Having spent almost 20 years in Saskatchewan politics, Brad Wall knows a thing or two about public policy. From his early days as MLA for Swift Current, to his tenure as leader of the Opposition, to the over 10 years he served as premier of the province, Wall has analyzed, negotiated, implemented and experienced countless policy deci-sions, at both the provincial and federal level. He’s seen what works, and what doesn’t.

And that is his message for Albertans. Four years into the downturn, with provincial and federal elections imminent, Wall, who is still based in Swift Current, is forthright. “We have to recognize that it’s not just the oil price that has caused the length and depth of this particular downturn for Alberta,” he says from the Calgary offices of Osler, Hoskin & Harcourt LLP, where he is a special adviser. “It actually began with the march towards policies that seem to be, by definition, opposing the oil and gas sector.”

Wall enumerates several at the federal level: the carbon tax, Canada’s agreement with the U.S. to reduce methane emissions (which, after signed by the Obama administra-tion, was walked back by the Trump administration while Canada remained committed to its targets), Bill C-69 (changes to the National Energy Board’s framework for evaluat-ing pipeline projects) and C-48 (the West Coast tanker ban). “All of these lower the competitiveness of Alberta’s oil and gas industry vis-à-vis the U.S.,” he laments.

“It’s a long list of things,” he continues. “Just in the last year or so, approximately $55 billion has been lost from the Canadian energy sector. Principally from the province of Alberta, principally from Calgary. And not necessarily to other economic sectors. It’s to other energy sectors in other countries. That’s policy. We’re doing this to ourselves.”

The motivation behind these policies, Wall believes, lies in the federal government’s dislike of the energy sector. “Look at the evidence,” he urges, “Gerald Butts [previously the prime minister’s principal secretary] talking about how he would like to see the end of the hydrocarbon industry in Canada by 2050. The prime minister talking about phas-ing out the oilsands. Conclusions can be reached. The policies they have implemented have exacerbated the price problem.”

Alberta’s NDP government, he says, is likewise no friend to the sector. “I can’t imagine a situation where I would call my province and its people and its job creators an em-barrassing cousin of the federation,” he says, referring to a comment made by Premier Rachel Notley in September 2015 in regards to improving Alberta’s environmental rep-utation. “I still can’t get over the fact that those words were said. It’s reasonable for Al-bertans to conclude that the provincial government had a view that Alberta wasn’t con-tributing like it should to Canada’s fight against climate change.”

The response, Wall continues, has been policies that have served to further un-level the playing field for Alberta’s energy sector in relation to the energy sectors in the U.S. and other Canadian provinces, including his own.

“It imposed a carbon tax on itself because it was tempted to believe in the notion of social licence,” he marvels. “Some of us said ‘it’s never going to work.’ If you’re that protester in a kayak protesting ‘dirty’ Canadian oil – the kayak, by the way, likely made from plastics – your mind is not going to be changed no matter how much Alberta pun-ishes itself.”

When Notley announced the carbon tax in November 2015, Wall says it was essentially an admission to all those who had branded Alberta oil as “dirty oil” that they were right.

He acknowledges the change of tune Notley has had of late, casting herself and her government as champions for Alberta oil and gas. “The question Albertans have to ask themselves before the provincial election is if the incumbent government is successful, which version of them shows up after re-elected?” he urges. “The first version that seems uncomfortable with Alberta as an international fossil fuel leader or the new champion-of-pipelines version? It’s a pretty big risk to bet on the latter.”

This is not to say Alberta and Canada cannot or should not be global leaders in the fight against climate change, Wall says. Rather than imposing carbon taxes with the aim of helping Canada, which accounts for 1.7 per cent of global GHG emissions, meet its Paris Agreement targets – to reduce its emissions by 30 per cent below 2005 levels by 2030 – governments need to think differently.

“Reducing 30 per cent of 1.7 per cent of worldwide emissions will do precisely what?” Wall asks. “Other than pose a threat to our economic competitiveness and exacerbate a problem that we already have with lower oil prices. What if, instead, we recognized the leadership that already exists in this country around carbon capture and sequestra-tion as it relates to the oil industry but also as it relates to coal?”

He notes the Boundary Dam Power Station near Estevan which, in the fall of 2014, be-came the first coal-burning power station in the world to successfully use carbon cap-ture and storage technology. The previous Conservative federal government partnered with Wall’s provincial government on the project. The Trudeau government has since walked away from it. “It’s now burning coal two times cleaner than natural gas,” Wall says. “The problem is, it’s too expensive right now as it’s a first-generation technolo-gy.”

The federal government, he opines, has squandered the opportunity to work with the private sector and the provinces to find a solution to drive down the cost of that plant so that they can help clean up the 1,600 coal plants currently being built around the world. “That would be Canadian leadership,” he urges. “It would be much more robust and innovative than a carbon tax, and would put us in a leadership position.”

Other policy decisions too, Wall says, would be helpful to Alberta. He believes the Trans Mountain pipeline will be completed, but Bill C-69 threatens to likelihood of fu-ture pipelines. “Can you imagine the dissonance of the federal government proposing a brand-new regulatory approval process – one the industry is saying will kill the chances for new pipelines – plus a tanker ban, in the middle of this downturn? All while it’s mov-ing heaven and earth to save SNC-Lavalin jobs. It’s shocking and if these policies stand, western alienation will grow.”

Another federal policy – equalization – could also do with change. Unilaterally renewed by the federal government for a five-year term last year, Albertans now pay approxi-mately $3 billion per year into the program (a portion of the approximately $20 billion in federal net transfers out of Alberta this year) while Quebec – a 400-year-old economy and the second most populous province in the country – receives two-thirds of the roughly $19 billion total. Wall’s government, in 2016, proposed to the federal govern-ment that it get back a portion of the approximate $500 million that Saskatchewan tax-payers contribute to the equalization program, in order to put front-line workers back to work completing abandoned wells. The idea was a $156-million federal investment that would complete 1,000 wells and create 1,200 front-line energy sector jobs.

“Our economy was reeling, people were out of work and we wanted to put them back to work doing environmentally important work,” he recalls. “The answer was a flat no. But it’s something the federal government could do, for Saskatchewan and Alberta.

“It’s particularly frustrating because the equalization formula really depends on natural resources capacity,” he continues. “Yet some recipient provinces in Canada, including Quebec, have policies in place to not develop their natural resources. If you have re-sources but are unwilling to develop those resources, why should you be eligible for the full equalization payment?”

Wall supports the idea of a referendum on equalization in Alberta, suggesting it wouldn’t go unnoticed by the rest of Canada. “It’s unfair,” he says plainly. “Even if the economy was firing on all cylinders, it’s unfair. Never mind this lengthy downturn in our two provinces and in other places like Newfoundland and Labrador.”

A vocal supporter of Jason Kenney, leader of the United Conservative Party of Alberta (who has said he would hold a referendum on equalization) for premier, Wall is optimis-tic change is coming to Alberta. “It feels like there’s a resolve,” he says. “It feels like many people have made up their minds. I don’t know if there’s a harder working guy in politics than Kenney, so I know he and his team will work like they are way behind.”

At the federal level too, Wall thinks Andrew Scheer, leader of the Opposition and Con-servative Party, should not be underestimated. “People have made that mistake with Scheer before,” he warns. “He is thoughtful in terms of policy development, he’s bilin-gual, he has a sense for the centre of the country where he was born and for the Prai-ries where he and his family call home, which gives me hope. He has a track record of winning and that takes a lot of hard work.

“And he supports the Canadian energy sector,” Wall adds. “I can’t say the same about the current federal government.”

Election projecting aside, Wall believes Alberta’s oil and gas industry has a strong fu-ture. “When Canadians are presented with the facts, even if they were previously una-ware of the energy sector and all that it does and all that we do in the West to make sure our resource sector is sustainable and responsible, they begin to support it even if they didn’t already,” he says. “Look at what happened with Kinder Morgan. It became a national issue and Canadians became more aware and began asking pragmatic questions around the fact that if we don’t build a pipeline and export our oil, it will simply be replaced by oil from places like Nigeria or Saudi Arabia. Everyone recognized that that’s not better for the world, the climate or human rights.”

He also points to the mainstream media’s coverage of Vivian Krause’s work on the for-eign-funded attack on Alberta’s oil and gas industry as evidence of increasing national awareness.

With no plans to re-enter politics, Wall will continue to voice his opinion on the policies affecting his home province, Alberta, Canada, modern agriculture and the energy sec-tor, whenever given the opportunity. A proud Saskatchewanian to the core, his last word runs deep: “Go Riders.” 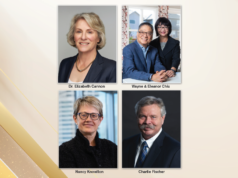 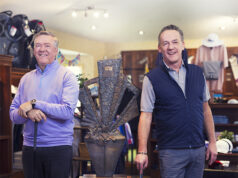