The future is now.

In the fall of 2014, Jayman BUILT was constructing homes that included a rough in for solar panels to be installed at a later date. That date arrived; in February 2019 the company announced that all new single-family homes will include rooftop solar panels as a standard feature. It is the first Alberta builder to include this; other Calgary homebuilders such as Excel Homes and Homes by Avi install solar panels as an add-on.

Jayman estimates it will build 450 homes with solar photovoltaic (PV) systems in Calgary and 300 in Edmonton in 2019.

The positive experience with its multi-family southeast Westman Village, the roof of which is essentially a solar farm, coupled with other favourable factors allowed the company to proceed full-on with the solar panel launch. “The provincial government’s rebate program provided incentive,” says Jayman BUILT president and COO Dave Desormeaux, “and the technological improvements in solar panel efficiency led to costs plummeting over the last few years, making it a feasible technology.”

Launched in 2017, Energy Efficiency Alberta’s Residential and Commercial Solar Program incentivizes solar installation to reduce the consumption of utility power. And Jayman’s solar PV system qualifies for the rebate program, reducing the system’s cost by 35 per cent, the savings of which are reflected in the house price.

Additionally, solar can save a homeowner $200/year on average in electricity costs, says Desormeaux. This includes credit from a home’s excess solar energy that’s exported back to the grid by a bi-directional meter and purchased by the electrical retailer.

Solar panels produce about 33 per cent of a house’s typical power requirements, and up to 50 per cent the more outfitted it is with energy-efficient features, such as LED lighting, triple-pane windows, high-efficiency furnaces and instant hot water. “We were happily surprised to see uptake right out of the gate,” says Desormeaux. “We include six panels standard and we’ve seen some customers adding more for a total of eight to 10.”

Jayman BUILT contracted the Calgary-headquartered SkyFire Energy as its official installer of solar panels. Since 2001, SkyFire has designed and installed more than 600 grid-connected and off-grid solar power residential systems in the territories and eight provinces as well as many commercial solar PV systems in Western Canada.

“While larger corporations tend to buy an energy package from a utility scale solar farm,” says SkyFire founder and CEO Dave Kelly, “isn’t it more fun to generate energy on-site with these pretty panels on your roof?”

The Tier 1 solar modules on the Jayman BUILT homes are manufactured by Hanwha Q-Cells headquartered in Seoul. Another reputable manufacturer is the Chinese company Canadian Solar with most operations occurring in Vietnam. At this time, there are no solar cell manufacturers in Canada.

SkyFire “is committed to helping Aboriginal communities gain long-term sustainable benefits from their solar projects.” It recently completed a 397-kW ground mount project for Cowessess First Nation in Regina and is currently working on the 1.3-MW ground mount Sundancer project for Ermineskin Cree Nation in the Wetaskiwin area.

Since 2018, SkyFire is a certified installer of the Tesla Powerwall, the backup battery that stores excess solar energy generated by a solar roof to power a home after sunset and during a power outage. Only a handful of homes in Alberta boast the Powerwall, says Kelly, due to its exorbitant cost. The same luxury price tag applies to the Tesla solar roof tiles, of which some homes in California have been outfitted, that can also be paired with the Tesla vehicle. This feature is not ready for the Canadian market due to our frigid winter temperatures.

While RV’s don’t have the same cachet as Tesla, their owners are similarly green-minded. Many are solar powering their vehicles for emergency back-up power, 0ff-grid adventuring, reducing generator use and saving money.

What’s on the cusp, or shoreline, rather, for solar panels in Canada is floating solar (FPV). In 2017, Layfield Canada Ltd. ventured into this market, inspired by Japan’s floating solar on ponds, reservoirs and, most recently, on golf courses. Experts in the design and installation of pond liners and floating covers since 1978, the BC-based umbrella company Layfield Group saw FPV as a natural extension of its business.

Floating solar is advantageous where land is unavailable for ground mount solar and where energy demands for municipal or industrial sites are located near man-made ponds. Power is brought to shore using floating conduit and converted to AC power with an inverter on the shoreline.

Layfield won projects in California but a number of factors, including Trump’s tariffs, halted the work, says Layfield’s Andrew Mills, the Edmonton-based product manager of special projects. Layfield was working with the state’s municipal water districts on reclaimed water projects, to reap FPV’s secondary benefit of evaporation prevention. And on wastewater treatment lagoons FPV also screens the sunlight from the water preventing the build-up of algae that can clog the pumps and impede the pond’s operations.

No projects have been secured to date from interested customers in Alberta and Saskatchewan, due to the high cost, which Mills is reticent to provide. The polyethylene floats, manufactured by France’s Ciel et Terre, are more expensive than the metal frames for ground mounts and rooftops. Ciel et Terre has been producing floats for the past seven years for floating solar systems in Europe, Japan, China and Malaysia. “People will have to work out the economics, if the value of the water makes it worthwhile to do floating solar,” says Mills.

“This is really brand new in North America and hasn’t happened on a large scale. But I’m confident it will take off in time,” he says. “When you’re first, there are big challenges to correct and that’s what makes it interesting.”

One of the 225 solar installation businesses in Alberta, ENMAX Energy has been operating in solar power for the past decade. To date, it has installed about 50 per cent, or 20 MW, of the installed solar in Alberta. And in Calgary, the ENMAX solar dealer for residential installs is GreenLight Power, which primarily uses the Southeast Asian-manufactured LG panels.

“While the silicon solar cells, the electronic goods, typically come from outside of Canada,” says John Rilett, ENMAX Energy’s director of Energy Solutions, “half the value of the distributed solar system – the design, installation and commissioning – flow through the local businesses into the Alberta economy.”

ENMAX’s solar customer portfolio is varied, from Calgary fire stations to the roof of the Harley-Davidson dealership in Red Deer to net zero solar installations on seven major buildings in The Town of Raymond. Upon completion of a few more projects, the town’s municipal buildings will be powered entirely by solar, making it one of the first net zero municipalities in Alberta.

One of ENMAX’s agricultural projects is a ground mount at Nelson Family Ranches near Stirling, Alberta. The solar system powers some of the livestock operations and is hugely beneficial in the summer months for powering the irrigation pumps and pivots.

Another good local example is the 300-kW rooftop system that ENMAX installed on the Glenmore Water Treatment Plant in January 2017. Since water treatment is a big user of electricity, Rilett says this project aligns with The City of Calgary’s energy strategy for its facilities to meet 100 per cent of its operational electricity needs through renewable energy.

Says Rilett: “We’re going to see more distributed energy resources, solar being a key part of that. This is the evolution of the electricity industry.” 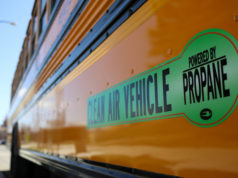 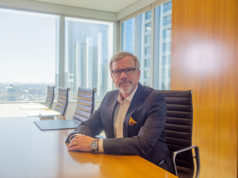