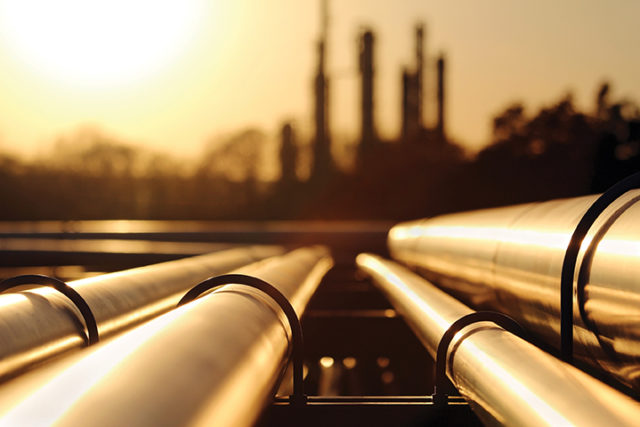 While many people and businesses, directly and indirectly impacted by Calgary’s two-plus year slump, think positive and hope for the much-awaited turnaround, oil industry analysts and insiders are refocused (a bit bruised) and realistic about strategizing, success and managing in the new normal.

There is industry consensus, no longer moping or gloom and doom, that while some people waited for the recovery, the industry was regrouping, redefining and morphing itself into the challenges and opportunities of the new way of doing things.

“All companies are adjusting and focusing on achieving efficiency and value for their assets,” says Ben Brunnen, vice president oilsands at the Canadian Association of Petroleum Producers (CAPP), the respected voice of Canada’s upstream oil, oilsands and natural gas industry. “And companies are responding in different ways.

“The oilsands is reducing operations and engineering costs. It is more output with less costs. Minimizing operational costs and achieving balance-sheet strength will give the investment community confidence in the Canadian upstream industry. From the investment perspective, it means lower risks.”

Analysts and experts agree that while the actual oil price will continue to be a vital industry factor, the new normal continues to evolve with new priorities and strategies.

“After decades of expecting an up cycle, more and more large and small oil and gas companies have become much more price conscious about their costs,” says Dr. Bob Schulz, professor of strategic management and academic director, Petroleum Land Management, at the University of Calgary’s Haskayne School of Business. “The companies that have cash are moving ahead with their plans. The smaller ones that don’t have cash are more cautious.

“What usually happens is the business budget has already been set for 2018, likely forecasting for $48-$50 ppb, maybe higher. We likely won’t see any more cuts and probably cautious hiring. I think this will be a year of consolidation going sideways.”

“Companies have had to maximize their cash flow and take a long look at their cost structure,” notes Jackie Forrest, director of research at Calgary-based ARC Energy Research Institute, which conducts economic and investment analysis for ARC Financial Corp. and its stakeholders. “Oilsands and non-oilsands operations are looking for opportunities to cut costs and asking service companies to deliver at a lower cost.

“In the oilsands a lot of the jobs were engineering and staffing of mega projects, but mega projects that take five to seven years of spending before the first barrel of oil comes out of the ground are simply not being built.

While theories and overviews are important to better understand the uncharted new normal in the oil and gas industry, the contemporary logic of some dynamic, smaller Calgary-based companies is a good barometer of the new normal.

“During this downturn, we have improved our strategic positioning while protecting our financial position,” explains Ken Lamont, chief financial officer at Crescent Point. “In 2016, we exceeded our production guidance, improved our drilling efficiencies by 11 per cent, lowered our capital costs, developed new plays in the Uinta and Williston basins, began testing new water-flood technology and increased our drilling inventory by 1,000 net new locations.”

This was achieved under budget with a total payout ratio of 89 per cent. “Financially, we remain disciplined and balancing our cash outflows with inflows,” he says with positivity.

Although it is not spelled out in any detailed business plan, Haskayne’s Schulz underscores the keys to new industry success. “Innovation, innovation, innovation! Today’s companies must find and link together the innovative people in their own companies. At Haskayne, there is tremendous emphasis and targeted workshops about innovation.

“The essential new reality is that the industry’s leaders, not 60-plus but 40-plus, are focused on technology, collaboration and innovation. The new normal requires collaboration, more than competition, between companies.”

“There’s a huge refocus on the Industrial Internet of Things,” Schulz says with enthusiasm. “The use of sensors in the field, growing awareness of big data, more analytics (trying to forecast when pumps may go down), crypto currency, drones and so much more. It’s a digital oilfield now. If there is a hiring blitz, it will probably be in the data and analytics division.”

Lamont echoes the impact and importance of technology. “The culture of a company is a very important ingredient for success. At Crescent Point, we are driven by a knowledge-first culture, which has led to us being pioneers in advancing new technologies and the discovery of new plays.

“Crescent Point was an early adapter in microseismic, cemented liners, closable sliding sleeves, fibre optics, injection control devices (ICD), among other technologies. We continue to see the benefits of this growing data set and are transferring technical knowledge across our asset base.”

Technology has also been a critical factor for MEG Energy, the Canadian oilsands company focused on sustainable in situ oilsands development and production. “Our ongoing technological developments are significantly changing the way we operate and grow,” says Davis Sheremata, MEG’s senior external communications advisor. “These technologies enable MEG to meaningfully reduce its steam-oil ratio, making it possible to reduce capital requirements for steam and water handling and decrease operating costs.

“It also allows for future expansions on a continuous basis as opposed to project by project, while offering significantly higher returns and reducing the company’s greenhouse gas emissions intensity.”

Sheremata underscores the role of technology in the industry’s new normal, and outlines that MEG’s growth plans through 2019 are focused on utilizing technology to increase production, while reducing costs and the company’s steam-oil ratio. He says evolving technology will allow MEG to reduce cash costs by $4 to $5 per barrel and continue economic growth going forward in the current price environment.

Investment flow is a pivotal industry factor. “Companies with a low-cost structure, with low-lifting cost for every barrel, make the most economic sense for investors,” Forrest explains. “They have plays that can be invested in: shorter-cycle investments; developments that can pay back more quickly.

“Investors no longer look for mega projects that take five to seven years of spending before the first barrel of oil comes out of the ground. For new investment, we are seeing a shift to new developments in tight oil and shale gas that are located across the province centred around Grande Prairie but also in other regions of WCSB as well,” she adds. “Over time, we may see new investment in oilsands too, especially smaller projects that are incremental to the existing projects with lower economic hurdles than the large mega projects and faster payback and cycle times.”

She emphasizes that investment’s shift away from mega projects doesn’t minimize the vital value of the oilsands. “Canada supplies four per cent of global liquids, and production is still growing due to oilsands projects that were sanctioned before the downturn. New investment should push Canada’s total production to near 4.5 MMB/d.

“After the next several years, oilsands growth is expected to slow since no new projects have been sanctioned since the downturn. But even then, these long-lived low-decline oilsands facilities will keep Canada in the ranks as a top global oil supplier for decades to come. They will provide jobs and economic benefits for decades to come.”