On the evening of Saturday, May 27, 2017, Calgarians will have an opportunity to honour a special woman and support a worthwhile cause by attending the inaugural fundraiser for the Deborah Zimmel Triple Negative Breast Cancer Fund.

Deborah Zimmel was a loving mother, wife and friend who was diagnosed with triple negative breast cancer in December 2012. Family and friends saw her fight the disease for over two years until her passing on September 26, 2015.

Taking place at the spectacular new Studio Bell, home of the National Music Centre, the evening will feature live music by Calgary’s own Bow River Band, cocktails and hors d’oeuvres, a silent and live auction, and two speakers intimately connected with breast cancer: Bif Naked, a Canadian singer, songwriter and motivational speaker who was diagnosed with breast cancer in 2007; and Dr. Sunil Verma, head of the department of oncology at the University of Calgary and medical director at the Tom Baker Cancer Centre.

“Bif Naked will be sharing her story of determination, strength and resilience, while Dr. Verma will be providing his insights into triple negative breast cancer research and treatments. It will be fascinating to hear them both speak,” says Zimmel.

Triple negative breast cancer (TNBC) tends to be more aggressive, more likely to recur or spread, and more difficult to treat. TNBC disproportionately strikes younger women, African-American women and those with BRCA1 mutations. It is a subtype of breast cancer that is diagnosed based upon the lack of three receptors: estrogen, progesterone and human epidermal growth receptors 2 (HER2), known to fuel typical breast cancers. As most chemotherapies target one of these receptors, TNBC treatments usually require intensive combination therapies.

The Deborah Zimmel Triple Negative Breast Cancer Fund is the first in Canada committed to TNBC. This year’s inaugural fundraiser will grant all donated funds to Wings of Hope, an organization that helps ease financial burdens and promotes wellness for low-income people living with breast cancer in and around Calgary. This partnership will also further support those women diagnosed with TNBC.

“It is going to be a beautiful event in a beautiful venue,” concludes Zimmel. “We plan to let the community know we are here to stay and we are going to continue raising funds and providing support for many years to come. Calgary is only the birthplace of this fund; we are hoping to take it to the rest of Canada.”

To purchase tickets or to donate, please visit https://www.deborahzimmeltnbcfund.org. 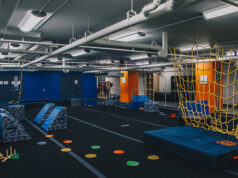 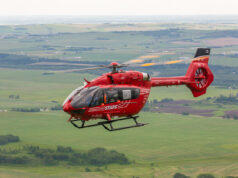