Throughout most of this history, the industry received very little public or political attention. Pipelines were proposed, approved, built and regulated (including through national parks) without much ado. Over the last 10 years however, everything changed.

“A lot of things that had been evolving came to a head for the pipeline industry in 2016,” explains Chris Bloomer, president and CEO of the Canadian Energy Pipeline Association (CEPA), which represents the 12 major pipeline companies that move 97 per cent of Canada’s natural gas and onshore crude oil. “There had been a growing dialogue around a number of issues including the environment, indigenous concerns, access to markets and perceptions of safety – pipelines had become the focus for a broad array of issues.”

Gaétan Caron, former chair and CEO of the National Energy Board (NEB) and current executive fellow at the University of Calgary’s School of Public Policy, traces the onset of this focus to a series of major energy sector accidents, all of which occurred in 2010. The Deepwater Horizon oil spill, the Kalamazoo River oil spill and the San Bruno natural gas pipeline explosion cast the oil and gas and pipeline industries in a terrible light.

“[These accidents] presented to a global audience a picture of a non-renewable energy sector fraught with risks and capable of having major negative impacts on people and their environment,” Caron explains. “At the same time, a perception that the federal government was not doing enough in the fight against climate change made some people leverage public hearings for pipeline projects as a place to convey their concerns.”

Indeed, climate change has had much to do with it. “We are in the midst of a renegotiation of our energy systems and there is a growing belief that we’re heading toward a low-carbon future,” says Trevor McLeod, director of the Centre for Natural Resources Policy at the Canada West Foundation. “Sadly, the pipeline sector (and oil and gas more broadly) have become a proxy for climate action in the minds of many.”

Government action, too, contributed. Jennifer Winter, scientific director, energy and environmental policy at the University of Calgary’s School of Public Policy, says that changes to the National Energy Board Act and the Canadian Environmental Assessment Act by the Harper government in 2012 (meant to improve the regulatory process) triggered public and political abhorrence. “Those changes became part of a broader political discussion and enabled a negative political response from the federal Liberals and NDP,” she explains. “That played out in the 2015 election.”

Statements that the public doesn’t trust the NEB anymore were made, most notably by Prime Minster Justin Trudeau. “And I think statements like that can be very damaging to the regulatory environment,” Winter says.

The industry, Winter says, took time to react. “They were slow to realize that this change was happening and to realize that arguments about economic benefit associated with the energy industry aren’t particularly salient.” Environmental arguments, on the other hand, have instant emotional draw.

During the same period, market access issues came to the fore. The drop in energy prices in late 2014 drove the point home: with limited access to markets, the Canadian oil and gas industry is vulnerable to swings in the oil price. Pipelines to Eastern Canada, the U.S. and the West Coast are needed.

By the beginning of 2016, things were bleak for the industry. “It was very uncertain, challenging and difficult to see where things were going to go,” Bloomer recalls.

Accordingly, CEPA is trying to change public opinion. Last year, it conducted a survey on public perceptions of pipelines. One important finding: approximately 30 per cent of people are conditional pipeline supporters. “And with more information, there is the potential they can become full supporters,” Bloomer says.

This information, he explains, must include the pipeline industry’s approach to safety and its impact on the economy.

CEPA says the safety record of Canadian pipelines is 99.999 per cent. “Our target is to get to zero [incidents], but we operate with world-class safety standards,” Bloomer says. In 2013, all CEPA members entered into a Mutual Emergency Assistance Agreement, which formalizes the practice of members requesting assistance from each other when needed.

According to the Transportation Safety Board, between January and November 2016 there were zero pipeline accidents reported in Canada, nor were any reported in 2015. That same year, along federally-regulated pipelines, 38 companies transported 1.4 billion barrels of oil and 65 companies transported 152 billion m³ of natural gas. The 2010-14 average was eight accidents per year.

“Pipelines remain the safest way to transport oil and gas,” says McLeod. “The increase in the use of rail to export our petroleum means we are using a mode of transportation that carries higher risks of spills and related injuries and has a higher GHG footprint.”

Prior to 2012, almost all petroleum products were transported via pipeline, but as pipeline capacity becomes more constrained, crude-by-rail shipments have spiked. In January 2012, just over 9,000 bpd of crude oil was exported via rail; by January 2016, rail exports increased 925 per cent to 96,000 bpd.

The pipeline industry’s contribution to the economy is, Bloomer believes, under-appreciated. According to McLeod, in 2015, the operation of pipelines had a direct impact of nearly $4 billion on Canada’s GDP. “Across Canada, 18,772 jobs exist because of the pipeline industry (direct, indirect and induced). Thirty-five per cent of these jobs – nearly 6,500 – are in Alberta.”

“The contribution to the economy, in terms of revenue and employment, for any given pipeline is relatively small,” Winter clarifies. “What matters is the industry’s role in enabling trade and the flow of energy from producing regions to consuming regions. This infrastructure is part of what underpins society and the lifestyle we enjoy.”

Improved engagement with communities is also part of the plan. “Companies and communities tend to be on different timelines and, often, they seem to speak different languages,” McLeod explains. “We are getting better but there is still some distance to travel.”

To the industry’s relief, 2016 closed out on a few high notes. The federal government approved Kinder Morgan’s expansion of the Trans Mountain pipeline, Alberta’s only pipeline to the West Coast, which will triple its capacity. It’s expected to come online in 2019.

“Expanding Trans Mountain is a good start, but it still leaves Canada with only one pipeline to move our oil to the fastest growing markets,” McLeod says. He notes the U.S. now meets about 90 per cent of its energy demand with domestic resources, and its oil imports are declining. “It is in the Asia Pacific region that demand for oil will continue to increase – not just in China, but also countries like India and Indonesia.” For now, Trans Mountain is the only route West, as Enbridge’s Northern Gateway pipeline was rejected by the federal government.

Other positives were the approval of Enbridge’s Line 3 replacement, which will add 370,000 bpd capacity to the U.S. Midwest and the election of Donald Trump as president of the U.S., who approved TransCanada’s Keystone XL project during his first week in office.

On the climate change front, Bloomer is hopeful Alberta’s government has positioned itself, through policies like the 100 megaton cap on the oilsands and the carbon tax, to support pipelines. “Industry knows that, through technology, it can make changes and meet the goals of producing and growing within that cap.” Caron says the federal government’s approval of pipelines is a good sign, given its position on climate change.

What the future has in store for Canada’s pipeline industry, no one knows. With the critical, albeit conditional support, of the federal and provincial governments, the industry has cause for optimism. Its record on pipeline safety, community engagement and environmental stewardship will bear much weight. 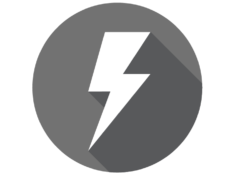 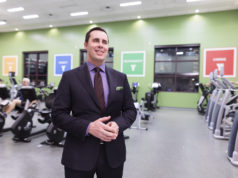