For Calgary’s residential real estate market – while economists, analysts and real estate agents cautiously mention a recovery and speculate about the factors that may determine the new normal – the outlook for 2017 is encouraging.

The year 2016 was a bumpy ride for Calgary housing starts and the resale market.

In particular, Calgary-area homebuilders scaled back single-family construction. Although early fall (September) was the most active month this year for housing starts in Calgary, overall 2016 was slow for homebuilding in the city, according to Canada Mortgage and Housing Corporation (CMHC).

“A number of factors impacted the decline in housing starts in the Calgary market,” explains Richard Cho, principal, market analysis (Calgary) at CMHC. “Of course there is the downturn in oil prices and the economy. There is also the important factor of the significant drop in full-time employment, and an overall dip in Calgary population growth and migration. They are each major drivers of Calgary housing starts.”

The CMHC specifics show Calgary housing starts actually spiked a bit, to 14,279 in September, on an annualized and seasonally adjusted basis, higher than any other month in 2016. Unfortunately, it was down from 15,535 in September 2015 and 18,272 in September 2014.

When it comes to tracking Calgary’s resale trends and details, 2016 was both a challenging and an interestingly unusual year. “No doubt about it,” notes Cliff Stevenson, president of Royal LePage Benchmark and outgoing president of the Calgary Real Estate Board (CREB), “it ended up being a challenging year. Migration numbers and employment numbers ultimately drive the housing market, and in almost every way – the downturn, the economy, the job market and migration – the Calgary real estate market had an unfortunate perfect storm.

“It was challenging but it was also a resilient year, especially for sellers. Pricing was not hit as badly as many thought it would be. But, interestingly enough, it has also been a uniquely ‘segmented year.’ Various segments of the Calgary resale market reacted differently from each other. That aspect was unusual.

“For various reasons, October was a bit of an anomaly. The market surged in October and home sales actually reached pre-downturn levels for the first time in about two years.”

CREB figures show Calgary resales increased from last year’s levels, with more than 1,600 housing units sold in October, a nearly 16 per cent spike from 2015. “We suspect it was partially due to buyers wanting to buy before the mortgage rule changes took effect, but also the lower prices and availability of homes in some lower price ranges.”

CMHC’s Richard Cho cautions that “relying on seasonally adjusted annualized rates alone can also be misleading, because they are mostly driven by the multi-unit segment of the market. That specific stat can (and usually does) vary significantly from one month to the next. Looking at the actual number of housing starts for the entire year is more reliable and highlights how much slower 2016 has been, based on Calgary’s normal and recent past.”

Speed bumps area builders are dealing with include the direct impact of the two-year downturn and inevitable comparisons to what was, by all opinion, four vibrant, pre-downturn years of booming housing starts.

Cho refers to a mid-year CHMC report that highlighted single-detached starts were likely to decline last year, to between 3,300 and 3,500 units, explaining that it follows a 36 per cent year-over-year decrease in 2015, when 4,138 single-detached homes were started.

The report cited the completed and unsold single-detached inventory, which includes spec units and show homes, was projected to be stable in 2016.

“Many of the homes under construction have been pre-sold or are replacing spec units that have been purchased. While the rate of absorption is expected to move lower,” he says, “inventories will be carefully managed throughout the rest of Calgary’s downturn and a majority of the new homes are expected to be absorbed at completion.”

Multiple starts – which include semi-detached, row and apartment units – reached 8,895 units in 2015 and were projected to decline. Unfortunately, Calgary’s robust pace of 2014 and even 2015 new home construction didn’t happen with the broadside to Calgary’s labour market, higher builder inventories and a rise in the rental apartment vacancy rate that combined to hold back many new developments.

Another negative for Calgary builders and housing starts is the still sagging loonie. Builders pay for most materials and supplies in U.S. dollars, so the exchange rate is also a hit for the bottom line of many builders and developers.

While practical business forecasting, as well as good old-fashioned wishful thinking, is cautiously optimistic about 2017 as a slow start for a recovery, and perhaps a new normal for Calgary real estate agents and homebuilders, they suggest a natural pause between a rebound in oil prices, a recovery for the Calgary economy and a resurgence in new home construction and the resale real estate market.

The experts point out that – when the recovery happens – resale consumer confidence will likely not be “instant,” as many people hope and assume. For housing starts, homebuilders may struggle rehiring the labour they need for the renewed sales activity. Some trades have already relocated to other areas just to find work.

Even with the Calgary roller-coaster of resale real estate, CREB’s Stevenson and CHMC’s Cho speak with cautious but genuine positivity about some real estate aspects of 2016 and looking ahead to 2017.

“Despite the trending, there have been market improvements in the past year.

We have seen prices adjust and start to get a bit closer to the current economic environment. And, according to many indicators, we expect to see the market gradually shift from a buyer’s market to more of a balanced market in 2017,” Cho says.

CREB numbers illustrate that while resale activity took a hit in 2016, price drops were not as significant as many expected. Stevenson points out sales in the high-end, luxury segment of the Calgary resale market improved from year-to-year sales in 2015.

With a bit of a silver lining, 2016 was an important learning curve for Calgary Realtors. “There were so many challenges, so many issues that needed to be managed, that it pushed us, as professionals. It has tested us and it has helped us grow.” 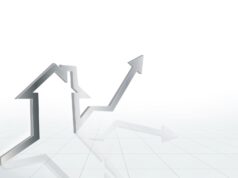 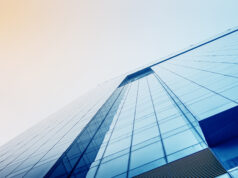