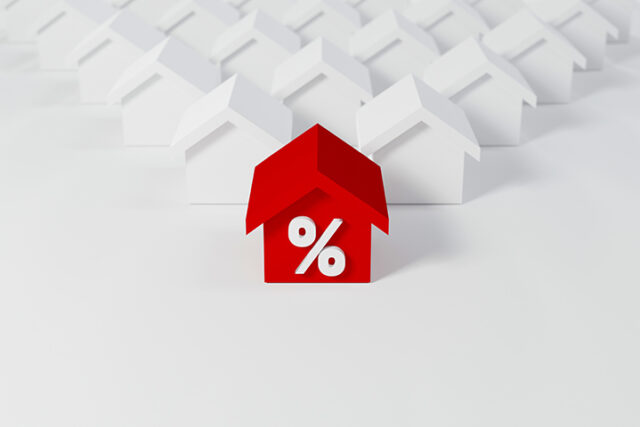 It continues a bumpy ride for banking. For personal and corporate customers and also for the banks, as they manoeuvre – some say knee-jerk react – to the various strategizing and machinations for managing the Canadian economy.

In mid-October, the Bank of Canada bumped its benchmark interest rate to 3.75 per cent. In the real world, it is the rate that Canada’s retail banks are charged for short-term loans, and it inevitably filters down to the rates banks charge for personal accounts, mortgages and business customers.

It is no longer guesswork or speculation and economists and CFOs agree that the bumpy ride will have to stay high, well into 2023. They track the central bank’s strategy and point out that, after slashing its lending rate to near zero early in the pandemic, the Bank raised its benchmark rate an unexpected six times, since March.

Meanwhile, the Bank openly, boldly and firmly admitted its overarching logic: one of its sharpest tightening campaigns ever, to deflate Canadian inflation, which has spiked to its highest level in decades, and try to force inflation back to the Bank’s two per cent target.

“Rising interest rates reflect an effort to combat inflation,” explains Olympia Baldrich, vice president, Real Estate Secured Lending with TD Bank Group. “The Bank of Canada has increased the benchmark rate, helping prevent high inflation from becoming entrenched. This benchmark rate then serves as a reference point for the interest rates that financial institutions charge to their customers. There are many factors as to why rates will cool following the hikes, including the slowing down of economic growth, bringing inflation back to ideal levels.”

There is a dangerous contradiction. When Canadians borrow and spend, the economy does grow. And, while a growing economy is a good thing, it can become unsustainable, because demand outpaces supply, causing inflation to spike.

While the most recent increase was less than the 75-point hike which some economists and investors were expecting, money experts explain that the boosted central bank rate is ultimately intended to help bring down the cost of living, by forcing Canadians to spend and borrow less. Analysts crunch the numbers and warn that it will take some time and that current rates, maybe slightly higher, may last through the end of 2023 to help bring inflation back down.

The experts also explain that the most direct impact of the rate increases has been on the mortgage market. Stats show that the cost of borrowing for a home has almost tripled since this past winter.

For many analysts, it was inevitable. “Forecasters were expecting an orderly elimination of excess economic capacities from the sharp economic downturn in the early months of the pandemic,” notes Patrick Perrier, deputy chief economist with CMHC, “and a gradual rise in interest rates, as the central bank aimed to keep inflation under control. Since then, inflation has risen more than expected and far exceeded targeted rates in several inflation-targeting economies, including Canada.

“The war in Ukraine and the resurgence of COVID infections in China contributed to increasing energy and food prices. As demand continued to grow with the pandemic-related recovery, the global and Canadian economies witnessed more demand and inflation pressures than expected in 2022.”

He points out that Canada’s annual inflation rate in the all-items Consumer Price Index (CPI) was eight per cent in June, which was a four-decade high, and declined to only seven per cent in August, mostly due to decreasing energy prices.

On the flip side, respecting the valid and sound explanations, there is leery criticism that, despite the no pain/no gain theory, higher rates will only increase the pain for consumers and businesses that are already feeling the pinch of inflation and high borrowing costs.

There is definitely a good and a bad about higher interest rates. In some ways, interest rates are a matter of perspectives. Mortgages. Consumer loans. Business loans. Operating accounts for business.

For consumer lending, high rates mean people pay more for debts, leaving them with less money to spend on goods and services, reducing consumer spending and causing business revenues to drop. Higher interest rates are shown to make people spend more on budget products, while cutting down on luxury and durable products such as cars or houses.

The impact is also a negative for business. When interest rates are high, businesses tend not to borrow money for investment and growth, and companies deal with drops in sales and services. The cost of borrowing increases. Debt payments are higher. Some say high interest rates trigger a vicious circle for businesses. Lower consumer consumption reduces business revenues, which leads to decreasing output and need for staff.

There’s a somewhat convoluted and painful upside. It works, when it comes to shrinking inflation.  “Higher interest rates encourage savings and discourage borrowing and, in turn, spending,” Baldrich says. “In response, companies increase their prices more slowly or even lower them to encourage demand. When spending declines, demand will fall and, eventually, so will the price of everyday goods. This reduces inflation and helps steady the economic environment.”

In addition to lower inflation/lower interest rates being good for home building and the real estate market, particularly for first time buyers, lower interest rates are a boost for business. The cost of borrowing decreases. Businesses are incentivised to borrow money for spending or investment. Debt payments are lower. And invariably enables consumers to spend on goods and services and increases consumption. Higher consumption results in more revenues for businesses, which increases their output and demand for labour.

For consumers, aside from the basic discretionary spending, the biggest impact of the higher rates is the affordability of buying a home with a high mortgage rate. “While a fixed rate mortgage is not directly impacted as it is locked into the rate negotiated, at the beginning of the mortgage term,” Baldrich points out. “With a variable rate mortgage, depending on the mortgage agreement, the monthly payments may not change, but more of the overall payment will go towards interest, which will increase the outstanding balance.”

Perrier explains that higher mortgage rates are not only impacting real estate sales and affordability, but they are also a broadside for renters. “The house price decline over Q2 2022 to Q2 2023 will be mitigated by rising demand from population growth, elevated construction costs and limited housing supply. In 2023, normalizing interest rates, the rise in population and households’ income, along with insufficient growth in supply will continue to put upward pressures on prices and rents.

“Higher mortgage rates and reduced household income make it more challenging for renter households to access ownership, and push others out of ownership. Given limited supply and the pressure on rental markets, rents will likely increase, worsening already challenging rental affordability conditions.”

Economists and analysts agree about a fine line between high and low interest rates. Low interest rates can lead to over-indebtedness of the economy, overvalued asset prices and undervalued risks, and lower overall productivity.

For business, low rates can lead to more spending as both small and large businesses borrow to upgrade equipment, invest in new technology. Some may even buy out competitors.