Since the first Scotsman swung a club in the 1400s, golf has become a worldwide phenomenon enjoyed by millions. And for more than 100 years, Alberta Golf has helped golfers of all ages and ability levels on this side of the pond to grow the game. With a membership of 50,000, it may represent a large number of golfers but with a pool of 300,000 Alberta golfers, it’s looking at new ways to reach even more.

“We’re trying to take a big step forward in Alberta this year,” says Phil Berube, executive director and CEO of Alberta Golf. “We’re introducing a new membership program that will appeal to all golfers.”

Alberta Golf has been best known for its handicap and scoring system and membership traditionally appealed to golfers who belonged to one of the 175 courses the association supported. These golfers played or competed regularly, diligently entering their scores and keeping an active handicap. The new membership program being rolled out this spring appeals to individual golfers and provides them with great benefits while inviting them to help grow the game further. This will attract golfers without memberships along with members from the 125 golf courses not currently involved with the association.

The new membership model still accommodates a golfer’s desire to keep score, track progress and support the association’s mandate to be stewards of the game but it offers other tangible benefits as well. For a low annual fee, golfers receive custom labels displaying their membership number that they can stick on their clubs. Should a club get misplaced or left behind, golf courses can easily find out to whom it belongs and return it to its owner.

Membership also includes an insurance package that covers golfers in the event of an errant tee shot that breaks a window or a wicked slice that damages someone’s property.

“If a golfer hits a house, golf courses have traditionally paid the homeowners out of being a good neighbour but now they can say it’s up to the member to pay it out of their insurance,” he says.

Membership also covers inadvertent damage to golf carts as well as up to $2,500 in equipment coverage for lost or stolen clubs.

On top of these benefits, members receive a rule book, Golf Canada magazine delivered to the door, membership to Golf Canada and, where eligible, participation in national and provincial championships. The value is incredible, and the goal is simple: to get more people playing the game.

Alberta Golf was originally established to declare a men’s and women’s amateur provincial champion each year. Now it has evolved to include around 125 programs and events, all funded by membership revenues, that help promote golf in the province.

The association helps organize 13 championship tournaments each year that attract top players in all categories – men, ladies, juniors and seniors. It also helps introduce the game to Alberta youth through various junior programs. The association is even organizing a junior golf summit that gives program operators a chance to share their success stories and strategies with other course owners, operators and managers.

“We want to contribute more in the future to best practice sharing,” he says.

Today’s youth programs are wide reaching. Alberta Golf sets up booths at girls’ hockey and ringette tournaments in an effort to cross-promote the sports as part of the She Swings She Scores program. Future Links and Golf in School programs also help get clubs into the hands of kids who have never played before. The association supports more experienced players looking to develop their skills and earn a spot on Team Alberta or acquire scholarships as well.

“Our sport pyramid extends to our high-performance athletes, and we supply some of our more elite players with coaching and instruction throughout the year,” Berube says.

Alberta Golf is investing a lot of resources into developing these players as well as in encouraging the young players coming up to strive for that level of excellence. At the same time it supports weekend golfers in their efforts, whether that is improving their score in the handful of rounds they might play each year or working toward qualifying for championship play. Alberta Golf is a great resource for all golfers and the organization is involved in the majority of the sport’s events across the province.

To accomplish this, Alberta Golf relies heavily on its stable of volunteers. At any time, around 200 golf enthusiasts are on hand to fulfil a variety of functions, from manning stations at events to educating people about rules at tournaments to completing course ratings. As Alberta Golf moves forward, it is looking to be more strategic about how volunteers are utilized as a means to broaden the volunteer base and keep the programs running smoothly.

Alberta Golf’s new membership program is sure to be the talk of the tee boxes this season as word spreads and more courses and players jump on board. From duffers to champions, everyone can benefit from joining Alberta Golf. 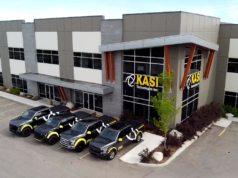 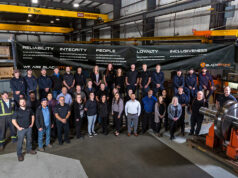 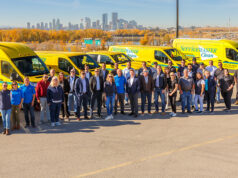