A prolonged recession took its toll on the oilpatch for the past two years as thousands of people were laid off by the vicious downturn.

Now, in a bizarre twist of fate, companies have been experiencing a difficult time finding workers with drilling activity on the upswing.

“The big challenge is that there certainly is a big shortage of trained, skilled, experienced people in our industry,” says Mark Scholz, president of the Canadian Association of Oilwell Drilling Contractors. “There’s no question about that. Because of the reality that there was just not enough work to maintain our existing staffing levels, many senior highly-skilled individuals left the industry to find employment elsewhere.”

“So we are in a position where we are having a difficult time bringing back those skilled people into the industry and being able to quickly train entry-level folks and bring them up to a competency level that is safe and appropriate for our type of business.”

“The figure we often use is every rig that is working generates about 135 to 145 direct and indirect jobs,” says Scholz. “When you look at those numbers and you take where we should be at in a better year, 450 to 500 rigs working, even more than that in some of our busier periods in the history of the industry. We’ve seen literally tens of thousands of people who have been impacted and out of work because of the downturn. Keep in mind that 2016 was the worst period on record that we really have seen in this industry.”

“You have to go back to the ’80s to see something that would be comparable [to] the employment challenges we have experienced today. But many veterans in the industry would say 2016 was much worse.”

Mark Salkeld, president and chief executive of the Petroleum Services Association of Canada – with a member base of 175 companies – says the industry lost more than 100,000 workers over the past two years.

“We’ve been experiencing a downturn on the oilfield services side of things since early spring 2014 when drilling programs were cut and people and equipment were sent home,” says Salkeld. “We don’t make money when we’re not working not like producers who still have revenue streams from their production. When they shut us down, we stop making money so we have to act fairly quickly. One of the most unfortunate things that happens is layoffs.

“Member companies did everything they could to save as many people as possible. Those companies that could afford to kept key personnel on staff because there are many skills you just can’t hire off the street in the services sector…. The current situation is with this uptick, those that could afford to retain are working. Those that they could recall are back to work and now we’re in a situation where we’re hiring new.”

The first quarter was busy for the industry as a few thousand people were hired back but Salkeld said it is difficult to determine what to expect for the rest of the year. There is cautious optimism though. And there are concerns about future hiring.

“A lot of people have been gone for two-and-a-half years so they’ve found jobs in other industries. They’re not coming back,” he says.

In its most recent 2017 Canadian Drilling Activity Forecast, PSAC reports the number of wells drilled would be 5,150, representing an increase of 975 wells, or 23 per cent.

In December, the Oil Sands Labour Demand Outlook to 2020 Update report, released by PetroLMI, a Division of Enform, predicted a “modest” recovery of about 3,400 net jobs over the next four years as companies shift their spending from expansion to maintenance, repair and optimization of their operations.

Employment is forecast to grow by about six per cent from an estimated 63,800 in 2016 to 67,200 in 2020. Jobs in on-site construction and module fabrication will decline by 6,500 but will be offset by an increased requirement for 9,900 workers to support ongoing operations, maintenance and turnaround activities, said the report.

With current oilsands construction projects nearing completion and no new major projects on the horizon, demand is expected to increase for jobs such as heavy equipment operators and welders, while occupations more closely connected to growth-related capital spending such as some engineering roles, geoscientists, construction managers and estimators, are expected to experience below-average growth.

Rob Cox, vice-president Canadian region for Trican Well Service, says the company had about 1,200 employees in the early part of the year from Fort St. John to Estevan with 14 operating bases in between.

‘‘It’s challenging. It’s tougher I think than any of us thought with the unemployment rate the way it was in Western Canada and throughout North America,’’ says Cox. ‘‘We felt that it would be quite a bit easier to bring people on but we’re finding a challenge getting the qualified people, the people who are experienced and done this kind of work before to come back to the business. They’ve been stung with a two-year downturn and have gone on to new careers and found a comfort range where they are and they are not as willing to come back. Certainly some have come back and they’re good employees but I guess we thought we would see more experienced people wanting to come back into the patch.’’

Trican has resorted to recruiting a little differently. It is going beyond newspaper and radio advertising by making more use of social media and career fairs.

The difficulty in hiring does not come as a surprise to Todd Hirsch, chief economist with ATB Financial.

‘‘A lot of those workers were what we call inter-provincial so they’re from the East Coast often and they were up working in Fort Mac or Peace River somewhere and now they’ve gone home. They’re probably not as easy to attract back just on a turn of a dime,’’ says Hirsch.

‘‘This (recession) is a little bit more difficult because there’s been so many people laid off. You have to go back to the 80s to find something as severe as this. So this is worse than a typical downturn where they might have shed five or 10 per cent. This is down almost a quarter. Now to fill up some of that hole that has been left is going to be harder than it has been in typical recessions.’’

Carol Howes, vice-president of communications with Enform and PetroLMI, says there was an expectation as long ago as last spring that difficulties in hiring would start to happen once activity picked up.

‘‘A lot of the workers have left the industry and have gone on to do other things. That’s particularly true of the service sector where a lot of the workers can go and find other trades jobs or move elsewhere. A lot have gone back East. After two years of a downturn, they’ve looked for other opportunities because they needed to do so,’’ says Howes. 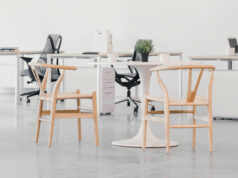