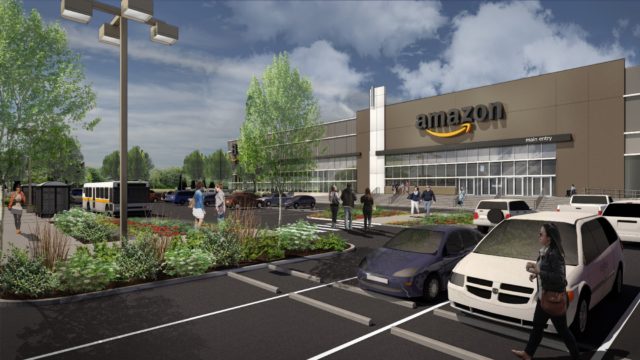 All the attention and headlines in Calgary’s commercial real estate market have been dominated by the downtown office sector over the past year.

Perhaps rightly so as that particular sector is a good barometer of what’s happening in the overall city economy. And quite frankly, it was a brutal couple of years for downtown office space following the collapse of oil prices in the latter half of 2014, leading to thousands of job layoffs in the corporate oilpatch and two years of recession.

But through all the pain and sadness in the commercial real estate market, there was a bright light in the Calgary region – a strong and healthy industrial real estate industry that saw total absorption, which is the change in occupied space, jump to a positive almost 2.5 million square feet.

Jon Mook, executive vice president specializing in industrial leasing and sales for Barclay Street Real Estate, says overall there was definitely increased activity in 2017 with many companies making decisions to grow their business as well as new companies coming into the market.

“In the last half of the year especially there was some overall optimism in the market and that led to increased activity; and the biggest drivers were probably the distribution sector, the food industry and the tech sector. Those were the biggest drivers for growth if you looked at it from an industry standpoint. That resulted in a number of larger transactions,” says Mook.

The numbers for the market ended 2017 on a very impressive note. Vacancy overall dropped 0.5 per cent from the third quarter to 6.52 per cent, according to Barclay Street Real Estate research.

The vacancy rate has also dropped by 1.47 per cent since the beginning of 2017, marking the fourth consecutive quarter of decreasing vacancy.

Also, net absorption in the fourth quarter of the year was a stunning 537,096 square feet, which was higher than the total absorption seen in both 2015 and 2016 combined.

“The leasing market was strong but then also anything that was over 100,000 square feet in size for sale for owner users . . . most of those buildings sold last year as well,” says Mook. “We had five or six transactions that were owner-user facilities that were plus or minus 100,000 square feet and we hadn’t seen that in the last two years combined.”

The most active market segment in 2017 was large-format distribution space which continues to attract interest from institutional investors and developers.

The year ended off with a huge announcement as Amazon disclosed it was going to take up 600,000 square feet for a distribution centre at the Nose Creek Business Park in Balzac, just outside Calgary’s city limits.

Although it isn’t the big news Calgary was hoping for in securing the corporate giant’s second headquarters in North America outside of Seattle, the distribution centre will have a big impact on the region, creating 750 new full-time jobs.

The company says employees at the Balzac facility will pick, pack and ship items ranging from aviator sunglasses to zebra costumes.

“We are excited to continue our growth in Canada and especially in the greater Calgary community where we’ve already received great community support,” says Glenn Sommerville, director of Amazon operations in Canada. “Our ability to create more than 750 good-paying jobs with great benefits is the result of our dedicated workforce across the country who continue to raise the bar on operational excellence and customer obsession. Customers have seen the great work they do and we couldn’t be prouder of our ability to grow in Canada.”

“There’s still a lack of urgency on either side of a transaction in 2017 but we saw enough volume and enough traction that people were reassured on where the market was both on values and lease rates,” he says. “It seemed like most transactions that were happening were happening with either a discount or incentives involved; greater discounts and greater incentives than we’ve seen in the past.”

A report by Cushman & Wakefield says the larger bay segment – more than 50,000 square feet – drove the industrial real estate market in 2017. This size of bay accounted for 48.3 per cent of total square footage transactions. In fact, leasing activity in the fourth quarter was just over 1.8 million square feet, bringing the year-end total to about 7.5 million square feet – an impressive 40 per cent increase compared with leasing activities a year ago.

Coming off a strong 2017, industry experts expect 2018 to continue to be a healthy one for the industrial real estate market. Strong underlying fundamentals are the reason that speculative development for 2018 will ramp up with numerous developers intending to break ground on new large distribution facilities in the spring, predicts Barclay Street Real Estate in its year-end market review.

“This institutional confidence stems from continual interest from larger occupants organically growing their footprint, and a continual flow of new entrants into Calgary,” says the commercial real estate firm.

Just how strong is that interest?

Well, just under 2.2 million square feet of industrial real estate product is currently underway as developers jump in to take advantage of the good economic fundamentals for the industry – at the same time the city’s and the province’s economies are showing signs of rebounding.

Mook says most of the major developers are very bullish based on all the leasing that took place last year. And despite the fact much of that is speculative development, vacancy is still expected to continue on its downward trend.

“The year ended strong and started strong,” says Mook. “We don’t see the dramatic up and downs that the downtown office market sees. Our market moves more like rolling hills. Right now it’s been very active since January. We think that will continue but we do think that some time in Q2 or Q3 it will likely slow but overall we think the market will end strong.

“We think it will be a good year. It won’t be as strong as last year in terms of change in vacancy or maybe even total absorption. We do see it as remaining positive.”

Cushman & Wakefield also forecasts the vacancy rate to decrease this year fuelled by demand for mid to large bays by fabricating, manufacturing and distribution companies that continue to cluster in the Calgary area due to the city’s proximity to major western markets.