It won’t take long to get motors running this spring as the 2019 Calgary International Auto and Truck Show rolls into the BMO Centre later this month.

More than 250 of today’s top vehicles from 30 manufacturers across the globe will occupy more than 250,000 square feet on the Stampede grounds from April 17 to 21.

“Other than the real cool cars you will never see again, truly it’s the benefit of having all of these vehicles under one roof,” says Gillespie. “It’s a one-stop shop. You don’t have to drive all over the city. If you’re in the market for a vehicle, we have everything from a $20,000 entry-level vehicle up past $3.5 million.”

New this year will be a first-ever electric/hybrid display featuring upwards of 16 vehicles from participating manufacturers. Gillespie expects “consumers will really like” the 12,000-square-foot exhibit space in Hall B, which will provide a glimpse into the future of green auto technology.

“We also have 44 accessory exhibitors this year with a number of new participants, as well as a pit stop for visitors to rest and refuel. It’s going to be a real good draw,” says Gillespie.

The crown jewel of this year’s show will undoubtably be the $3.5-million Bugatti Chiron – a manufacturing masterpiece by the folks at the Volkswagen Group. Featuring a quad-turbo 8.0-litre W-16 engine, this automotive marvel generates 1,500 horsepower and 1,182 lb.-ft. of torque en route to an eye-popping 0-100 km/h time of just 2.4 seconds. Top speed is reported at, gulp, 420 km/h. Thankfully for auto show patrons, it’ll be in one place long enough for plenty of photos.

The appropriately monikered “brute in a suit” Aston Martin DBS Superleggera will also be on hand. Translated into “light weight,” the 2019 version is a modern-day carbon-fibre marvel that is quick and nimble thanks to its 5.2-L V-12.

Riding shotgun with Bugatti and Aston Martin in the luxury category will be Acura’s next-gen NSX supercar, Bentley’s new Continental GT grand tourer and the appropriately named Ferrari 812 Superfast. Lamborghini will also turn heads with the Aventador SVJ Coupe. The V-12 supercar that will be displayed is one of only 900 units produced in the world.

Proving that functionality doesn’t have to come at the expense of style, the Lamborghini Urus, Bentley Bentayga, Rolls-Royce Cullinan and Lincoln Aviator luxury SUVs while also all be front and centre at this year’s show.

Joining them in the SUV category will be the new mid-sized Kia Telluride, the three-row Hyundai Palisade, the rugged Honda Passport and the fan-fav Cadillac XT4 Crossover.

For Calgarians looking for a bit of North American muscle, they’ll be able to fill their cup with the Dodge Challenger Hellcat Redeye, a cataclysmic machine that replaced the limited-run Demon and is rated at nearly 800 horsepower and 707 lb.-ft of torque.

Not to be missed is the Ford Mustang Bullitt – a homage to the pavement-eating behemoth made famous on the streets of San Francisco by Steve McQueen a half-century ago. This special edition muscle maniac features a thundering 480-h.p. V-8 engine.

And because Alberta is truck country, Gillespie says the Calgary auto show will be no different. The “Big Three” will roll into town with the top lines, including the 2020 Ford Super Duty, 2020 Chevrolet Silverado and 2020 Jeep Gladiator Rubicon – the latter of which is the brand’s first pickup truck in nearly two decades.

Other highlights include the redesigned Porsche 911, Subaru BRZ Raiu edition and Genesis G70, voted as the 2019 North American Car of the Year.

Auto show-goers will also have a chance to meet Volkswagen’s Bumblebee – inspired by the 2018 Hollywood hit featuring Hailee Steinfeld.

The 2019 show will feature several daily specials, including a seniors’ promotion on Wednesday, women and heroes (i.e. military, first responders) on Thursday and an Easter Sunday event for children 10 and under. Kijiji and Subaru will also be running special promotions over the five days.
The annual Vehicles and Violins gala celebrates its 20th anniversary this year. Attendees will be treated to an exclusive preview of the auto show, accompanied by live music played by musicians from the Calgary Philharmonic Orchestra, international cuisine and complimentary drink tickets. The event will also feature a silent auction and raffles.

Proceeds from this year’s event will benefit the Alberta Children’s Hospital Foundation. Over the past two decades, the gala has raised more than $4 million for local non-profit organizations.
For more information on the 2019 Calgary International Auto and Truck Show, including how to purchase advanced tickets, visit autoshowcalgary.com or follow on social media @AutoShowCalgary. 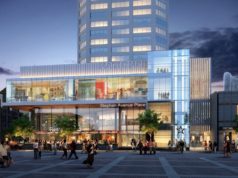