In the best of times and the worst of times, it seems there will always be a demand for luxury. There has always been a segment of society that has the disposable income to spend on quality items, and retailers have learned to capitalize on this desire for status as more and more people aim to be like the one per cent.

Throughout the worst of the recession, and despite that our economy is still depressed, the Calgary luxury retail market is thriving. The $280-million expansion of Chinook Centre in 2010 attracted the first wave of global luxury brands to the mall, and there are now well over a dozen true luxury stores at Chinook alone, anchored by Nordstrom, which arrived on the scene in 2014.

Some might question whether there is room for so many luxury retailers in Calgary, particularly right now. Hudson’s Bay Company sure thinks so. HBC acquired Saks Incorporated in 2013 and entered the Calgary market last fall, with a Saks OFF 5TH location at CrossIron Mills. Next, in the midst of the worst of the downturn, it announced Calgary would be the second Canadian city to have a Saks Fifth Avenue, betting on long-term prosperity for the city. In the spring of 2018, the full-price luxury store will open at Chinook Centre in the space previously occupied by Target, and a second Saks OFF 5TH location will open at Market Mall.

Analyst Bruce Winder is a principal of Retail Advisors Network. Commenting on the expansion of Saks into Calgary, he indicates the Canadian market is somewhat underserved in terms of luxury retailers. Although Calgary is in a downturn, there is still a great deal of wealth here, and he suggests that even in this current market there is probably enough room for several retailers to go after the luxury segment.

Winder explains the retail industry is a reflection of society as a whole. “There has been a polarization of wealth, and retail is going that way, too.” It is evident that consumers just can’t seem to get enough these days of luxury and the appearance thereof. From social media feeds profiling the jet-setting lifestyles of trust fund-reliant teens and young adults, to celebrities touting their favourite luxe brands, consumers receive continual messaging encouraging them to subscribe to the one-percenter lifestyle.

Luxury retailers are of course always seeking to expand their brands far beyond the actual one per cent. As Winder points out, “Luxury is cool. It’s made its way down into the upper middle class as well.”

In March, Simons opened a five-level store in the Core downtown. Over the past five years, the family-owned Quebec retailer has been aggressively expanding across Canada, following the trend to provide upscale brands and accessible luxury to more and more Canadians. Unlike other luxury retailers, however, Simons caters to a wider variety of consumers at the same location, offering an assortment of price points under the same roof.

Nordstrom and Saks Fifth Avenue have a different strategy to cater to the consumer that wants the name but not the price. Nordstrom Rack, HauteLook and Saks OFF 5TH are separate entities that offer premium brands at lower price points.

Aspirational shoppers flock to off-price stores in droves and this segment is an important component of a long-term strategy to attract a broader demographic. Mike Koppel, EVP and CFO of Nordstrom, Inc., indicates Rack customers tend to be younger than full-line customers. Last year alone, he says, Nordstrom acquired six million new customers through Rack, nordstromrack.com and HauteLook, and these customers end up migrating to the regular price business.

Online, too, is a key growth engine. At Nordstrom, last year’s online sales of $2.5 billion represented a whopping 25 per cent of full-price sales. As for Saks, the Canadian market is one of its leading ship-to markets and it is banking on replicating this success through its brick-and-mortar stores, which it sees as creating an “all-channel experience.”

Holt Renfrew does a strong online business too, but with respect to off price, the brand has shifted its strategy. It had been working toward expanding its off-price hr2 brand across Canada, but recently announced it will instead be phasing out this segment. How this will affect the brand in Calgary remains to be seen. In addition to being the only Calgary luxury department store that lacks a lower-priced option to introduce new consumers to the brand, it may face additional challenges given its downtown location. The ongoing exodus of lunchtime shoppers with plenty of income at their disposal may threaten its future viability here, especially as more and more luxury retailers come to the city.

The trend in Calgary is that luxury retail is moving out of downtown to areas that are more easily accessible to consumers with more convenient parking. Like Saks, Nordstrom too, has identified mall space out of the core to launch its off-price model, and will be opening a 26,000-square-foot Nordstrom Rack in Deerfoot Meadows next spring.

Chinook Centre has of course positioned itself as the hub for luxury in Calgary and is targeted for yet another expansion. Last month, the Calgary Planning Commission considered a land use amendment application for the southeast parking lots bordering Macleod Trail. A successful application would allow for the expansion of the mall area as well as multipurpose towers over 30 storeys high. It’s part of the new Chinook Station Area Redevelopment Plan for the area around the mall and east through to the bordering industrial area.

City planner Breanne Harder indicates the recommendation to the commission was for approval, and suggests such a plan is long overdue. “Since 2008 there has not been a lot of development,” she says. “The idea is to revisit the vision for the area and make it easier for landowners to invest in the area.” It’s clear the city supports revitalizing the area, making it a transit hub, and cementing it as a premium shopping destination. When Saks Fifth Avenue opens next spring, it and Nordstrom will together contain almost 25 per cent more floor space than the Bay; this is the first time a Calgary mall will be anchored by predominantly luxury retail.

So what’s next for the future of luxury retail in Calgary? Chinook remained one of the top 10 most productive malls in Canada in 2016. Its luxury anchor, Nordstrom, has indicated its Canadian strategy has been successful and that Canadian full-line store sales (buoyed by Trunk Club and Jeffrey) grew 40 per cent from the 2015-16 fiscal.

Clearly, luxury is here to stay in the city. From wealth earned during the boom to maxing out personal credit cards, consumers keep spending on premium items, and there are still plenty of people who aspire to that one per cent. 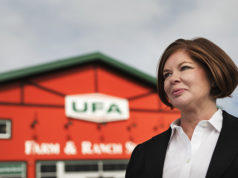 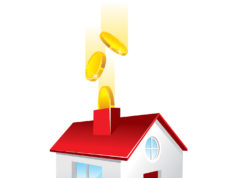 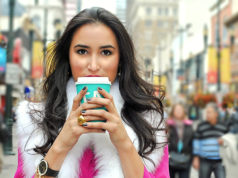