Murals, revamped spaces and even a newly-branded arts university – Calgary’s bustling arts scene represents a positive step forward for the city as it looks for better ways to connect communities while also attempting to reshape its image, say industry advocates.

“We are an arts city,” says Calgary Arts Development president and CEO Patti Pon, whose organization allocated municipal funding to 159 organizations in 2018 – resulting in more than 24,000 events that attracted 2.3 million attendees.

“Ninety-two per cent of Calgarians have told us they engage with the arts, largely because we have tremendous work here undertaken by local artists and arts organizations.”

Pon adds that interest – and investment – in the arts makes sense in a city that is not only one of the youngest and most ethnically diverse in Canada, but also one going through an economic metamorphosis due to downturns in the energy sector.

“We are undergoing a systemic transformation, not only from an economic perspective, but also in terms of our identity. We’re maturing as a city,” she says, noting the arts sector generated $125 million in direct economic output in 2018.

Peter Schryvers, director of public art for the Beltline Neighbourhoods Association, says art can also help connect communities within a city that, by last count, was set to surpass 1.3 million.

He points to the two-year-old Beltline Urban Murals Project (BUMP) as an example of art sparking conversations and making people proud of where they live.

“We believe art has a powerful role in creating that connection, whether that is by telling a story or by letting the public interpret their own story from a more abstract or surreal piece,” he says.

Schryvers helped launch BUMP in 2017 to showcase art, promote tourism and build community spirit in Calgary. The initiative is responsible for 15 murals in the beltline so far, with 15 more coming this year.

“The arts community has also been very supportive,” says Schryvers. “We are lucky to have so many artists in this city we can draw from for the project.”

Calgary’s arts scene received another boost earlier this year when the Alberta College of Art + Design became Alberta University of the Arts – and with it, set the stage for future growth as the only post-secondary institution in the province devoted exclusively to art, craft and design education.

“It’s an impetus for our continued evolution, as well as reaffirmation of work we’ve already been doing for a couple decades – that is, being a degree-granting institution,” says AUArts president and CEO Daniel Doz of changes at the school which just wrapped up its 93rd year. “And it equalized the field, especially since we were the only stand-alone arts school in Canada that was not a university.”

Being situated within a city going through a modern-day arts revival is not lost on Doz, either.

“There’s been a recognition, at the local level at least, that the way business has been done for the past 20 or 30 years is not coming back. And by realizing that the paradigm is shifting, Calgary is looking more at industries of the future. We are realizing we need to better invest in the creative industries.”

From the classroom to the gallery, Contemporary Calgary is giving a major facelift to an iconic landmark in the city’s West Village. The arts organization began renovations this summer on the former planetarium building at Seventh Avenue and 11th Street SW with the goal to turn it into a world-class destination for modern and contemporary art.

The first two phases are already complete, including renovations that will bring the building up to current codes, as well as transform the former Creative Kids Museum into an exhibition area. Subsequent phases will convert the larger area into additional gallery space, as well as an education centre for public programming and a community hub.

The final phase involves the construction of a class-A space adjacent to the planetarium site that will include 3,000- and 10,000-square-foot galleries and a galleria public area exposing views of the Bow River.

“Calgary is the only North American city with a population of our scale without a dedicated, major gallery of modern and contemporary art,” says Contemporary Calgary chief executive officer David Leinster.

“The new gallery will become a catalyst for the West Village, a source of pride for the community and a destination for all Calgarians and visitors. It will support creative and cultural activities and help attract people and their supporters to our city.”

Leinster adds large art galleries and museums further drive an “attachment to place” that has been found to be a clear driver of economic growth.

“In today’s challenging economic climate, communities are seeking new ways to attract and retain people, develop prosperous economies, add intellectual capital and create jobs – and arts are often an underrated sector that contributes enormously to these matters,” he says. 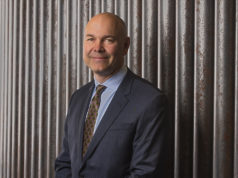 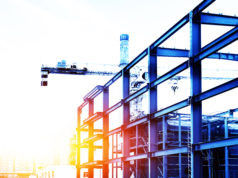 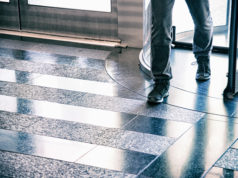 Training for the Trades