For various reasons, whenever the topic of “immigrants” pops up, it’s usually contentious. More often than not, it’s also politically charged.

The non-contentious, apolitical, practical and dramatic business factors are significant and positive but rarely referenced.

According to 2016 Statistics Canada figures released this October, the share of immigrants in Canada has reached its highest level in almost a century. The stats show that immigrants are heading to the Prairies in larger numbers, with increases in the share of new immigrants settling in Alberta, Manitoba and Saskatchewan.

The data estimates that immigrants could represent up to 30 per cent of all Canadians by 2036.

StatCan also suggests that the new ethnic customer has a lot of clout, particularly for products and services, with a combined buying power of $3.8 trillion by the end of this year.

Whether it is the crucial aspect of growing market share or recruiting staff, contemporary customer-driven businesses are confronting a new reality: the marketplace consists of many different ethnicities and cultures, backgrounds and beliefs, and the one-size-fits-all approach just doesn’t cut it, anymore.

“Ever since Canada adopted the policy of multiculturalism of 1971, there have been significant demographic shifts fuelled by immigration,” explains Niraj Sinha, chairman and CEO of Maple Diversity Communications, the respected full-service agency that specializes in ethnic marketing and advertising in Canada.

“In recent times, we see further shifts in Canada’s contemporary immigrant makeup. In the last decade, there has been an increased growth of the South Asian population in Canada, which is estimated to be well over 1.5 million. In fact, South Asians are the largest visible minority group in Canada, followed by the Chinese. Even among Chinese immigrants, we see a significant demographic shift. More Mandarin-speaking Chinese immigrants are coming from mainland China in the last decade.

“Before this, Canada had traditionally attracted more Cantonese Chinese immigrants from the Hong Kong region,” he points out. “The fastest-growing immigrant population in Canada is from the Philippines. Another significant recent trend is the steady growth of the Muslim population, with Iran, Pakistan and Syria taking the lead.”

Throughout North America, and specifically in Calgary, many businesses have already begun to target products and services based on multicultural factors.

From job postings, attracting talent and the layout, design and features of new homes to fast food and retail sales, reaching out must understand and engage the diverse new customer and what matters to them.

Cross-cultural or multicultural customers are much more than catchy buzzword concepts. They are invaluable and basic facts of business life.

“Our city is incredibly diverse and we see that diversity in the people who live and shop for homes in our communities,” explains Careen Chrusch, senior manager, strategic marketing with Brookfield Residential. “Cultural diversity will continue to increase in all urban areas. First-generation new Canadians are currently 25 per cent of Calgary’s population, and will be 30 per cent by 2020.

“Many ‘new customers’ hold traditional values and embrace multiculturalism. They have a sense of financial concern for the future and saving. A wise investment is important. Home ownership is part of the status and experience of being Canadian,” she adds with enthusiasm.

According to the Canada Mortgage and Housing Corporation (CMHC), immigrant households in Calgary have a higher rate of home ownership than non-immigrant households. The trends show they are also more likely to look for a multigenerational strategy when it comes to choices for a home.

They are new customers, with unique needs, desires, motivations, cultural beliefs and work-life balance – and it impacts what they need, what they want, where they shop and which media they consume.

Sinha highlights the facts and figures that Canada’s seven-million-plus ethnic consumer market is worth somewhere in the neighbourhood of $300 to $350 billion, almost much as the GDP of Quebec.

He underscores the vital business factor that Canada attracts over 250,000 immigrants from all over the world each year. With an aging population, these immigrants are fast becoming the new engine of growth. Many products and services make more sense to new immigrants now than anyone else.

“For example, every new immigrant has to start a banking relationship to deposit the initial settlement funds, start a credit history by getting a credit card, and secure a car loan and home mortgage in the long run. As a result, almost all major Canadian banks are trying to reach out to these new immigrants as soon as they arrive in Canada, sometimes even before they start from their home country.

“Similarly, almost all immigrants need a phone to stay connected in Canada and back home. This has resulted in concerted efforts by the telecom companies to market aggressively to new immigrants with tailor-made offers and plans,” he says.

Although most analysts and business consultants agree with the uniqueness of the ethnic demographic, there are alternative thoughts about the possibility of an overly narrow focus on the immigrant customer as being Canada’s growth market.

Darrell Bricker, the highly-respected (and often quoted) global CEO of Ipsos Public Affairs, Canada’s premier polling, research, marketing and analysis company, cautions that the definition of the immigrant customer as Canada’s growth market may be misleading. “It’s more accurate to say that it is a fusion market. While immigrants are changing Canada, Canada is also changing immigrants.

“The big change in Canada’s contemporary immigrant makeup is where they are coming from. Canada’s immigrants are now largely from Pacific countries, as opposed to Atlantic countries. Also, the overall volume has gone way up. In terms of attracting and retaining customers for products and services, it depends on where you live.

“The impact is only significant in suburban and urban markets, especially Montreal and further west. The reason why a generic Canadian approach no longer works is because different parts of Canada have a completely different demographic composition,” Bricker notes.

The sheer volume and trending of Calgary’s new ethnic customer is underscoring the one-size-fits-all approach no longer works, if it ever worked before.

“There’s never really been a generic approach,” Chrusch adds. “It’s about knowing our customers. Behavioural data is being used as a change from straight demographic segmentation – as the makeup of our community evolves – and knowing their wants and needs and responding to them with the right product and communications, marketing and engagement strategies.

“Research shows that people are missing the feeling of belonging from their day-to-day lives. We really want to foster a sense of belonging in our communities, regardless of cultural background.”

“We are always learning and trying new things and working with consultants who specialize in understanding different ethnic groups. This year we’ve celebrated Chinese New Year and Diwali,” Chrusch says, “not just to connect with buyers and residents from those cultural backgrounds, but also to engage the broader community in celebrating important and fun events.”

A Champion of Charity 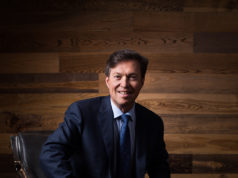 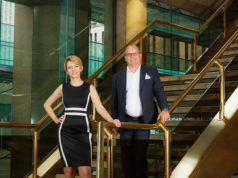