Ever thought of buying your own time machine? Perhaps you’re not aware of how powerful business aircraft are at connecting you with your customers, clients and future business potential.

The Canadian Business Aviation Association’s (CBAA) CEO, Anthony Norejko, believes that how you measure its impact makes all the difference. “Commercial aviation is a lot more visible – more planes, more passengers, more activity, more noise,” he says. “In contrast, business aviation is almost stealthy – we are a consistent but low-key presence at hundreds of airports and aerodromes, moving people and high-value, time sensitive freight safely and efficiently across the province and around the world.”

Norejko posed this question: “What adds more to Alberta’s economy – an airline taking passengers to Las Vegas to spend money or a business aircraft taking employees to a worksite to earn money? The answer is ‘both have value in their own ways and should be treated equally.’”

On the face of it, a business flight costs more than an airline ticket, but in reality, it generates far more than it costs, and helps deliver rock-solid financial returns. Research shows that S&P/TSX 60 companies that use business aviation outperform non-users by 43 per cent in “top line” revenue growth.

The rewards don’t stop at TSX boardrooms. Small companies benefit even more than large ones. “With a private aircraft, a small business can locate where it is most advantageous without worrying about how far they are from a large commercial airport,” Norejko notes.

Not only is business aviation a spark plug for the economy, it has a significant economic footprint in its own right. The 420-some business aircraft based in Alberta generate over $670 billion dollars annually and employ more than 2,500 people with an annual average wage of $96,000 (almost twice the national average).

Norejko points out that the vast majority of business aviation flights are the opposite of glamourous – they are routine: ferrying employees into remote locations, supporting Northern communities and reducing the time needed for multiple sales and service calls from days to hours. “Canadian companies don’t make a big deal about having or using business aircraft, they just get on with it and get the job done.”

Dispelling the notion that business aircraft are toys is only one of the CBAA’s responsibilities. “Bottom line, our job is to simplify business aviation operations and ensure that any company or community that wants to use this incredible asset can.”

Options run the gamut from hiring a charter for a one-time flight to running a multiple aircraft corporate flight department. Between these extremes, there are options for every budget and need, many of them here in Alberta.

Calgary’s AirSprint is a Canadian leader in fractional ownership, a kind of time-share for aircraft. Another option is to work with a management and charter company like Sunwest Aviation, headquartered in Calgary, or Aurora Jet Partners, based in Edmonton.

With a business aviation fleet second only to Ontario in size, Norejko has a theory about why this type of aviation took off in Alberta. “An Albertan company may need to attend a meeting in Houston one day, promote a trade opportunity in Beijing the next and deliver tonnes of parts and equipment to a remote work site the day after. Business aviation features dozens of different aircraft designed to serve their specific needs – from a short-range single engine turbo-prop Pilatus PC-12 to a world-spanning Bombardier Global 7500 that can fly non-stop between Calgary and non-stop points across the globe. In contrast, commercial airlines flying out of YYC only offer 10 per cent of international traffic beyond transborder USA.”

Canadian business aircraft are required to be federally certified and regulated, but when the regulations are too onerous, the CBAA works with its members and with Transport Canada to find ways to reduce red tape and support safe, responsible and efficient operations.

“CBAA’s job is to make it simpler for business aviation to do its job, providing hands-on tools, expert advice and by lobbying the federal government for change and improvements,” says Merlin Preuss, CBAA’s vice president of government and regulatory affairs.

Preuss, who previously served as Transport Canada’s director general of civil aviation, is familiar with the regulations affecting this sector and what is needed to satisfy safety and other regulatory needs, without going overboard with unnecessary complexity. One area where Transport Canada followed business aviation’s lead was in carbon emissions legislation.

“Business aviation’s contribution to global aviation emission is not significant – it’s only 2 per cent, but its almost-invisible carbon footprint is not its only contribution to sustainability. New business aircraft feature cutting edge technologies and procedures that reduce their carbon footprint even further,” Preuss explains. “As well, in 2009 the international business aviation community committed to a comprehensive plan to improve fuel efficiencies, achieve carbon neutral growth and reduce CO2 emissions.”

Because of business aviation’s proactive approach on climate change, the federal government incorporated existing international aviation emission standards into its carbon emissions backstop legislation, with only the largest and most heavily flown business aircraft subject to cap-and-trade. “It was a win for everyone who uses private business aircraft,” says Preuss.

The CBAA also helps business aircraft owners and operators with thorny, and potentially costly issues ranging from regulatory compliance to inspections to tax liabilities. One recent example is Canada Revenue Agency’s new policy on the personal use of business aircraft. “Not knowing the rules could result in a tax assessment of literally hundreds of thousands of dollars,” explains Norejko. “The CBAA can provide both the guidance and professional connections needed to avoid a nightmare scenario.” The association is also working to help ensure science flight and duty rules for on-demand flights as well as other operational issues.

“Not all issues are national,” says Norejko. “Alberta’s business aviation community is very engaged with CBAA chapters operating out of both Calgary and Edmonton. The CBAA staff works with them on local issues with the same attention and commitment to their success as anything we do out of Ottawa.

“For example, with the closure of the Edmonton Municipal airport we’re focused on ensuring Edmonton International costs are competitive and recognize the economic benefit business aviation brings to the area. In addition, we need to support our smaller airports like the Villeneuve Airport, which may offer a competitive alternative for the right company and their base of operations.”

Alberta’s corporate executives who would like to experience the power of business aviation will have their chance when the CBAA holds its annual convention and exhibit at the Sunwest Aviation facilities at the Calgary International Airport, July 9 to 11, featuring Canada’s largest static display of corporate aircraft.

“We are tremendously excited to hold our convention in Alberta,” says Norejko. “During the Stampede, Calgary is a huge attraction for aviation leaders from across Canada, but most importantly, the CBAA convention is an occasion for the Alberta corporate and business aviation communities to come together and celebrate our vibrant sector with us.”

More information about business aviation and the CBAA 2019 convention can be found at www.cbaa-acaa.ca. 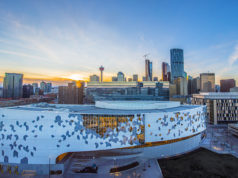 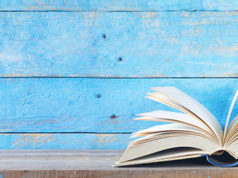