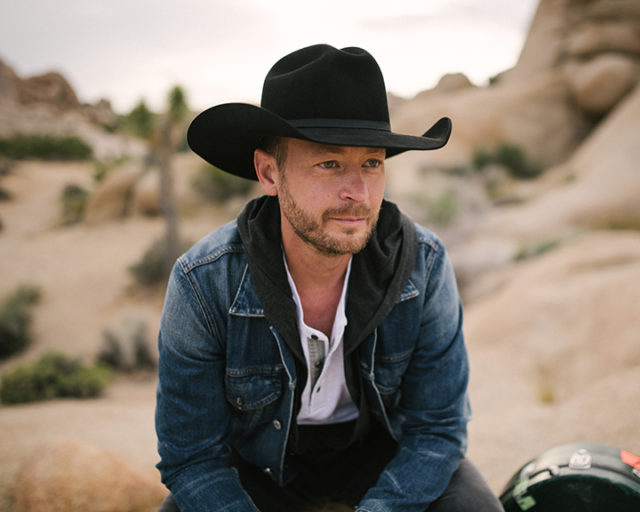 Some of the oldest crimes known to humankind, sexual exploitation and sex trafficking are, unbeknownst to many Calgarians, alive and well in our city. Rarely discussed yet universally denounced, they are crimes perpetrated against some of the most vulnerable individuals in society: women and children. The extent of the horror is, for most, unfathomable.

It’s this aspect of the crime – society’s awareness of what is occurring – that Paul Brandt means to change. The most-awarded male Canadian country artist in history, Brandt’s #NotInMyCity movement, launched in July 2017, aims to heighten awareness of child sexual exploitation and sex trafficking in our community. It has raised over $700,000 for the cause to date.

“Most good-willed people would never, in a million years, imagine that this kind of stuff actually happens here,” says Brandt. “And when I tell people the stories, it takes time for the message to sink in. The response I get is about 24 to 48 hours later. My phone rings and they say: ‘Wait a minute, what did you say?’ And the next thing is: ‘How can I help?’”

The Calgary-born country music superstar, who first worked as a paediatric nurse at Alberta Children’s Hospital, was initially exposed to the issue 15 years ago. Travelling to Southeast Asia with a humanitarian aid organization, he and his wife, Liz Brandt, visited organizations fighting trafficking activity.

“One of the organizations we visited had just enough money to go into this brothel and pay the rate that someone would pay to sexually exploit children,” he says. “They would take these kids out of the brothel for the day and let them just be kids. But at the end of the day, they had to take them back.”

The experience, he admits, was life changing. The couple returned to Canada determined to do something. “I really believe that with knowledge comes responsibility,” he says. “We all have different capacities to effect change. But when it comes to situations like this – where children are being exploited – we all have the same responsibility.”

And while it may not be surprising to hear these crimes happen on the other side of the world, it is shocking to hear they happen in Calgary. “The youngest victim that I’ve met in Alberta was seven years old when she was trafficked here,” Brandt says. “We know that trafficking activity is increasing in Alberta, and we know that the majority of human trafficking victims in Canada are Canadian.”

While impossible to know exact numbers due to extensive under-reporting, the size of the global human trafficking market is estimated at around $32 billion, making it one of the largest sources of illegal income in the world. In Canada, the annual profit per female made by traffickers is around $280,000. The average age of children recruited to be trafficked is 12-13 years old.

“People at risk are those who are vulnerable,” Brandt explains, “and if you’re uneducated to this issue, you’re vulnerable. But if you have other social issues – a broken family, a home where there is drug or alcohol abuse, or have been physically or sexually abused as a child – that increases your risk. One of the biggest risk factors is simply being a girl.”

First Nations Peoples, who account for approximately four per cent of the Canadian population, are particularly at risk, representing over 51 per cent of trafficking victims in Canada.

“One girl explained her story to me,” Brandt offers. “She was 13 or 14 years old, had a fight with her parents, snuck out of her basement window, went to a party, got in with the wrong guy. Wakes up the next day in a different city. She was chained to a bed for a month and injected with heroin. She was raped repeatedly by man after man that came into the room. At the end of that month, she was broken and addicted and would do whatever she was told to.”

#NotInMyCity was conceived by Brandt in his role as storyteller in residence at Mount Royal University (where he received his nursing diploma). Brandt tasked his branding and marketing students with building social and business enterprise projects out of his music brand. (Brandt’s Buckspring Foundation, founded in 2010, has been involved with many community projects including the Build It Forward project, the Slave Lake fires, the Haiti earthquake, the Fort McMurray fires and the High River and Morley floods.)

“I told them some of the stories about trafficking and we had this idea of how we could get the word out,” he recalls. “We knew that during large sporting and entertainment events trafficking often increases. And we knew that the Stampede was about to happen in Calgary. So we thought it would be a great opportunity to help our community understand that often trafficking activity increases around these events.”

#NotInMyCity and its yellow rose emblem – designed by Brandt’s friend, Calgary fashion designer Paul Hardy – were conceptualized, as was the idea of having the emblem on a chuckwagon tarp. “The whole country would see it and it would show how the entire community is united in the fight against human trafficking,” Brandt says.

The day before the tarp auction, Brandt reached out to chuckwagon driver Chad Harden and pitched him the idea. Harden, who has two daughters, was fully supportive. He immediately discussed the concept with MNP’s executives, who were planning to bid on Harden’s tarp.

“MNP partnered with our foundation and supported #NotInMyCity by allowing the yellow rose to be on the MNP tarp,” Brandt smiles.

“It’s a great platform for raising awareness about human trafficking,” says Trevor Winkler, regional managing partner of MNP. “We sponsored it two years in a row and we’re hoping to be able to continue to do it.”

In addition to donating half the MNP tarp to the cause, MNP has provided significant opportunities for Brandt to discuss the issue. “We have 700 or 800 people at our Stampede breakfast and Paul attends. He sells #NotInMyCity merchandise and talks to many people about it. We’re making a lot of introductions that way.”

As a facilitative organization, #NotInMyCity works to get the message across, pull organizations together and push forward best practices so that all parties involved are on the same page. #NotInMyCity merchandise, including pins, bracelets and bandanas, can be purchased in support of the cause.

Bonnie Johnston sits on the advisory committee. The former director of the Alberta Children’s Hospital (where she was Brandt’s boss), CEO of Child and Family Services (Calgary Region) and CEO of the Sheldon Kennedy Child Advocacy Centre, Johnston is uniquely experienced in dealing with child sexual abuse cases. She applauds the work of the public bodies in this area, and also sees the value of corporate-community-public partnerships.

“My role is to look at all of those pieces from an operational systems standpoint – how do all the pieces connect?” she explains. “It’s a very, very complex issue of trying piece together who’s doing what.”

Early this year, a key focus area of prevention and early intervention, particularly with high-risk youth, was delineated. “We believe the best scenario is to prevent it,” she says. “And if youth do get involved, we want to make sure we’re doing the very best we can in wrapping around them so that we can help them so they don’t continue down a path of harm.”

“Our job is to raise awareness and create a platform for collective action and then to mobilize community,” Johnston explains. “We bring all these systems to the table and then connect the dots so that in fact there will be coordination among agencies to provide those services on the other end.”

Community support is key, she says, highlighting the partnerships #NotInMyCity has with various public and corporate bodies, including the Calgary International Airport. “The airport is uniquely positioned to provide a safe harbour,” says Brandt. “Victims can know they can immediately get help and are safe.”

“As a major transportation hub, and a connection point to the rest of the country, YYC Calgary International Airport sits in a pivotal position to affect change for human trafficking and sexual exploitation in Calgary and across the country,” says Bob Sartor, president and CEO of the Calgary Airport Authority. “Given this, we were pleased to announce our full support as an official ally of #NotInMyCity in spring of this year.”

The airport has engaged public awareness campaigns, does ongoing training of staff and volunteers, and raised the visibility of #NotInMyCity messaging. “In a visible stance of support, our White Hat volunteers have been proudly sporting branded #NotInMyCity bandanas to help build a tangible presence within the airport. Guests have also seen the iconic yellow rose throughout our terminals as we’ve rolled out public awareness campaigns.”

#NotInMyCity also collaborates with the RCMP, the Calgary Police Service (CPS), the anti-human trafficking task force, the City of Calgary, the provincial and federal governments, Child and Family Services, and Alberta Health.

“We recently had a specialist from the FBI come up to an event we hosted with the CPS,” Brandt says. “He outlined some of the things that are happening south of the border and police confirmed they are seeing some of the same issues here.”

For example, there’s evidence of a circuit, where trafficking victims are moved into a market for a few days to a week, and then moved out of the market to avoid detection.

There’s also evidence of increased trafficking activity during large sporting and entertainment events. “Victims are pooled together and brought into areas to reach as many people as possible, where the demand is increased,” he says. “At the last Grey Cup in Ottawa there was a successful sting where a number of trafficking victims were recovered and a number of perpetrators arrested.”

Trafficking often occurs in connection with drugs and guns, but for the latter two crimes arrest and sentencing laws are more lax. “But right now in Canada, on suspicion of trafficking, you can immediately pull the suspected trafficker off the streets,” explains Brandt. “And if convicted, it’s a mandatory minimum sentence of seven years in jail. So if you want to take the guys who are selling opioids and guns off the streets, get them on trafficking.”

The Calgary Police Service is well versed in the issue, and has been a huge supporter of #NotInMyCity. “They’ve been an integral partner,” Brandt says. “Constantly encouraging me to keep going. And that tells me something – if the police are telling me to keep on going, it’s an issue.

“But if the community doesn’t step up and say we want this taken care of – this is a priority for us – other issues are going to take precedence,” he continues. “Because this is such a hidden crime and a difficult thing to talk about, it’s easily pushed off the table.

“In some ways it seems like a new issue, but it’s as old as time,” Brandt reiterates. “This is about people with power exploiting people without power. And until other people with power educate themselves and stand up to do something, it will continue to go on. I want to see that yellow rose as the banner that everybody in Canada gathers under to push this cause forward. I hope it’s one of those things Canadians will wear proudly and that they will continue the conversation.”

For more information, or to purchase #NotInMyCity merchandise, go to notinmycity.ca.