What’s the first thing that comes to mind when you hear the words “fashion” or “haute couture”? Probably not Calgary. In fact, it likely isn’t even the second thing that comes to mind. But the city is home to some well-known, well-established local designers such as Nina Kharey of the fashion label House of Nonie, Darren Biedermann, creative director and owner of Supreme Men’s Wear, Anneke Forbes of fashion label Anneke Forbes, and fashion industry experts like Kara Chomistek, president and co-founder of the organization PARK.

As a young girl, Nina Kharey knew she wanted to create clothes, learning how to sew at a young age. Both her parents were already in the industry so it seemed as though fashion design would be a natural and appropriate path.

However, before fashion design, Kharey ended up pursuing a degree in engineering and working as a computer engineer. Sadly in 2005, tragedy struck and she lost her brother. As a source of healing, Kharey started sketching on the side.

In 2008, Kharey started to design fashion and in 2015, “officially” made a career switch. That same year she met Barbara Atkin who, at the time, was the fashion director for Holt Renfrew. “Barbara started mentoring me and helped me to recognize my talent.”

According to the fashion label’s website, “The House of Nonie brand creates ready-to-wear modern womenswear. The collections are made with a tailored and refined esthetic, with a twist of Eastern inspiration that is at the heart of the founder Nina Kharey’s creative vision.” Kharey designs for women who appreciate simplicity and also the basics; women who are leaders and not afraid to speak up.

​House of Nonie was nominated for the Swarovski Emerging Designer of the Year Award at the 2017 Canadian Arts & Fashion Awards Gala.

A household name for over half a century, Supreme Men’s Wear Ltd. (SMWL) will celebrate its 70th anniversary this year. The clothing retailer was established in 1948 and is Calgary’s oldest operating, independent men’s clothing store.

Darren Biedermann purchased the business from his father in 1995 and, since then, has helped it grow and evolve as the retail market and fashion trends continue to change. “Supreme is a distinctive, fashion-forward, experience-focused boutique offering premium, ready-to-wear garments and a diverse offering of custom clothing.”

Biedermann has been actively putting his creative genius, decades-old industry relationships and industry intuitions to work in developing SMWL’s own internal retail menswear brands. “The Biedermann and Supreme brands have been extremely well received, and the premium Biedermann brand, in particular, is beginning to garner national and international attention from high-end fashion customers and industry insiders alike.”

“The Biedermann and Supreme brands’ mission is to conceptualize, manufacture and distribute the highest-quality, most creatively-designed, carefully-crafted, proudly-Canadian clothing products and accessories available in the world today.” The retailer also carries other well-known international brands.

Biedermann says, “What sets Supreme apart from the rest is its continual dedication to bring its clients alternatives to the common and predictable. Unique, well-tailored garments with European influence, acute attention to detail and the highest-quality value standards is what has sustained Supreme throughout the years and is at a pinnacle offering today.”

Like Kharey, Anneke Forbes learned how to sew at a young age which helped jump-start her love of fashion. “We didn’t get to shop very often, so sewing was an opportunity for me to have new clothes. I think most kids are aware of the transformational power of clothing when it comes to fitting in, and I was no exception. Clothing gave me confidence and the best way for me to obtain it was to make it,” says Forbes.

“At a certain point as a teenager, the patterns I obtained at the fabric store weren’t cutting it, so I would tweak them to suit my taste. Even when I used ready-made patterns, I felt like so much of design comes from the fabric selection and finishing choices. This concept still has an effect on my work, as my styles are very classic. I make my jackets special by choosing luxurious fabrics, like the softest lambskin or cashmere, and through bespoke finishes like bound buttonholes.”

Forbes grew up in Antigonish, Nova Scotia, attended fashion school in Toronto, and now lives in Calgary. Her fashion label Anneke Forbes offers limited production, ready-to-wear jackets and coats, designed and handmade in Calgary. Her studio, located in cSPACE King Edward, is open to the public for shopping.

“People have responded positively to the ability to see and speak with the person who made their clothing. It brings them closer to a process we have been so removed from for so long due to the rise of overseas production and fast fashion.” Her designs are classic, versatile and comfortable, which according to Forbes, makes getting dressed for a full day so much easier.

Forbes also participates in local events, such as those produced by the PARK team. PARK, which stands for Promoting Artists Redefining Kulture, is a non-profit social enterprise that “promotes creative talent and most simply put, fashion culture,” says the organization’s president and co-founder, Kara Chomistek.

PARK’s mandate is to create opportunities for developing fashion designers and artists to share their work and sustain a profitable business. “We do this,” says Chomistek, “through education and mentorship (PARKFORUM), our emerging designer and artist showcase (PARKSHOW), our outdoor artisan market (PARKSALE) and our luxury designer showcase (PARKLUXE). Each program focuses on bringing together our creative communities in ways that are mutually beneficial for our stakeholders: the artists we support and a specific consumer demographic. In 2017, we further expanded our organization to include an online and brick-and-mortar store, PARKSHOP, along with an in-house creative agency.”

PARK was founded by a group of University of Calgary students led by Chomistek and Jessie Li in 2008. Chomistek says, “The idea for the organization came from needs and problems that we observed within the creative industries. There was a large creative exodus happening in our city due to a lack of community, resources, funding and awareness about creative career paths.”

PARK will be celebrating its 10-year anniversary by hosting a large celebration June 22-24 in East Village, including their grassroots event PARKSALE and inaugural fashion show PARKSHOW. “This is going to be the biggest fashion event that has been produced in Western Canada and we’re very proud to be doing it in Calgary!”

When asked about success stories, Chomistek struggles to name them all. “There are so many!” she says. “Anneke Forbes is a designer that has been involved with PARK and our PARKSHOW, PARKLUXE and PARKFORUM programs since 2015. What I love about Anneke is her commitment to manufacturing in Canada and slow fashion. She takes pride in her coats and has locally manufactured over 20 styles.”

“Our hope,” says Chomistek, “is to continue to contribute to the diversification of our province and give creative companies an opportunity to further develop their product offering globally.”

“We have an amazing local story that is getting more locally focused all the time. There isn’t a group out there more conscious of keeping money in the local economy. We believe in ‘one hand washes the other’ and stand proud of our family, friends and community,” says Biedermann. 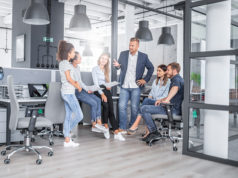 All in a Day’s Forecast 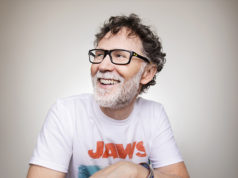