Thousands of Calgarians have marked March 1 on their calendars.

It’s the deadline for making an RRSP contribution for the 2017 tax year.

It’s also the day when a frenzy of activity takes place at financial institutions and with financial advisers throughout the city as individuals take advantage of a common savings vehicle – and tax savings device – available to all Canadians each year.

But procrastination and tough economic times are still leaving many out in the cold as less than a third of eligible tax filers use RRSPs.

“I quite frankly think people don’t completely understand the power of the tax advantages with the RRSPs and there’s myths out there like ‘oh well when you retire you have to pay the taxes; that’s really difficult trying to pay the taxes,’” says Lesley-Anne Scorgie, a personal finance guru, bestselling author and founder of MeVest, which offers people financial education, coaching and counselling.

“But quite honestly, a bird in the hand is better than two in the bush. What that means is that the savings today, if you deploy it into other investments and keep that money growing, is more likely to outweigh the future impact of taxes.”

Besides RRSPs, Canadians also have tax-free savings accounts and registered education savings plans – where money can be saved and/or tax amounts reduced.

But saving seems to be a difficult task. Also, many people have limited financial education or they don’t have a competent financial adviser they can trust.

In Alberta, and especially in Calgary, although saving money is the wisest approach to personal finance, it is simply a tough endeavour. Thousands have lost jobs from the downturn that began in late 2014.

“Every year the debt numbers continue to become more scary and they also continue to showcase that Canadians are spending more than they have. So if you’re servicing debt of course your RRSPs are going to be de-prioritized,” says Scorgie.

“If we’re talking to somebody who’s never saved an RRSP before you do need to start very small. I am a huge believer that even $5 is usually achievable for most adult Canadians.”

The easiest thing for Calgarians and Albertans to do is to take advantage of an employer-matched RRSP program. This can provide a safe and easy way for contributions to build into future savings.

It’s interesting, though, that even during the tough economic times Albertans and Calgarians are contributing more to RRSPs than Canadians in other parts of the country. According to Statistics Canada, 22.9 per cent of Canadian tax filers contribute to RRSPs with the median contribution at $3,000.

So why are Albertans and Calgarians contributing to RRSPs and stashing away more money when the province just went through two brutal recession years?

A key is that Calgarians, who are still working, are making more money than the national average. Also they are spending less on housing costs than people in Toronto or Vancouver.

Brian Betz, a debt counsellor for Money Mentors in Calgary, has seen it all in his years of helping people out of tough financial situations and educating them about the nuances of how to take care of their money.

His personal opinion is that not enough people use tax savings plans. But he also understands why they don’t.

“Statistics are saying that basically 50 per cent of employed people these days are living paycheque to paycheque. So it’s very difficult to scrape out some money to put aside,” says Betz.

“Also we have over the last 25 years gone from the middle of the pack to being number one worldwide in terms of indebtedness versus household income. We are extremely indebted.”

He doesn’t believe the percentage of RRSP contributors will ever get any higher because of the financial state of households.

Have people looked at the amount they would need at retirement age without retirement savings? Canada Pension Plan (CPP) and old age security (OAS) is really not a lot.

“Or you just don’t stop working. That’s reality for a lot of people as well.”

Almost all financial advisers say people should pay themselves first. Meaning they should have a consistent plan where they put some money aside whenever they make money. Even a small amount goes a long way.

It really does come down to a financial literacy issue. It has been well documented in recent years how little Canadians understand personal finances. Whether it’s an RRSP, an RESP or a TFSA, many don’t know how they operate and the pros and cons of each. Because of that financial illiteracy, they are missing out on opportunities to save money for their future retirement, their children’s education or for other things they might want to spend their money on. And they’re also missing out on opportunities to decrease the taxes they pay to government.

Dylan Hughes, tax partner in the private enterprise group with MNP in Calgary, says what people need to keep in mind is that for most of them the RRSP is an effective tool to save for retirement while mitigating annual income tax.

“My general tip and advice that I’ve always lived by is to make savings a regular habit,” he says. “In other words, pay yourself first…. Put priority in saving and paying yourself first and that’s a much, much easier way of getting started than trying to put down some kind of lump sum; even if it’s something to the effect of five per cent of your income to start with on a monthly basis. You’ve got to work that into your budget and it’s going to pay dividends when the year-end comes around and you end up getting a larger tax refund than you would have otherwise expected anyway.” 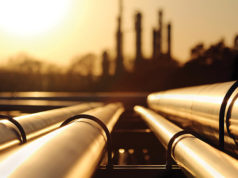 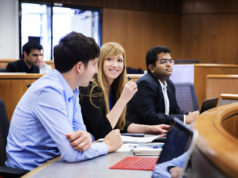