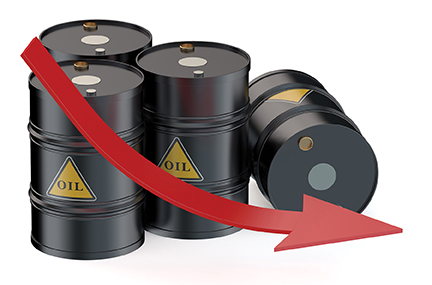 In an industry driven so heavily by cycles, some oil and gas insiders say mergers and acquisitions (M&A) are the ultimate strategy.

“Every M&A transaction includes the buyer/acquirer side and the seller/disposer side,” explains Dr. Bob Schulz, professor of strategic management and academic director, petroleum land management, at the University of Calgary’s Haskayne School of Business. “If the sides are too far apart in pricing or motivation, there is no deal. The buy side usually sees that buying is better and faster than organic internal building of revenues. The sell side could be motivated by running out of cash, people who retire, or owners/managers who prefer the startup growth phase with fewer employees compared to larger mature companies.

“The oil and gas industry is in a cycle of stronger companies acquiring weaker companies with too much debt or swapping non-core production for cash to pay down debt or for other lower operating cost properties.

“This cycle could last for another 12-24 months, as many properties are available, but many current potential buyers think many potential sellers are asking for a too high price per flowing barrel.”

After one of the industry’s most challenging years, 2016 was vital as it dealt with a debt-driven shakeout. Little wonder M&As (again) figured prominently in many company rebound and transformation strategies.

“Every downturn in our industry turns into an M&A cycle for a very simple reason. A certain segment of the industry chooses to carry too much debt trying to boost the value of their equity when times are good,” notes John Dielwart, founder, director and former CEO of ARC Resources and now vice-chairman of ARC Financial, Canada’s leading energy-focused private equity manager with over $4 billion of capital under management.

“The inevitable outcome of this strategy is that in a downturn, those companies struggle because of their debt resulting in a sharp drop in the value of their equity making them vulnerable to takeover. Depending on the level of their debt, if they are not taken over, the banks often demand that the companies reduce their debt through asset sales.”

For most of 2016, the oil and gas industry roller-coaster was tough to read, and even tougher to manage. The current cycle is taking longer than anticipated. Battered and volatile oil prices are still forcing companies to structurally reduce costs beyond traditional levels, impacting aspects like laying off staff and begrudging price concessions from suppliers.

Financially weaker operators, particularly those with high debt, are facing liquidity issues and often being forced to sell, just to secure cash. The catch is, there are limited buyers in the market, but this represents an opportunity for stronger companies and financial investors with long-term vision.

“When we review the forward-curve pricing and price decks used for reserve evaluations,” says the knowledgeable Andrew Basi, partner at Grant Thornton LLP in Calgary, “it appears that most are predicting oil pricing far lower than what we have seen in the recent past. Gas pricing, which is an important component that is often overlooked, is forecasted to improve from some recent lows, but not at the levels we have previously seen.

“The difficult price environment should lead to a continued consolidation of assets and companies.”

Even for industry leaders who are doing whatever it takes to survive, there’s wide consensus this cycle, and the M&A trend, is different from others. “The M&A cycle always ends when commodity prices recover,” Dielwart cautions. “But there’s no doubt about it – this cycle is different. The single biggest question we are all asking ourselves right now is ‘what does the future look like?’

“In past cycles, the future generally looked somewhat similar to the past. Not this time. Everyone – producers and investors alike – is trying to figure out what the future holds for the cost structure of the industry. There is a very significant bifurcation of the sector between those companies with predominantly legacy assets and those with predominantly resource play assets. All boats usually rise when commodity prices recover.

“That is not so certain this time,” he adds. “The industry is still trying to figure out what the future equilibrium commodity price for both oil and gas will be which will then determine what types of assets will work and which will get stranded. In the past, of course, the price, it was assumed, would just go back to where it was before the downturn.

“Not so fast with that assumption this time. That is one of the reasons that there have actually been fewer M&A transactions than one might have expected in this downturn. Most of the companies struggling financially which are takeover candidates often also have assets which may not be those that will work on whatever future evolves for the industry,” Dielwart points out. “This M&A cycle will last beyond just commodity price recovery until we see what the future equilibrium price will be.”

Grant Thornton’s Andrew Basi underscores M&As have always been a component of the oil and gas business. “Some of the stronger companies are looking for opportunities to purchase companies at a discount, while those companies in financial difficulty are selling to strong companies as they are facing liquidity issues. This consolidation will continue as the weaker companies are weeded out.”

As Dielwart says, the M&A fact of oil and gas business life does take its toll. “M&A activity during downturns will always exist in our industry. Investors should understand that by now. The biggest problem cycles they pose is the toll it takes on the industry’s human capital. That is the real dilemma and problem for the industry.”

Along with the ongoing trend of M&As, the industry also readies for the possibility of $50ppb as the new normal.

“Certain segments of the industry can manage in the near term on $50 oil, but non-conventional producers like the oilsands, will likely not be able to manage,” Basi warns, “and it would also place significant pressure on the margins of energy service companies.”

Dielwart shares the $50ppb concerns. “I doubt if the long-term price of $50 will work for our industry. Cost structure has come down sharply because the service companies’ margins have been crushed to the point many may not survive. Prices have to rise, just to let the service sector fix itself.”

Haskayne’s Bob Schulz adds geopolitical factors. “Some companies believe oil prices will stay around current levels for the next two years, unless there is a major supply disruption in Iran, Iraq or Venezuela. My sources indicate another possible small round of layoffs in January.”

And if the oil and gas industry grab bag of issues and concerns weren’t pressing enough, the industry – and many aspects of Canadian business – must now deal with the Trump factor.

“Trump would like to see Keystone XL move forward but I’m not sure that matters that much to us anymore,” Dielwart shrugs. “I don’t think it would be about TCPL reapplying for XL. It would be more about TCPL being willing to withdraw its lawsuits in exchange for approval.”

Schulz also suggests Trump could be a positive for the industry. “The expectations are that Keystone XL will get U.S. approval, likely in the January-March 2017 window, as this pipeline will facilitate moving Bakken oil from North Dakota through the original Keystone line. It will also provide Trump with enough energy security to provide additional leverage in discussions with leaders from Mexico, Russia, Iran, Saudi Arabia and other Middle East oil producers.”