The Canadian Federation of Independent Business (CFIB) has been exclusively devoted to the needs of small and medium-sized enterprises (SMEs) since 1971.

The organization got its start when John Bulloch read a white paper proposing a 50 per cent tax hike for Canadian small businesses. Bulloch was infuriated. He wrote a stern letter to the finance minister and took out ad space to have it published. Support poured in from around the nation.

Thanks to one man who stood up for SMEs, and the support he rallied, the proposed tax changes were withdrawn, and the CFIB was born.

CFIB fights on behalf of SMEs for better taxes, laws and regulations. The organization provides resources for business management and savings for members on essentials, such as marketing, banking and freight.

Now, CFIB finds itself on very familiar ground. When a proposed sweeping tax reform was announced during the summer of 2017, it included changes that would have a drastic, negative effect on small businesses.

“When the changes were proposed, CFIB read through them and pushed back to make sure the interests of small businesses were protected,” says CFIB’s Amber Ruddy, director of provincial affairs, Alberta. “The federal government has made adjustments to temper their proposals, but entrepreneurs are still troubled about the negative effects the revised proposals will have on small and medium-sized firms. There is still significant red tape being added that will make things more complicated for small business owners.”

Many SMEs took issue with the implication that private business owners were gaming the tax system and using loopholes to create enormous profits while evading taxes. That notion, as any entrepreneur can readily prove, is very far from the truth.

Most SMEs are not the burgeoning empires with offshore accounts and lavish family trust funds that the government is hinting at.

According to Key Small Business Statistics (June 2016), there are 169,305 private businesses in Alberta, of which 165,792 employ less than 100 people. Just 437 employ more than 500 people. SMEs are largely your non-chain restaurants, boutique retailers, fabrication and machining shops – they are run by your friends, your neighbours and people just like you. In the eyes of the government, however, SMEs appear to have Trump-like power and resources.

“Removing rewards for being a business owner is not inspiring people to create jobs. CFIB wants to create a positive climate for the next generation of business owners, and treating entrepreneurs like employees doesn’t inspire business confidence.”

She notes that opening a private business is incredibly risky, and there should be rewards, and incentives, for those who are creating jobs and opportunities for other Canadians.

The intense pressure CFIB, its members and other business owners have put on the government to review the proposed tax changes is having an effect.

“The government has now reinstated its promise to move small business taxes down to nine per cent, but there are still measures in the tax package that business owners are not excited about,” confirms Ruddy. “CFIB submitted formal recommendations and formed a small business coalition group made up of 80-plus members nationally. The government has dropped the parts that made it difficult to sell to family members, made some concessions on passive income, but elements may hamper small businesses from growing into mid-size firms.”

CFIB isn’t giving up. There is an “Act Now” button on their website (www.cfib-fcei.ca) for business owners who are looking to join the fight. “We are going to keep going until small business owners are heard,” concludes Ruddy.

Murray Mikaluk, a partner with Mikaluk & Hill LLP in Calgary, says the concern on the part of small business has not dissipated whatsoever although the federal Liberals have made some changes to their initial tax proposals.

“I think the biggest single thing I’m hearing from our small business clients is the uncertainty. We just don’t know what’s going to happen,” says Mikaluk.

He’s been a chartered accountant for 40 years and he’s never seen this level of anger towards a government. It has truly been unprecedented.

“Not only unprecedented in terms of the fundamental change they’re trying to ram through. The way it was done. In the dead of summer. Trying to sneak through three major fundamental pieces of tax legislation only giving the community 75 days to respond,” says Mikaluk.

“We have to question: could they really have gone through 21,000 responses in three weeks? The fact that they did not engage with the stakeholders, they did not engage in any fundamental consultations … there’s a significant amount of distrust within the small business community with respect to this Liberal government and the way they did it.”

The tone and rhetoric within the proposals were also offensive. Small business owners, people who incorporate, are not tax cheats. They are not taking advantage of loopholes. A small business tax culture has been created by successive Conservative and Liberal governments and people have planned around that culture.

“We’ve had some certainty in that regard. And now all of that certainty that we’ve had is gone. That’s where I am seeing the significant angst,” says Mikaluk.

Jack Mintz, director of the School of Public Policy at the University of Calgary, was at an event in the fall and found people still talking about the proposed tax changes and still extremely upset about them.

“I just hear an earful all the time,” he says. “I think there’s a huge lack of trust right now in the federal government and it’s partly their own making because they’ve made this into a class-warfare thing. There’s a lot of antagonism.

“There’s a lot of unclarity right now. I think that’s one of the things people are chagrined about – the way this has been handled and the speed that’s been involved without really knowing the full details. To make any changes you need to know the rules so there’s been unhappiness.”

Part of the angst is over the income splitting because smaller business owners will be the ones most heavily affected by any changes here.

Mintz says there are about 200,000 Canadian households that receive dividends from private corporations. A significant number – at least about half – are households with $100,000 to $200,000 in income.

“I call that middle class; not the rich,” says Mintz.

Mikaluk says his biggest single concern in the three proposals is the whole area of passive income. The reality is most small to medium-size business owners – assuming they’re successful making money in their corporation – build up their retained earnings as much as they can with the view that this is going to be their retirement income.

“But really the buildup of the retained earnings to subsequently take out in your retirement years as dividends has been the way we have tax planned owner managers for the last 40 years. That is all up in the air,” says Mikaluk.

The question that haunts small to medium-size business owners is the government’s motivation. Why has this segment of the Canadian economy been targeted for tax reform? Why didn’t the federal government go after the wealthy and their tax strategies – family trusts and stock option benefits?

“It defies logic that our country would have a fiscal policy that penalizes you for transferring your business to your children. That just makes no sense,” says Mikaluk.

In a submission to federal Finance Minister Bill Morneau, Mikaluk described the tax proposals as totally unreasonable and the tone and rhetoric insulting and demeaning.

“You are spewing propaganda and false statements in justification of your policy move to increase the taxation on one of the most important sectors of our economy,” wrote Mikaluk.

“While you are proposing to levy some of the most egregious new taxes on Canadian-controlled private corporations, your government has squandered billions of dollars on Bombardier.” 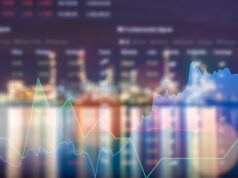 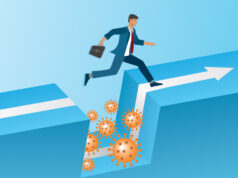 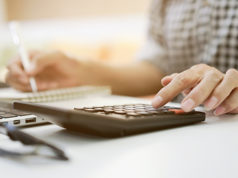 The Art of Financial Planning