In a 2017-18 provincial system of 719,889 students, 28,076 (approximately four per cent) attended independent (private) schools. Another 6,563 attended community-based private Early Childhood Services sites (kindergartens) where about 75 per cent of the students have special needs. As an aggregated group, the population of students is approximately five per cent of the education system. In total, there are over 250 independent schools and ECS operators in Alberta.

Parents choose to send their children to independent schools for many reasons. Some schools are operated with a special focus on students with specific learning needs. Others are built to offer a unique type of educational approach like Montessori or Waldorf. Sometimes parents choose a school that respects and supports their child’s faith and world view (like Sikh, Jewish, Muslim or Christian), or because they desire that their child learn about their culture, or for a specific academic, athletic or other educational focus.

There are those who would suggest that Albertans can’t afford to pay for educational choices such as independent schools. However, the reality is that independent schools save taxpayers millions of dollars each year. The math is quite straightforward. Every child in Alberta between the ages of 6-16 is legally mandated in the School Act to receive an education. When parents choose to place that child in a public or separate school, it costs the public purse around $13,000. Alberta independent schools receive only partial funding that equates to around $5,200 per year of public money. Therefore, each child that attends an independent school saves Albertans around $8,000 per year. Milke (2015) calculated that independent schools have saved government $750 million over the past five years alone.

In order to be able to operate, many independent schools have to charge tuition in order to pay for the remaining costs of operating the school. Tuition fees will vary considerably depending on the kind of capital investments for buildings, teacher/student ratios, extracurricular program activities and other program enhancements. Additionally, there are often other fundraising initiatives that are run to help alleviate the cost of operating a school. Some schools also offer bursaries to assist parents in managing the tuition requirements. Parents from a broad socio-economic, cultural, religious and geographic background choose to send their children to independent schools.

Although each independent school is operated by its own school board, Alberta Education ensures thorough accountability measures are in place. Each year, the schools must submit an audited financial statement; this confirms that the public dollars the school receives are appropriately spent on the educational needs of the students. Most independent schools are accredited; to maintain this accreditation they must teach a program of studies that is approved by the minister of education, and they must hire Alberta-certified teachers. There is also regular on-site monitoring by Alberta Education staff, and schools must annually submit education results reports, and three-year plans.

Independent schools are also incredibly accountable to their parents; as schools of choice, there must be strong alignment between the needs of the student and the program being offered, or else parents will choose to place their child in a different institution. To ensure the school is meeting the needs of the child, there is often a heightened emphasis on collaboration and parental engagement in independent schools.

One of the most powerful arguments in support of independent schools is also the most basic. They serve a public good. Education, at its core, is about providing an opportunity for children to learn, grow and equip themselves to be ethical, engaged and innovative citizens. To ensure this occurs, Alberta Education surveys students, parents and teachers in all schools in Alberta each year. The results show that independent schools are very successful at meeting student needs. The 2017 data indicates that independent schools are safe and caring (93.6% vs. provincial average of 89.5%), provide excellent education quality (94.6% vs. 90.1% prov. avg), prepare students for work (93.9% vs. 82.7% prov. avg), equip students for their role as citizens (90.4% vs. 83.7% prov. avg) and promote parental involvement (90.2% vs. 81.2% prov. avg).

Independent schools help educate Alberta’s students and they do so well. Their graduates become productive citizens who work together with graduates from other schools in Alberta, as well as with immigrants from all over the world, to help build a diverse, successful and inclusive society. 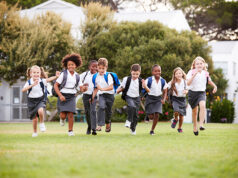 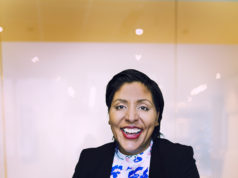