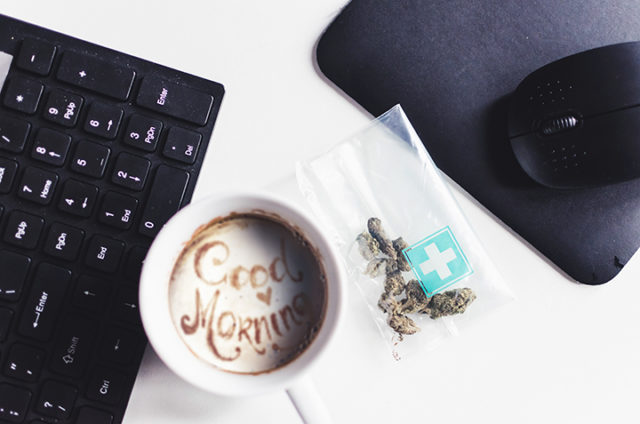 In contemporary culture and throughout the business world, cannabis has become a hot topic. Contentious and sometimes misunderstood, there is little doubt the legalization of marijuana will add a new dimension to Canadian workplaces.

Despite the megahype, Canada is only the second country in the world (Uruguay legalized marijuana production, sale and consumption in 2013) and the first G7 nation to pass a law allowing a nationwide marijuana market. By comparison, 10 U.S. states and the District of Columbia currently allow for recreational marijuana use while 30 allow for medical use.

There are two diametrically unrelated business aspects about Canadian legalization: the tracking and analysis of business bottom lines; and the stealth but vital impact of legalized cannabis on business as a workplace.

According to early indicators, speculators, analysts and an investor frenzy, Bill C-45 – Canada’s “cannabis law” – may already be triggering a billion-dollar business bonanza. Some projections suggest total spending on marijuana could surge by up to 58 per cent, owing primarily to the fact users seem willing to pay a premium for legal access to the drug.

Time (and profitability) will tell.

In the mainstream business-as-a-workplace side of life, there is a surge of important considerations for business owners, managers and employees.

Legalized cannabis is a workplace risk, for employers and employees, a workplace-safety issue and a workplace-productivity issue. And on various levels, it is a potentially murky HR procedure and enforcement issue. “We must remember that although legalization of cannabis may be new, impairment in the workplace certainly is not,” emphasizes Richard Truscott, the plugged-in Alberta and British Columbia vice president of the Canadian Federation of Independent Business (CFIB). “For many years employers have been dealing with issues related to alcohol or prescription drug use by employees at or before work.”

With the vital matter of workplace safety and the risk of liability, lawsuits and employee rights when it comes to medical cannabis, consultants suggest there are definitely some important steps business owners need to take to respond to the new reality of legalized cannabis in the workplace.

“Any drug or substance, legally obtained or not, that could impair a person’s ability to do their work in a safe and productive manner must be considered by the employer and covered by a clear and well-communicated policy,” Truscott points out. “Unfortunately, determining if someone is impaired at work as a result of cannabis use is not as easy as it is with alcohol. So, it’s critical that employers know how to identify impairment, regardless of what is causing it, and then know what to do.”

According to Jeff Bradshaw, president and CEO of the Calgary-based Cannabis Learning Series, which offers workplace safety and cannabis training programs, “Businesses are not prepared. Most companies have their head in the sand. Not that they don’t want to be ready; they just don’t know the resources and the timing. Like with an insurance policy, it’s easy to ignore. You don’t think you need it till you need it.”

Michelle Berg, a prominent member of the Calgary HR community and CEO of Elevated HR Solutions, agrees that in business, as in life, facts, information and being prepared is vital. “Most businesses don’t know what they don’t know, are not educated in the effects of cannabis and are somewhat in a wait-and-see game, meaning we’ll need to see a few situations go to court before we fully know the dos and don’ts…. The truth is that there is no precedent or evidence to say one way or the other what the impact will be. As long as businesses are open to learning, pivot as required and handle situations as they arise, they will be ready and equipped for the impact.”

When it all comes down to it, cannabis in the workplace is about liability, not morality.

Truscott points out small businesses typically don’t have lawyers or HR specialists on staff, so they do need support to prepare for the new reality of legalized cannabis – and differentiate between situations involving recreational and medicinal use. “Running a business means identifying and mitigating a wide range of risks. In terms of impairment in the workplace, it is critical for the employer to have clear policies in place that are proactively communicated to employees and applied on a consistent basis. There is a ton of information, resources, tools and templates that business owners can access.

“The onus is on the business owner to make sure they have taken reasonable steps to deal with impairment in the workplace. And it’s never a bad idea to have proactively identified a lawyer with the necessary expertise, in case these workplace issues become legal ones,” he says.

For Mark Cooper, director of communication with the Calgary Chamber, it is an aspect of business responsibility. “Businesses have an obligation to provide a safe workplace for their employees and many of our traditional industries have a strong culture of workplace safety. Most businesses have policies in place for safety-sensitive positions and for dealing with impairment and alcohol and they are making the necessary updates for legalized cannabis.

“There have been a lot of changes to labour-related legislation in the province in the last few years and we think that businesses are aware and working on policies. The Chamber has been hosting workshops and webinars for members over the past year in anticipation of the changes.”

There is much consultation and many experts agree with the caution that, as far as businesses are concerned, the buzz, excitement and newness of Canada’s Bill C-45 may still be triggering some misunderstanding.

For office jobs, the message is essentially that nothing has changed: employees are expected to show up sharp enough to perform on the job. Unless a legitimate prescription for medicinal marijuana exists, the workplace does not need to accommodate an employee’s cannabis habit.

“Some of the issues employers may now have to deal with,” Bradshaw adds, “include a possible increase in workplace accidents and impaired driving. Workplaces will also have to differentiate between recreational users, for whom a ‘no-tolerance’ policy is fair and medicinal users who have the right to be reasonably accommodated by their employer.

“Employees do not have any rights with respect to recreational cannabis in the workplace. They do have rights when it comes down to a medical authorization,” he says. “I think there’s going to be all kinds of lawsuits with respect to an employer terminating someone’s employment because they think they’re using cannabis on the job and they really don’t know – or can’t determine – the difference between medicinal and recreational.”

A recent “All Staff Memo” issued by a major Canadian employer said it bluntly but succinctly: “A person does not have a right to be impaired in the workplace.”

“For large companies with their own human resource and safety departments, putting workplace rules in place to reflect the new reality of legal marijuana is not that difficult,” the CFIB’s Truscott notes. “But for small employers without expertise in this area, there is lots of confusion. Common questions include whether cannabis can be consumed on workplace premises, what responsibility an employer bears if an impaired employee or customer has an accident on site, and whether employers can ask employees to submit to a drug test.

“Policy update memos and emails don’t work. If you don’t effectively train your front-line staff, it’s useless,” argues Bradshaw, who worked closely with Calgary-based Checker Cabs for last October’s introduction of Checker’s Fit for Duty campaign, stressing the importance of zero tolerance for workplace impairment. “It’s an important and proactive prevention and awareness campaign and all 900 Checker Cabs now feature Fit For Duty stickers as a pledge for staff to know and sign off on.”

According to Kurt Enders, president and CEO of the Checker Transportation Group, despite the recent attention about legalized cannabis, it’s business as usual in the workplace. “We have always had a zero-tolerance policy for our drivers in regard to driving while under the influence of any substance that causes impairment, including stress, fatigue or mental and physical illness.

“It’s early in the cannabis legalization stage but we are treating it no differently than alcohol for not only our 1,400 drivers but also our staff. Impairment is impairment. Safety is a priority for Checker and the customers we serve. We want our drivers and staff to be well rested, unimpaired, uninjured and physically and mentally fit to safely perform their day-to-day tasks.”

“This is going to be a difficult time,” Richard Truscott cautions. “Business owners can get themselves into trouble, not knowing what they don’t know.”