Colleagues who work out together perform well together.

That’s the philosophy driving many businesses to sign up for fitness classes as a group. Healthy body + healthy mind = happy employee and less turnover. And who doesn’t love a free class? It’s a win-win for everyone. With the multitude of activities and studios available in Calgary – dryland surfing, spin, boxing, boot camp – it makes this kind of team bonding pretty hard to resist.

The male staff at Glacier initially put up some resistance to joining the Barre Belle class in which their female co-worker enrolled them, but they put their egos aside and channelled their inner dancer. “Within five minutes all the guys were huffing and puffing and keeled over and we couldn’t keep up with the girls,” says co-founder and CEO Matt Diteljan of Glacier, a Calgary media company that specializes in advertising for colleges and universities to high school students.

Exercise allows co-workers to flex their talent and character trait muscles in a different context than in the conventions of the workspace; and here the four male Glacier employees showed up for the early-morning workout with a positive attitude and ready to take on a new challenge. And to do one better, Diteljan had to do the class in cut-off denim shorts because of a bet he’d lost. “Daisy Dukes are not the most flexible shorts to do pliés in,” laughs Diteljan.

Location, location, you know what they say. The staff at personal injury law firm Litwiniuk & Company considers themselves lucky that they need only ride the elevator down a few floors to sweat together. Located in the same building as Lagree YYC, they’ve been doing the core-strengthening workouts weekly since they moved into the Britannia building in March 2016. The Lagree method is performed on a moving platform that uses a system of springs, straps and cables for optimal resistance training.

It’s generally a group of nine women, the Original Gangsters (OGs) they call themselves, who attend the 45-minute lunch-hour class. Case manager and OG Neily Soutar says working out midday is a great way to clear the mind and connect with her colleagues and she always returns to her desk feeling refreshed. “We push each other’s limits and laugh at each other when our legs are shaking so badly in a lunge it looks like we’re doing a jig!” says Soutar.

Litwiniuk places a strong emphasis on personal development and creates many such opportunities for its employees. The firm has brought in meditation and yoga instructors and hosted psychology and fitness lunch-and-learn seminars at its café which doubles as a learning centre. “I believe that if you take care of yourself personally, both physically and psychologically, then that’s going to translate into your work life,” says owner and managing partner Todd Litwiniuk. For the past few years, 10 to 15 employees have been attending a boot camp twice a week after work at Method Fitness in Mission. Very much a believer in leading by example, Litwiniuk brings intention and intensity to the boot-camp sessions.

The family-run law firm sets quarterly and yearly goals for the business and similarly encourages its employees to create ones for their professional and personal lives. Says Litwiniuk: “I want to work with people who are driven to take care of themselves. As long as you’re always striving for something, that’s the most important thing.”

“Work hard, play hard together” is a great business mantra and the most important thing about it is that it’s a continuum of care. “It needs to be part of a bigger strategy and not a one-off,” says Janet Salopek, president and founder of Salopek & Associates, a business and human resource consultancy in Calgary.

Organizations indeed observe many benefits to providing a wellness program to their employees. It creates another opportunity for co-workers to build relationships with each other and, as a result from knowing each other better, they collaborate better thus increasing productivity, says Salopek.

Competitiveness is one of Glacier’s core values and it’s a fierceness embodied by their eight-person team in the multi-sport league they play in through the Calgary Sport and Social Club. Diteljan delights in this attribute, having observed his teammate’s layout on the gym floor to catch the Frisbee in a game of Ultimate, or take a slapshot at the net from half court in a heated moment in floor hockey, accidentally hitting the goalie in the head (a move that resulted in the said player being ejected from the game). They’ve made it to the finals a number of times. Do I hear a challenge?

They compete in a different sport each week and the team member who’s particularly skilled in that sport will step up to lead the others, giving each member the opportunity to take on a leadership role. Diteljan says their team rallies well together in competition, a cohesiveness that carries over into the professional realm. In fact, Glacier was a finalist in the 2018 Calgary Chamber’s Company Culture Award recognizing employee engagement, satisfaction and retention.

“Yo, Adrian!” is how the UNDRCARD experience begins for Adrian Nagle the moment he steps into the beltline boxing studio. The office instantly becomes a distant thought as the present transforms into a nightclub, a fight club, in a dimly-lit room with throbbing beats. It’s all about you and the punching bag.

Admittedly not the most athletic guy growing up, Nagle says the 45-minute cardio, boxing and strength-training workout is ideal because it eliminates the element of self-consciousness and it’s designed for all ages and fitness levels. It’s very much about creating an individual mindset and space within the high energy of the group.

Nagle first started taking groups of employees to UNDRCARD a few years ago at his previous position with the Chamber of Commerce. Rather than organize the same-old team-building events, Nagle finds the boxing workout to be a fun and novel way to connect with colleagues as well as get in a late-afternoon workout – and justification for the beers after.

The attitude, intentions and ethics that one demonstrates in their workouts are indicative of how an individual handles themselves in the other aspects of their lives. “What I’ve noticed is that everyone has fight in them,” says Nagle. “No one gives up and that’s really huge because you know when you’re working with these people that they have the same attitude in their office job.” 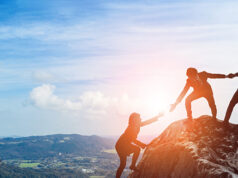 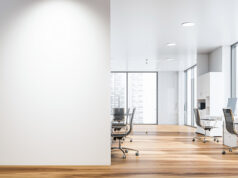