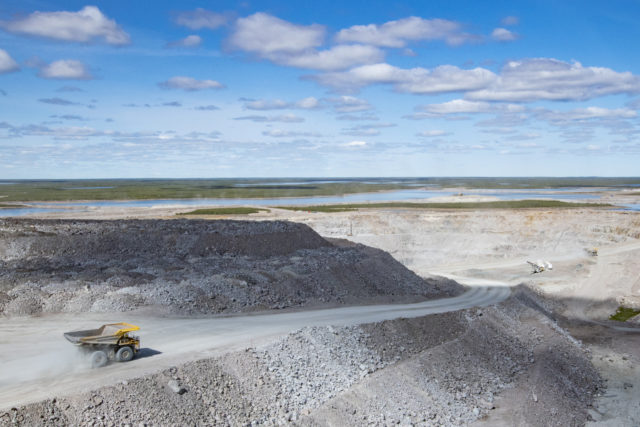 Blame it on clichés and popular myths but (throughout Canada and here in Alberta), the mining of minerals and stones is under-appreciated and misunderstood.

Industry stats show that the mining of minerals and stones is the prime industry in over 150 Canadian communities and a significant employer of Canadians. The minerals industry (excluding oil and gas) is estimated to directly employ about 10,000 people right here in Alberta.

Non-energy minerals excavated and mined in Alberta today include sand and gravel (production value of $289 million), sandstone and other building stone ($6 million), iron and magnetite, and gold. Salt and limestone continue to be the leading non-fuel minerals while other Alberta products include industrial and metallic minerals, diamonds, ammonite and other precious stones.

“By the numbers, Canada is first in potash, second in uranium and niobium, third in nickel, gemstones, cobalt, aluminum and platinum group metals,” explains Pierre Gratton, president and CEO of the Mining Association of Canada (MAC). “We are fourth in indium and sulphur and, as a surprise for some, fifth in diamonds, titanium and gold.”

According to MAC’s most recent report, the industry directly employs 426,000 workers across the country in mineral extraction, smelting, fabrication and manufacturing, and indirectly employs an additional 208,000 working with more than 3,700 companies supplying engineering, geotechnical, environmental, financial and other services to mining operations.

However, for various key reasons (mostly internal), the importance of minerals and stones often continues to fly under the Canadian radar.

“It’s one of the few sectors of the Canadian economy where Canada can claim global leadership,” Gratton adds. “Even though minerals and stones were not as impacted by the Alberta downturn as some other industries, we do face our own unique challenges.

“To be brutally honest about it, we have been in an up cycle for more than a year but it’s not a great time. We’re not booming but we’re healthy.”

It’s a little-known fact in routine Canadian business life that about 95 per cent of potash is used for fertilizer in agriculture and the remaining five per cent is used for commercial and industrial products such as soap. Canada is the number one potash-producing country (contributing more than 35 per cent of global production) and Nutrien is the world’s largest producer of potash.

“We have an integrated network of six potash mines throughout Saskatchewan which produced almost 13 million tonnes last year,” says Nutrien spokesperson Will Tigley. “Our potash industry continues to grow and innovate every year. We’ve entered a recovery phase in our commodity cycle with strengthening potash prices and reached record global demand of potash at an estimated 66 million tonnes last year. Our largest markets for potash are in the U.S. followed by Brazil and then China.

“A lot of this growth is responding to the need to replenish nutrients removed by record global harvests and increased recognition of balanced soil fertility in developing countries. Safety is driving some of the innovation and technology we use in our mining operation,” he says.

“Late last year, we started programs that are improving safety, productivity, costs and flexibility across our potash operations. This includes digital operations which keep our employees safe by allowing them to work from a distance from the actual worksite.

“Technology is also improving our precision in mining by using sensors and cameras to assess the geology and predict ground disturbances and other hazards which again improves our safety,” Tigley notes. “All in all, working alongside our other nutrients and our retail business, potash represents about one-third of our company’s EBITDA (earnings before interest, tax, depreciation and amortization).”

Still a surprise to many people is Canada being a key player in the global business of diamonds.

Diamond-rich areas weren’t discovered in Canada until the early 1990s. Before then, diamond mining in Canada had been virtually non-existent. But by 2017, Canada was solidly the world’s third-largest producer of diamonds by value (14.6 per cent) and the second-largest producer by volume (15.4 per cent).

The most recent stats show that Canadian mines have produced 23 million carats of diamonds valued at $2.7 billion.

Even in business and industry, some clichés and stereotypes are difficult to change. So, Canada-as-a-world-source for diamonds is still a reputation in progress, says Tom Ormsby, head of external and corporate affairs for Calgary-based De Beers Canada. “We have five diamond mines in Canada – in the Northwest Territories and Ontario.

“Canada is a legit world leader in the diamond business but, maybe because most Canadians are not in the backyard of diamond-mining activity, there is still a lack of awareness.

“Diamonds are down very deep in rock and with Canada’s geology, Canadian diamonds tend to have a higher percentage of clarity and are high quality. A diamond mine also needs to be economically feasible,” he explains. “Technology has dramatically impacted diamond mining by tremendously impacting safety and allowing production to be more economically efficient.

“De Beers came to Calgary in 2016 when our focus shifted west, closer to our Canadian assets. We fly direct from YYC to our mine in N.W.T., and when it came time to decide on a Canadian location, Calgary checked more boxes. With all the available resource operations, Calgary is a great place to recruit qualified people.”

MAC’s Pierre Gratton points out that Canada’s minerals, metals and stones sector is dealing with some Canadian and global speed bumps. “A real and important issue is that, for various Canadian and global economy trends and reasons, Canada’s relative share of global exploration and mining investment has been falling. Canada as an investment destination has a business investment world that getting infrastructure built is a problem.

“While Canada remained the world’s top destination for non-ferrous exploration spending in 2017, it continued to cede market share to other jurisdictions, including Australia.”

“It reflects the fierce competition for global mineral investment and the financing challenges especially junior companies are facing,” he notes, but highlights some encouragement on the horizon. “The federal government’s recognition of this challenge, and subsequent decision to renew the Mineral Exploration Tax Credit for a five-year term, should help address this trend and boost awareness about Canada as a strong minerals and stones player.” 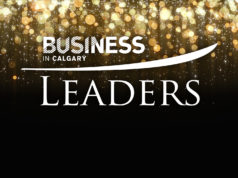 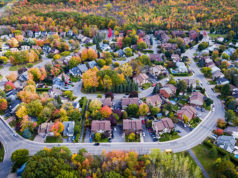 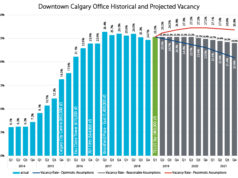 Different Roads to the Same Castle