In June of 2013, Calgary experienced disaster. A year’s worth of rain – approximately 300 millilitres – fell in the span of two days on a relatively small area west of the city (from Bragg Creek to Canmore). This, combined with a melting snowpack from the nearby mountains, caused a one in 100-year flood of the Bow and Elbow rivers in the city and surrounding areas. It would be the second largest natural disaster in Canadian history after the Fort McMurray fires.

The numbers are telling: $6 billion in financial losses and property damage across southern Alberta, including $445 million in damage to public infrastructure in Calgary; five lives lost; 80,000 Calgarians evacuated; 32 communities affected including the downtown core which was inaccessible for days; 5.1 million lost work hours; and, a $2-billion reduction in the Canadian GDP.

Five years later, could a flood of the same magnitude devastate the city again? Yes, absolutely.

“People think that 2013 was an outlier or unusual event,” laments Frank Frigo, leader of watershed analysis at the City of Calgary. “But even in the short time that we’ve been measuring flow rates in the Bow, two larger events have passed through Calgary, in 1879 and 1897.” Regular flooding occurred until about 1932; then, through sheer probabilistic luck, Calgary experienced a 70-year period of relatively no flooding.

“But this is absolutely a flood-prone place,” Frigo stresses. “What’s surprising is not that 2013 occurred, but that events of similar magnitude or lesser magnitude haven’t occurred more regularly in that 70-year period preceding 2005. “In fact, river flooding is identified by the Calgary Emergency Management Agency (CEMA) as the predominant risk Calgary faces.”

For clarity, a one in 100-year flood means a one per cent chance every year that a flood of that magnitude will occur. “It doesn’t mean we start the clock again and wait another 100 years,” explains Greg Clark, MLA for Calgary-Elbow. It’s also based on a rolling average over time, such that the 2013 flood is now considered a one in 70- or 75-year flood.

And even though the 2013 flood was devastating, it could have been much worse. “About six more hours of rainfall and the entire downtown core would have been flooded,” reveals Paul Battistella of Flood Free Calgary, an organization advocating mitigation on both rivers. “In that scenario, where you have parkades and elevator systems destroyed, you’re potentially losing months of access to the downtown.”

The downtown vacancy rate, he notes, is currently around 30 per cent. “If we think that’s a problem, imagine the vacancy rate with that type of flood. What’ll be the impact on the city’s economy and to all the businesses in and around the downtown?”

Mitigation, everyone agrees, is required. Five years in though, after much study, analysis and evaluation, significant mitigation – which would protect against an event similar to the 2013 flood – has yet to occur.

Since 2013, the city has committed over $150 million for various flood-mitigation projects. To date, 11 of the EMP’s recommendations have been completed, and 16 are in progress. “We have been working predominantly on smaller, community-scale projects to improve resilience,” says Frigo. “Things like flood protection at the zoo, barriers and flood work at the Stampede, lots of work on bank stability to protect key infrastructure like water mains, bridges, electrical substations. All of that work has reduced our estimate of the current exposure by about 30 per cent on aggregate, which is about a $52-million differential from 2013.”

What of the remaining 70 per cent exposure? “An important investment the city supports and the province has committed to is the Springbank reservoir,” he says.

The Springbank Off-Stream Reservoir is a dry reservoir that will divert water from the Elbow River and store it in a temporary reservoir during a flood. It will work in tandem with the Glenmore Reservoir, where new floodgates currently under construction will double the capacity of the reservoir. Once completed in time for next spring, the new gates will provide protection for approximately 20 per cent of the volume of a 2013-type flood. Together, the new gates and the Springbank reservoir would accommodate water volumes equal to the 2013 flood, with nominal damage to riverbanks in Calgary.

Originally committed to by the provincial government of Jim Prentice, the Springbank reservoir was re-approved by the NDP government in October 2015. Since that time, it has been slogging through the regulatory process of the Canadian Environmental Assessment Agency (CEAA), and not without opposition.

Battistella is referring to the approximately 22 landowners whose land must be acquired by the provincial government to build the reservoir. These landowners oppose the project. “But I haven’t seen anything coming from them that identifies environmental impacts as a concern,” he adds.

“Springbank is the least-expensive, most-effective and most-timely flood-mitigation project for the Elbow River,” says Clark. “It’s not without impact unfortunately. But when you have the economic engine of Western Canada – downtown Calgary – under threat, the public interest demands that private landowners have their land acquired.”

Clark, Frigo and Battistella agree the alternatives to Springbank, including the McLean Creek project and a tunnel under the Glenmore Reservoir, are inadequate. The general consensus is the project will happen, though perhaps not by the spring of 2021 as originally planned. “The latest projection shows it will be half done by the spring of 2021,” offers Clark.

Mitigation on the Bow River is more complex, Frigo says. Construction of a new reservoir upstream of Calgary has been identified as needed, though alone wouldn’t be enough. Another key component is a 2016 agreement between the province and TransAlta to operate Ghost reservoir and the Kananaskis river system reservoirs so as to offer more flood protection.

“Unfortunately, even with a new dam and the TransAlta agreement it’s still not enough,” says Frigo, “so there has been a significant investment of about $150 million – which is about 30 per cent complete now – of resilience features such as improved draining systems, flood walls and barriers put in place in specific communities in Calgary: Bowness, Sunnyside, parts of downtown, parts of the Bonnybrook industrial area, as well the east part of Inglewood.”

“If you want to protect the downtown core and the business community, you need mitigation on both the Bow and Elbow,” says Battistella who is confident in the Springbank project. He’s less satisfied with the status of the Bow. “It’s going to take us approximately 10 years to get the Elbow taken care of and it’s already underway. How much longer is it going to take for the Bow? Are we looking at another decade before there’s the required flood mitigation there?”

For now, and the foreseeable future, let’s hope luck is on the city’s side. 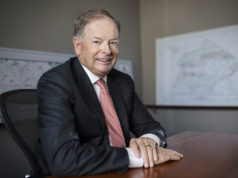 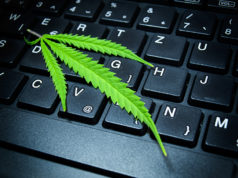 Cannabis in the Workplace