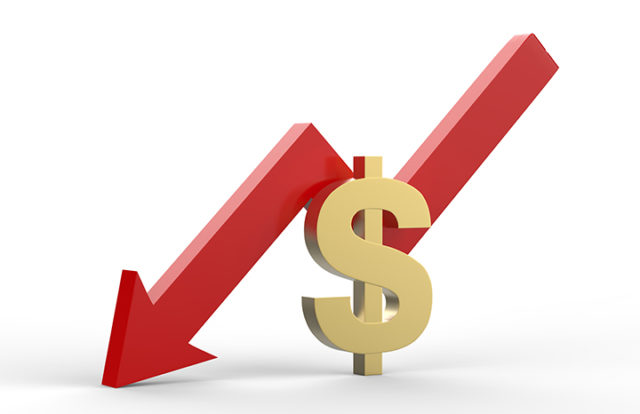 Of course there are many factors, situations and circumstances—from the economy, interest rates, employment and unemployment—that inevitably impact a person’s outlook and perspectives about money strategy but ultimately “savings and investing is about finding the balance of living for today and planning for the future,” says Chris Turchansky, president of ATB Wealth.

He echoes the caution and concern of many financial professionals that “the overall savings rate in Canada is continuing to decline and it is resulting in a majority of Canadians needing to adjust their retirement goals or increasing their savings in the future.”

A recent Statistics Canada report shows that the Canadian household savings rate, which represents the proportion of disposable income that remains after spending, fell to 0.8 per cent in the third quarter, the lowest level since early 2017. It averaged 1.4 per cent during 2018, which was the worst on an annual basis since 2005.

The drooping phenomenon is a reflection of a trend. Despite occasion spikes, Canada’s savings rate has been falling for decades. Financial experts can’t pin point or agree why. There’s a popular theory that while the population is aging, retire later, often working past retirement age and draw down their savings rather than building them up.

Whatever the elusive explanation, the numbers show a significant drop in Canadians’ savings rate, from 12 to 15 per cent in the early 1990s to below two per cent today. Economists are also baffled why the initial slump happened in the 1990s, when baby boomers were still in prime working age.

The attitudes and savings are unique and specific, closer to home. “The complexity in the investment industry continues to grow resulting in a number of individuals not knowing where to start or what to do,” Turchansky explains.

“There is a strong relationship between economic performance and saving. With the economic challenges in Alberta and Calgary, finding the balance between living for today and saving for the future can be challenging.

“With the low savings levels amongst Canadians, there is heightened relevance for tax advantage investment vehicles like RRSPs and TFSAs to help Canadians save,” he urges. “According to the latest ATB Investor Beat survey, only three in 10 Albertans contribute regularly to their RRSPs.

“Also, the individual’s current financial situation has a dramatic impact on their savings. In the latest ATB Investor Beat survey, Albertans who are contributing less to their RRSPs cite lower earnings or reduced salaries, job loss or unexpected expenses as reasons for not contributing to their RRSPs.

Turchansky points out that the oil price correction that started in 2014 also continues to take its toll, forcing Albertans to re-adjust and adapt their financial situation to today’s economic environment.

“The state of Alberta’s economy has certainly made it more difficult for Albertans to find extra dollars to save and invest. Of those affected by the drop in oil price, most indicate they’ve reduced spending, while 33% report that they have stopped regular savings or investment contributions,” he adds.

There is a tsunami of detailed advice and strategy about the trend of savings and most suggested strategies eventually get refined and personalized. One popular, rule-of-thumb formula is to save at least 1x annual salary by 30, 3x by 40, 6x by 50, 8x by 60, and 10x by 67.

There’s also frequent professional recommendation that a person should save 15 percent of annual income starting at age 25, invest more than 50 percent (average) in stocks over a working lifetime and enjoy a retirement lifestyle at rat 67.

Of course savings, like most things in life, rarely go according to plan.

According to a recent CIBC poll, Canadians estimate that they will need an average of $756,000 in retirement savings. The downside? The vast majority (90 per cent) do not have a plan to achieve the lifestyle they want in their ‘golden years.’

– $184,000 is the average amount Canadians say they’ve saved for retirement

– women are less likely than men to be retirement ready

Underscoring the many personalized savings situations, options and strategies, the two solid and popular Canadian options are RRSPs and TFSAs.

Analysts mention that younger Canadians may be attracted to TFSAs because there is no financial penalty if they have to withdraw money for an emergency or when buying a home.

While some stereotypes suggest that younger people are focused on career building not retirement, some investment professionals counter that today’s double-digit real estate appreciation and one per cent wage growth are creating new and different priorities for younger generations. More of their cash flow goes towards home down payments, and it’s taking longer to pay off mortgages. In many situations, people may have to rely on home equity as part of their retirement plan.

It’s a different story when it comes to RRSPs. Boomers and people in their prime working years most likely use RRSPs to save, likely because they have small or no mortgages, have earned income and enjoy the tax deduction of contributing to an RRSP.

The most recent census confirms that RRSPs continue as a solid traditional choice for retirement saving while the popularity of TFSAs has consistently increased since its introduction in 2009.

StatsCan tracking says that RRSPs, which have been around for longer and have more contribution room, hold far more of Canadians’ money at the moment—just over $1 trillion in RRSPs compared to $157.9 billion in TFSAs.

The actual numbers illustrate that more than 40 percent of Canadians contribute to TFSAs and that younger Canadians and those in lower-income households were more likely to put money in TFSAs, likely because they had lower earned income (and RRSP contribution levels depend on having earned income at tax time).

A consensus of savings advice emphasizes that TFSAs are effective tax-planning opportunities for both young workers who will have significant pay increases in the next few years, as well as over-55 workers who may also opt for TFSAs, likely because their RRSP contributions have been maxed out or they anticipate needing cash in the near future.

Although the conventional wisdom and well-worn clichés argue generational factors about savings, they may now be getting updated. “Millennials are more cautious towards the markets compared to other generations because of how the credit crisis shaped their experience in the market as new investors,” Turchansky notes.

“But what we’re seeing is that Millennials are more willing to contribute to their RRSPs than the other two generations.

“Our recent survey shows 34 percent of Millennials are expecting to contribute to their RRSPs, versus only 23 percent of Gen-Xers and 13 percent of Boomers.”

“But it’s not all bad news!” the positive and upbeat Chris Turchansky says. “Among those who are planning on contributing more to their RRSPs, 38 percent indicate that the increase is due to a job change or promotion. If you find yourself in one of these fortunate situations, think about putting those extra dollars towards your long-term savings and investments.

“Two important things to remember about the importance of savings: starting saving habits—even in small amounts—is critical and the power of compounding returns.”

And remember: in just over five months, it will be RRSP deadline time! 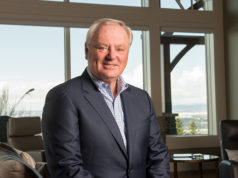 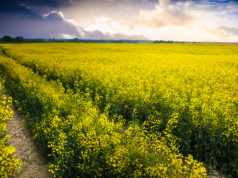 First Cut is the Deepest