Yes, of course they’re cute, clever, creative and fun! But make no mistake about it, they are also big business – unique and exclusive to Calgary.

From Harvey the Hound of the Calgary Flames, the Stampede’s Harry the Horse and professional sports teams, corporations, colleges, universities, high schools, theme parks and festivals around the world to iconic mascots like the A&W Root Bear and the Energizer Bunny – it’s all quietly but proudly “made in Calgary.”

This year was extra special at the NFL Super Bowl. The massive crowd beamed around the world, cheering and laughing along with Pat from the New England Patriots and Rampage from the LA Rams, the two colourful, duelling mascots at the big game – by way of Calgary.

And while it was a source of genuine and quirky pride, it wasn’t the first time the Calgary company was a rousing Super Bowl hit. A few years ago, with the mascots of the two teams plus the NFL and another commercial mascot, there were four made-in-Calgary mascots on the Super Bowl field at the same time.

Glenn Street, formally listed as “founder and top dog” of Calgary’s Street Characters Inc., is a personable (and still amused by his job) Calgary business success story who heads a team of some 20 unusual professionals – from artistic designers to production specialists who cut and sew the special materials and prop professionals who create a gamut of quirky touches from crowns, giant (but cute) fish fins, huge buggy eyes and funny swords to manes of fuzzy purple hair and friendly fangs.

Although it’s often a quirky and fun job for the Calgary-based staff, Street adds it is also a lot of work. From the initial consultations about what the character should look like to the back-and-forth designs and the actual production, it could easily take the Calgary company two or three months to complete a $7,000-$8,000 mascot.

“More than 85 per cent of our mascots are exports, mostly because it’s more of an American phenomenon. Americans tend to be more sport wild and crazy.” He points out it’s not nearly as basic and easy as the mascots just looking like a cute or whimsical novelty. “Whether it’s on a sports field, in an arena, at a big festival or a theme park, of course creativity and design are crucial but people want to warm-up to the mascot, to like them and respond positively. Some groups, like U.S. colleges, want a don’t-mess-with-me look.

“Whether it’s a shark, a lion or a bulldog, we have to make sure it’s a friendly and humanized don’t-mess-with-me look,” Street says with a warm smile.

The function and the skills of the performer inside the oversized and sometime sweaty and claustrophobic costume is just as important. “A mascot in a theme park is totally different than being active with exaggerated movements, waving, walking and jumping to getting a crowd going for a two-and-a-half-hour football game.”

Aside from the excitement (and fun), Glenn Street explains it is a customer-driven business. “A ‘be the customer’ mindset, all the aspects of customer service and customer care and meeting deadlines is critical.

“We are also very conscious of the net promoter score – an industry measure of customer satisfaction. At one time, our score was higher than Apple,” he says with (seriously fun) Calgary spirit and pride. 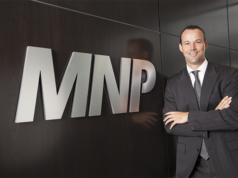 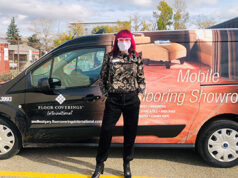 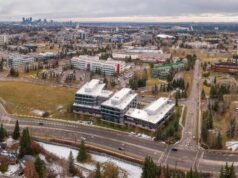