Although there is positivity toward a light at the end of Calgary’s real estate tunnel, experts agree the broadside was bigger than some thought.

According to Canada Mortgage and Housing Corporation’s (CMHC) Fall 2016 Housing Market Outlook for the Calgary Census Metropolitan Area (CMA), “The pace of new home construction in the Calgary CMA in 2016 has been weighed down by the decline in economic activity. To the end of August 2016, total housing starts reached 742 units, down 35 per cent from the corresponding period a year earlier. Losses in full-time employment and slower population growth contributed to a decline in housing demand. This along with increased supply in both the resale and new home market have kept new home starts below 2015 levels.”

Recovery won’t be instant, says the CHMC forecast and the numbers show this year’s housing starts will likely stay below historical Calgary averages, with improvement by the end of the year and into 2018.

Contrary to some simplistic cause-and effect theories, while the Alberta economy and the Calgary downturn impacted housing starts and new home construction, it does not get exclusive blame.

Some area builders and developers question the poor timing of last year’s new mortgage rules and the “stress test” for mortgage eligibility.

Last fall, when the new mortgage rules kicked in, the reaction from Calgary-area builders, developers, real estate agents and mortgage lenders was almost immediate. There was consensus the federal decision was intended to primarily help cool down the overpriced Vancouver and Toronto markets.

Many Calgary-area Realtors have cautioned the new mortgage rules will hit Alberta’s market the hardest.

The changes are meant to make it tougher for buyers to qualify if they put less than 20 per cent down. Prior to the new rules, an Alberta family with a household income of $80,000 and a minimum down payment of five per cent would likely have qualified for a $400,000 home. With the rules now in place, the approval will be for a $320,000 home.

“Of course consumer confidence is always a key factor in the mortgage market. People refrain from buying and borrowing if they are uncertain about their financial future,” says mortgage expert Amanda Roy, executive director of the Alberta Mortgage Brokers Association (AMBA). “Yes, interest rates are also an important factor as they affect affordability and the amount of mortgage that a borrower can get.

“The mortgage amount plus the down payment impacts the type of home that the consumer can purchase. There is typically a direct correlation between market activity and interest rates, however, employment is even more directly correlated to housing market activity.”

The AMBA admits the new rules are far reaching and complex in relation to how borrowing costs may be affected, but many in the industry believe the stress test is a signal that eventually mortgage rates will rise.

“Some opinions are that the qualifying rate may be too high and somewhat arbitrary,” Roy points out. “The end result is that, on average, borrowers qualify for about 20 per cent less in mortgage amount, which means they have to save more to buy the dream home or settle for a lower-priced entry-level home.”

She also notes when it comes to the new mortgage rules impacting areas like Toronto, Vancouver and Calgary, actual calculations could turn into a Calgary positive. “A national stress test for mortgage eligibility actually makes sense. It impacts the amount of mortgage that borrowers can obtain based on payments calculated at the same qualifying rate across Canada.

“But it affects each market differently. If borrowers had similar incomes, it would be the same mortgage amount regardless of where they live and own a home. But that same mortgage will buy much more house in Calgary or Edmonton than in Toronto or Vancouver.

“According to Stat Canada’s average annual earnings statistics, Alberta is still higher in terms of income, despite the economy, and the average price for a Toronto or Vancouver home being significantly higher could mean that the Calgary market may be in a better position to handle the stress test than Vancouver or Toronto,” she says reassuringly.

“The issue is that the major banks routinely build in risk tolerances into their eligibility rules anyway, so we’re confused about the need for further regulations from the feds,” emphasizes respected Calgary business leader Guy Huntingford, CEO of BILD Calgary Region.

“Banks build in provisions for losses on their mortgage books mostly based on the job market. It is job losses that worry the banks. Calgary’s almost 19,000 jobs lost in 2016 is the real concern, not mortgage interest rates.

“The traffic to our show homes is not filled with people who are, unfortunately and temporarily, out of work.” 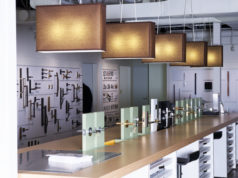