The prefabricated (a.k.a. prefab) modular construction industry seems to be on an upward swing. What used to be typically associated with low-quality, low-income housing has now turned into high-end, high-quality homes and commercial construction projects. Choosing prefab/modular construction has several benefits including, but not limited to, the reduction of waste and carbon footprints, schedule reduction and cost control.

Rod Graham, president and CEO of Horizon North, says, “The concept of using modular as a mode of vertical construction is not new. Developed nations around the world have embraced modular for years; the delivery of a building that is of higher quality, with cost certainty, timetable certainty and is environmentally friendly has made modular a popular choice across the United States and Europe.”

The term “modular,” as explained by Calgary-based Horizon North, “is a method of construction differing from other conventional methods, such as ‘stick-built’ which is a piece-by-piece process constructed right on site. Both methods utilize the same materials and design philosophy, and follow the same building codes and standards. However, modular construction uses sophisticated technology and industry-leading design software to identify elements of a construction project that can be prefabricated as modules of various sizes in a controlled factory environment. The modules are then transported and delivered to their intended site, set on the foundation footprint by use of a crane and joined together to make one integrated building. Once the modules are assembled on site and the integration is complete, the structure is virtually indistinguishable from those built by conventional construction methods.”

Manufacturing a project off site provides significant improvement in the areas of productivity, efficiency and the quality of the construction process. It also reduces the completion time that would normally take longer if built on site. “An inherently ‘greener’ and safer approach, modular construction,” according to Horizon North, “generates less waste material [and] creates less site disturbance, while producing a structure that is generally stronger than those of conventional methods.”

Kevin Read, president and CEO of Calgary-based Nomodic Modular Structures, says, “Although we started out primarily in the industrial/workforce housing space, our product offering has since branched out to include everything from urban multi-family developments and boutique resorts to remote single-family cabins.

“One thing that separates Nomodic from many of our industry peers is that 100 per cent of our focus since inception has been on permanent modular construction,” says Read. “The overwhelming majority of other players have deep roots in the very different temporary/relocatable structures segment which includes more traditional products such as trailers and school portables.”

In December 2017, Nomodic completed a custom cabin near Windermere, B.C. and the feedback from the public was extremely positive. “They didn’t know such high-end products were possible with modular construction.”

Read adds, “Compared to conventional site-built construction methods, building in a controlled environment allows for improved quality control, fewer weather-related delays, a significant reduction in construction waste and improved supervision of labour resulting in a higher-quality end-product. It also delivers improved cost and schedule certainty. Simultaneous fabrication of modules with site development allows projects to be expedited and completed much faster, resulting in faster occupancy, and in many cases, quicker revenue for developers and owners.”

According to Read, five of the most common benefits of their hybrid-modular construction model are: 1) Faster completion time – an accelerated schedule results in improved construction efficiency and buildings are typically completed roughly 50 per cent faster compared to conventional construction methods. 2) Superior reliability – building in a controlled environment reduces labour cost overruns and eliminates schedule delays due to weather or damage. 3) Improved precision and quality control – building indoors allows for a more controlled construction environment and improved quality control, resulting in a higher-quality product. 4) Reduced disruption to the community – less time spent on site leads to reduced road/sidewalk closures, less construction noise, and minimized vehicle and equipment traffic. 5) Reduction of construction site waste – compared to conventional site-built construction, factory-built construction leads to much less time spent on site, resulting in a cleaner site. Material is precision cut to size and scraps are gathered in the facility and recycled through the next project as opposed to being taken to the dump. This leads to reduced impact on the environment.

Currently, Nomodic is working with a private developer to expand Duffin Cove Oceanfront Lodging, a resort hotel in the town of Tofino. Expected completion date is summer 2018. The developer says the beautiful location on the ocean and the size of the land allowed for the opportunity to expand.

“To expand the resort using conventional construction, we would have had to close the entire hotel for over a year to allow for the construction. In addition, we would have had to house dozens of workers, planners and additional trades to complete the structures which would have taken lots of time and at a great expense. By utilizing modular construction through Nomodic, we can close the resort for only four months allowing for the preparation and installation of the new buildings. As well, we planned to do this prior to the busy summer period thereby limiting our loss of revenue by two-thirds.

“This [is] our first experience with Nomodic and I struggle to see how we would have achieved what we have to date without them – they have handled all aspects of the project. The expansion is very complex and technical as the buildings will be cantilevered over the edge of a cliff on the ocean front. From the design to the pre-planning and the permits, they have the expertise that we required,” says the developer.

“By using upcycled shipping containers as part of the structural framework, Ladacor gives them a higher purpose than originally intended, and offers the most sustainable, environmentally-safe and ‘green’ development for fast deployment,” says Nimchuk. “Our projects create a well-designed, durable solution with reduced longer-term operating costs. Shipping containers are inherently durable, portable and sustainable; by their nature they are the ideal building block that offer many environmental benefits.”

Ladacor is proud to offer full turnkey design-build projects of various sizes, complexity and price points. Nimchuk explains the finished product is virtually indistinguishable from conventionally-constructed projects, both inside and out.

He adds that using Ladacor’s innovative modular-building approach offers numerous benefits over conventional construction projects. “Modular construction gives a far better sound insulation between the suites, making them much quieter for the residents living in the units, and gives a far better thermal insulation performance, making them much more comfortable and cheaper to operate.”

Graham says, “We believe our offering and breadth … across a myriad of end markets – affordable housing, hotels, condos, low-rise office buildings, commercial retail and senior facilities – allow prospective customers the ability to have a tactile experience. Simply put, it is a better way to build.”

“The size of the industry and the opportunity is staggering, as more and more developers see the benefits of building projects off-site and reaping the rewards,” says Nimchuk. 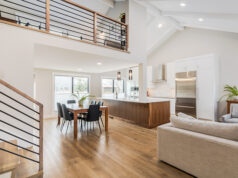 The Rebound is Good 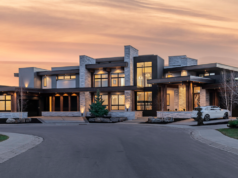