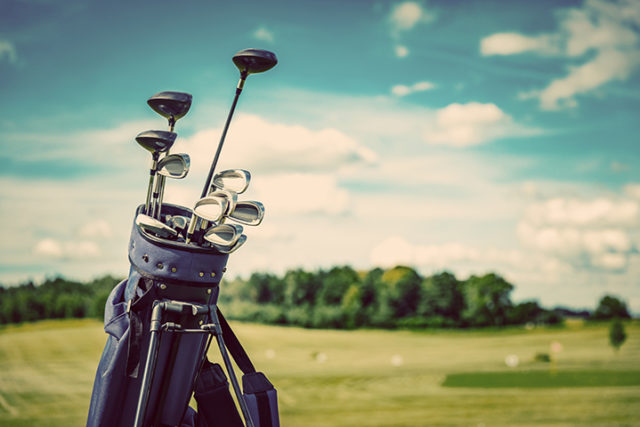 Renowned sports psychologist and performance coach Dr. Bob Rotella once said, “A golfer has to train his swing on the practice tee, then trust it on the course.”

Calgarians and beyond will soon be dusting off their clubs in anticipation of warmer temps and praying to the almighty golf gods for a better handicap than last year. If they’re lucky, they’ve already taken some swings in warmer climes south of the border. And if they’re smart, they’ve been chipping away at indoor practice facilities in the city.

Practice makes perfect may be an overused adage, yet in the game of golf it can be the difference between the greatest game ever played and 18 holes of horror. After all, would you expect to be successful at your job without working at it first, asks Tom Greiner, head professional at the Calgary Golf & Country Club.
“If people ran their businesses like they ran their approach to golf, their businesses would probably go bankrupt in no time,” he says. “Start by asking, what are your expectations? Where do you want to see your golf game go? Are you being realistic? Most people have one-, two- and five-year business plans. Golf is no different.”

While some golfers are fixated on straighter putts or getting a few more yards out of their drive, Greiner says most people should focus on improving the consistency of their overall game.
“Everyone has hit that miraculous golf shot, whether it’s a 250-yard drive or a shot that never leaves the flagstick and ends up six feet,” he says. “They feel that they’ve done it once, and now they want to be able to do it all the time. Consistency is that elusive thing that everyone wants to achieve so they’re not shooting 95 one game and 79 the next.”

Terry Carter, who has been a PGA pro for the past 28 years and is currently director of the Calgary-based National Golf Academy, says the key to consistency is not just practice, but practising the right things. He highlights what he calls the fundamentals such as proper grip, posture, ball position and rotation.

“Once you know what to work on, you can be more productive. It’s about practising with a purpose,” says Carter, whose academy employs six PGA pros year-round and handles upwards of 10,000 lessons per year.

“The most common shot for 90 per cent of golfers is the slice … yet most people don’t understand ball flight laws. So, they don’t know why a ball went to the right or left. If you understand the path the club travels and where the club face is – for example, if you swing to the left, the ball goes to the right – then it’s just simple physics and you can correct it.”

Greiner suggests using block practice as a habit when looking to change a technique – that is, performing a single skill over and over where repetition is the focus. For example, if you make a grip change, then hit 50 balls and it’s going to start feeling more comfortable.

He also suggests aids such as the TrackMan Golf app that allows golfers to get visual feedback on their swing and avoid practising the wrong techniques. For example, he likes the app because it allows golfers to better analyze their attack angles – whether they are connecting with the ball as the club head is ascending or descending. (To maximize the distance, golfers need to hit the ball on an upswing.)

“Without that information, it would be very difficult to measure. Technology takes a lot of the guesswork out of the equation,” says Greiner.

Carter also recommends golfers practise the way they play. While repetition will help to create muscle memory and enforce good habits, it will only go so far in improving other aspects of the game.

“How many times have you heard people talk about how they can hit their driver great on the range, but can’t on the course?” he asks. “Well, on a range, you’re hitting the same shot 30 to 40 times. But in a game, you’re teeing up your driver, then pulling out your seven iron, then maybe you’re pitching.… I always tell people that after their swing is somewhat consistent, they have to play the game. There’s a difference between hitting the ball and playing the game.”

Todd Halpen, director of instruction at the Golf Canada Calgary Centre, suggests golfers take the added step of asking themselves after each shot: what went right and what went wrong? And: what about that is objective or subjective?
For example, an objective analysis might factor in the club face angle. That can be measured as the launch angle of the ball. Subjective, on the other hand, might be that your grip was too tight. Perception, in that case, might not be reality.

He goes on to say that any change to a golfer’s game is going to feel awkward at first – not unlike being asked to brush your teeth with your opposite hand. But if you work at it over time, those nuances will eventually disappear.

Yet that doesn’t make breaking bad habits any easier.
“Everyone’s going to have nuances to their swing. What I try to figure out is what they’re trying to do with the golf ball as opposed to what their body is doing,” says Halpen, bringing up the example of trying to curve every shot.

“In that case, the golfer needs to choose a swing direction that’s slightly right or left of where the club face is to create the tilted spin of a golf ball. If they’re not already doing that, they need to be encouraged to try to curve the shot, not discouraged. It’s about providing clarity.”

And on the flip side, don’t buy too much into folk tales that take you down the wrong path – like slowing down your backswing.
“Golf is a power game. You might need to swing fast. You’re probably swinging too slow. If someone swings slow on the backswing and fast on the upswing, they don’t have a rhythm,” says Halpen, adding the notion of a slow backswing being a good thing is actually a myth.

Greiner also brings up the advice of keeping your head down or risk topping the ball. In practice, however, a golfer’s head should always come up during a swing. Hindering your head from moving will limit your hands from rotating, which will impact when you shift your weight and minimize any chance of making solid impact with the ball – not to mention, it can also put a lot of stress on your neck.

Let your head move, he says.

“Keeping your head down is so far from the truth, yet it’s very prevalent,” says Greiner. 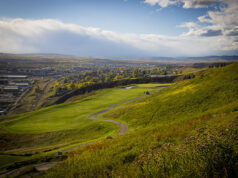 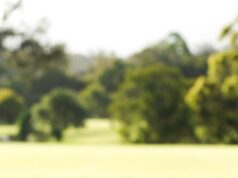