Calgary’s tourism sector is known for many great things – the Stampede, the gateway to the Rocky Mountains and its many outdoor splendours, the Calgary Tower, Spruce Meadows, Studio Bell, TELUS Spark, the Calgary Zoo, Calaway Park and Winsport, to name just a few. Not only do these attractions bring people from all over the world to the city, they’re also intrinsic to the local scene: Calgarians, young and old, frequent them every day.

Perhaps less well known for its contributions to both the local tourism industry and the local economy is the Calgary TELUS Convention Centre (CTCC). For 44 years, the CTCC has served Calgarians and visitors alike in countless conventions, banquets, galas, weddings, meetings and events. Its impact on the city, and the downtown core, is significant.

“Last year, we’re right around 300 events,” says Clark Grue, president and CEO of the CTCC, “which is a drop-off from a couple of years ago; we’ve been much higher. But these events can last a day or many days, depending on the configuration.”

Grue, who has been in the job for a year and a half, reveals that a large chunk of the CTCC’s business hails from the local market – banquets, graduations, weddings, AGMs, and the like. His plan, though, is to grow the CTCC’s convention business with the international market, particularly in Europe, China and Mexico. “It’s a tremendous opportunity for Calgary to bring in a lot more convention visitors to the city and use it as an economic driver.”

This is music to the ears of the CTCC’s neighbours. Throughout the core, and along Stephen Avenue in particular, local businesses benefit from the avalanche of warm bodies the CTCC attracts into the downtown. Hotels, restaurants, galleries, shopping centres and boutiques, driving services – the impact is great in many ways.

“When customers choose to dine with us after or during a conference [at the CTCC] it impacts our business very positively,” says Brittany Rondeau, events manager for the Teatro Group which owns Teatro Ristorante – the iconic fine-dining spot one block east of the CTCC. “We are a very close restaurant within walking distance to CTCC and we are able to provide semi-private and private dining for small and large groups who are attending conferences at the CTCC. We often get bookings from conference-goers at the CTCC who are looking for another venue to host their clients and colleagues.”

This business, Rondeau says, is significant; Teatro stays up to date with the CTCC’s calendar in order to prepare for increased business when the CTCC is busy.

Johann F. Zietsman, president and CEO of Arts Commons, a multi-venue arts centre also located one block from the CTCC, sees the potential impact of convention business on his organization as significant, though he admits Arts Commons hasn’t fully harnessed it.

“We are presently in discussions to determine how we can better ensure that [CTCC] delegates get the information and the opportunity to attend some of [our] events when they are in town,” he explains. “We currently provide the CTCC with our show listings and they add this to their digital displays, which are in several locations around the CTCC. We are also discussing adding more to these digital displays as well as doing window displays in the common areas of the CTCC so as to provide information as well as to animate the space.”

Donna Livingstone, president and CEO of the Glenbow Museum and CTCC’s closest neighbour, echoes these sentiments. “When delegates come to Calgary, they often look for an opportunity to understand the region and the history that surrounds Calgary. The additional activity in the convention district drives traffic to the Glenbow and exposes Calgary’s culture to these special visitors to our city.”

For nearby hotels, the CTCC’s impact is direct and measurable in the form of booked hotel rooms and increased hotel activity. “We have meeting space within our hotel, and delegates will often hold smaller meetings here,” says Joseph Clohessy, general manager of the Calgary Marriott Downtown. “Other spillovers happen for us in our restaurant, One18 Empire, which will host delegates in the evening after a convention at the CTCC has wrapped up for the day. We also have some of our biggest days in Starbucks when the Calgary City Teachers’ Convention is there.”

Another significant impact: the Calgary Marriott Downtown is the exclusive food and beverage supplier for the CTCC, and has been since it opened. “We partner very closely with them,” says Clohessy. “We work in their building, one-on-one, and do basically everything from tabletop up. We work in a seamless way so that people don’t notice who it is that’s doing it; rather it’s all part of the experience at the CTCC.” This relationship accounts for approximately 70 per cent of the Marriott’s food and beverage business.

The CTCC’s proximity to nearby hotels also benefits those hotels with their own convention business. “We utilize the CTCC to provide additional meeting space to allow us (as a city) to bid on larger conventions that require more meeting space than what the downtown hotels could accommodate,” says Amy Johnson, general manager of the Hyatt Regency Calgary, located adjacent to the CTCC.

Being in the downtown core is key. “Having the CTCC downtown allows us to sell Calgary with greater ease to meeting planners because the flow of the meeting space and guest rooms while using the +15 system adds to greater connectivity,” says Johnson.

In addition to the economic benefits, Zietsman highlights the cultural benefits of having a downtown convention centre. “It adds vibrancy to our downtown core and provides an important platform for the exchange of knowledge and information.”

“People want to come here, experience the city in the heart of it, stay in the heart of it and attend their convention in the heart of it,” agrees Clohessy. “Then they want to attend the restaurants on Stephen Avenue, go shopping in the core and be able to do that all within the same wheelhouse. This is very much what Vancouver has done where people can hit a number of different things all from that core hub.”

The economic downturn and resultant drop in convention business has affected all the surrounding businesses, as well as those located further away. “Overall downtown hotel occupancy has suffered, which has resulted in a lack of compression in business levels which has, in turn, impacted hotels outside the downtown core,” says Johnson. “The lack of citywide business and convention traffic has affected every service sector in the city including restaurants, transportation, airport and hotels.”

The lesson, many argue, is the need for a more diverse economy. “Diversity in the economy is very important for Calgary moving forward,” says Clohessy. “And it’s using this opportunity to see what other aspects or elements can be brought into play in the economy. The good news for Calgary right now is it’s a very competitive market in the convention space and we have a great value proposition versus the other markets like Toronto and Vancouver that have become very expensive over the past five years.”

Zietsman sees the CTCC as being an integral part of the future of the city. “We may always be associated with oil and the Stampede, but Calgarians of today and tomorrow are more diverse, innovative and entrepreneurial, and that’s what I believe will drive our public identity. We are experiencing more and more Calgarians describing their own city as ‘creative, vibrant, diverse and cool.’”

“Should our economy bounce back to a place where we are all thriving economically, I see the CTCC being a major player in downtown events and conferences,” adds Rondeau. “With the potential of an entertainment district in our city coming to fruition, I see the CTCC playing a major role in this community.”

With an impact that reaches far beyond its walls, the CTCC’s long-term success is something many in the city rely on. With a plan to grow its international convention market share, while at the same time remain the go-to for the local market, Grue is steering the CTCC in the right direction: towards the future. 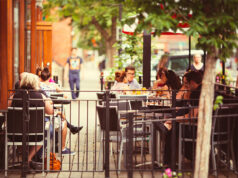 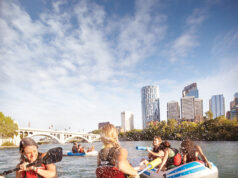 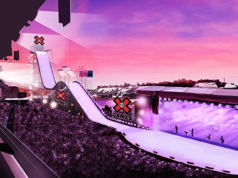