In life, winning is not just a matter of holding good cards. Sometimes, it’s about playing a poor hand well.

Paraphrased from celebrated novelist Jack London, the famous prose speaks true to the ongoing plight of Canada’s energy sector, which has been on the losing side for some time now in light of persistently weak oil prices and a paralysis of pipeline approvals.

Now, forced to play the hand they’ve been dealt, some oil producers are turning to rail to stay in the game as a short-to-medium-term strategy for transporting landlocked crude to more lucrative markets. And experts say it might be the best way to make good of a bad situation.

“Oil by rail is a viable option for increasing capacity to ship our oil to key markets,” says Ben Brunnen, vice-president of oilsands with the Canadian Association of Petroleum Producers. “Pipelines, first and foremost, are still the priority from a market access perspective. They offer volume, stability, reliability and low cost. But while rail doesn’t offer the same capacity as pipelines, it does offer scalability and flexibility.”

And with the Trans Mountain pipeline expansion, if approved, not expected to be operating for at least three years, producers need alternatives now.

Earlier this year, the NDP-led Alberta government announced a $3.7-billion deal to lease 4,400 railcars from Canadian National and Canadian Pacific to transport Canadian crude to American and international markets.

The first shipments of 20,000 barrels per day (bbls/d) are expected to start this summer. The government expects to be moving 120,000 bbls/d at full capacity by mid-2020.

Brunnen doesn’t expect the additional volumes will have a substantial impact on other commodities currently being shipped. He estimates oil currently accounts for around five per cent of total rail volume.

James Cairns, vice-president of petroleum and chemicals with CN Rail, notes crude-by-rail infrastructure has built up significantly since the first undiluted heavy barrels began earlier this decade – going from a smaller-scale manifest model to unit trains.

He believes crude by rail’s primary benefit is it allows producers to get to markets not otherwise accessible by traditional modes of transport – for example to refineries in the Gulf Coast where demand for heavy crude is growing and pipeline capacity is still lacking.

“Crude by rail offers many advantages for the western Canadian producer. Timeliness to market is one of those factors. However, diversity is another,” says Cairns.

“However, even potentially more importantly, rail provides a solution to diversify the market away from the U.S. internationally through export facilities in Eastern Canada. Canadian crude does not need to be dependent on one purchaser.”

Cenovus Energy is already forging ahead with its rail plans following last year’s announcement that it has signed three-year agreements with CN and CP to transport approximately 100,000 bbls/d of heavy crude oil from Alberta to the Gulf Coast.

“While pipelines continue to be the most effective means of transporting our oil to customers, rail provides optionality for us in times of pipeline congestion, and plays a useful role in getting our oil to markets where we can fetch prices significantly higher than WCS,” says Cenovus senior media adviser Sonja Franklin.

The agreements took effect in the fourth quarter of 2018 with CN transporting from Cenovus’ Bruderheim Energy Terminal. They will continue in the second quarter of 2019 with CP through USD Partners’ terminal in Hardisty, Alta.

“With the price uplifts we get on the U.S. Gulf Coast, we see an economic case for rail today,” says Franklin, adding Cenovus expects the differential between Western Canadian Select and West Texas Intermediate to balance out more in line with rail economics, in the mid to high teens per barrel.

Oilsands producer MEG Energy, meanwhile, is also buying in on crude-by-oil shipments. Having already doubled its rail volumes in the fourth quarter of 2018 to 14,700 bbls/d, the Calgary-based company is planning to increase that again to 30,000 bbls/d by the third quarter of 2019.

“The use of rail enables MEG to maximize the price received on its barrels until additional egress capacity from Western Canada is secured,” MEG announced recently in a report to investors.

Much of that decline came after Imperial Oil cut virtually all its rail shipments from nearly 170,000 bbls/d. Imperial CEO Rich Kruger says rail is no longer economical for the company due to discounts on Canadian heavy oil. In late March, however, the Canadian crude producer resumed shipping an undisclosed amount of oil by rail from its Edmonton terminal, citing a marginal improvement in rail economics.

Brunnen cites different corporate structures and strategies for the reason behind divergent approaches to moving oil by rail.

“In Imperial’s case, its system is flexible enough to migrate rail capacities to other areas,” he says. “Cenovus, on the other hand, has a strong upstream production component without as much integration into other transportation options.”

Cairns believes access and diversity are not the only benefits to moving oil by rail. He notes western Canadian producers using rail can also reduce their costs by removing the diluent through the construction of diluent recovery units (DRUs).

Crude needs to be diluted with an expensive product, usually condensate, to move via pipelines, which provides no value to the refinery nor the producer. By removing the diluent, it’s estimated a producer can move 30 per cent more bitumen in a railcar than a diluted bitumen product.

“With forecast of crude production outpacing pipeline capacity for the foreseeable future, where rail is expected to be a part of the supply chain, it is feasible and prudent to move western Canadian crudes to market safely and at lower cost. DRUs’ capital cost is economical in today’s environment, getting a return on investment, we believe, in two to three years.”

CN is also in the process of piloting a new way to ship oil in a puck form that would mitigate environmental risks in the event of a derailment. Dubbed CanaPux, the patented innovation of CN involves blending bitumen with recycled plastics to form a solid, which is then encapsulated in a thin layer of plastic to enable transportation in a solid dry bulk supply chain. It’s similar to how coal is moved.

At or near the point of resource extraction, the crude oil is blended with the recycled plastic and formed into pucks. The CanaPux pellets can then be shipped in dump trucks, gondola railcars and freighters.

At the refinery, waste heat is used to melt the pucks, which allows the plastic to be separated from the crude oil. The plastic can be recycled to make more CanaPux or for use in industrial-recycled polymer markets such as road paving or waterproofing membranes.

“The CanaPux concept ends oil spills as we know them,” says Cairns. “If there is a spill on land, the CanaPux pellets simply need to be picked up. For a spill in water, a boom is set up and the pellets retrieved. The CanaPux pellets do not leak and they float, even if chopped into pieces.”

Since there is no diluent used, the CanaPux pellets are also not volatile, do not explode and only burn if they reach 148 C for a sustained time. 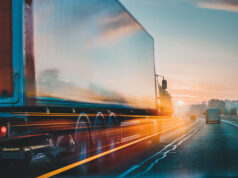 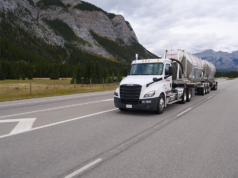 Toilet Paper Was a Teachable Moment