In business and in the community, the Calgary spirit is legendary. Despite occasional exceptions and speed bumps, the positives heavily outweigh negatives, continually driving prosperity.

For current Calgary, bouncing back with recovery momentum, one of the most exciting (and biggest) positives is the ambitious planning of the Rivers District – Calgary’s long-term vision for a massive culture and entertainment area that will be home to 8,000 new residents and four million square feet of mixed-use development space.

The early master plan is flexible with a variety of entertainment and cultural amenities in the heart of Calgary. It includes the Stampede Trail retail destination and a hat trick of high-profile, major projects like a new event centre (arena) to replace the aging Saddledome, a major expansion of the BMO Centre at Stampede Park, and a large expansion of Arts Commons.

In addition to transforming “downtown Calgary,” the Rivers District will be a massive, complex and long-term construction project.

A comprehensive 2018 EY study predicted the Rivers District project – from the construction of the new Flames arena and event centre to hotels, condos and retail – could generate capital output in excess of $1.7 billion with the yearly operation of the buildings generating an additional $300 million in annual economic activity.

The report did suggest 4,750 full-time jobs would be created during the construction phase, and another 1,536 permanent jobs once the new facilities were open.

“The Rivers District is definitely good news for our city and Calgary construction,” says Bill Black, president and COO of the Calgary Construction Association (CCA). “It will likely take two to three years to have direct impact on Calgary construction, but it is definitely positive news and activity creates much future opportunity. And it is a big improvement on the way we have been trending in the past few years.

“It’s an undisputed fact that the construction industry thrives in a city that is growing and developing – and this massive project certainly puts light at the end of the tunnel.

“The last couple of years have been discouraging for construction. We lagged the downturn longer than most and it only started to hit home the second half of 2017 and took hold most of last year.

“Our industry is always a reliable and good barometer of the economy. And we have one objective: to maintain a strong industry. We’re not expecting 2019 to be much different but with the Rivers District, at least the industry can begin to strategize,” Black notes with optimism.

Mary Moran, president and CEO of Calgary Economic Development (CED), underscores the economic and community value of the massive Rivers District plan. “It’s vital for the community that the culture and entertainment district is integrated into the downtown, building on our natural and physical assets. And the development of the area is one of the key pillars of our long-term economic prosperity for the city.”

She enthusiastically connects the Rivers District boost with the recent Economist Intelligence Unit (EIU) – the world leader in global business intelligence – which ranked Calgary the fourth most livable city in the world, tops in North America.

“After all, place isn’t just the environment we live in. It includes our overall quality of life, adds to the ability for Calgarians to live, work and play in a vibrant downtown and it boosts the character of our city. It also creates conditions that enhance livability and how well we attract new talent and businesses.

“And like the redevelopment of our fabulous East Village, the Rivers District will have tremendous impact on our economy,” Moran emphasizes. “By comparison, the East Village project has been a significant impact with nearly $400 million in infrastructure investment that has attracted approximately $3 billion of planned, private investment.”

Michael Brown is president and CEO of the Calgary Municipal Land Corporation (CMLC) and a driven Calgarian. He enthusiastically states, “The Rivers District is a great opportunity to revitalize a Calgary area that is already anchored by some of our city’s most iconic amenities and also amplify it to become a year-round gathering space for all Calgarians.

“Consultation and engagement have played a major role in the delivery of the master plan to date. We have invested a lot of time in the planning and placemaking considerations for the space. It’s critical that we ensure that it will resonate with the people who will ultimately visit and/or live in the Rivers District.

“Another factor is programming and the importance of building a space that blends great urban design with the programming opportunities that will be activated,” he notes. “Those two needs are intricately linked for it to be successful.”

Brown is upbeat about the constant comparisons between the Rivers District and CMLC’s tremendous development of the East Village. “Our approach is to apply the same level of urban planning and placemaking as we did in East Village.

“But building on the major uses like the Calgary Stampede, BMO Convention Centre and the Saddledome add additional layers to the story and the potential for the community.”

His gung-ho battle cry proudly emphasizes that East Village is proof: if the right environment for investment is created, businesses and projects will follow.

Despite the exciting planning, the Rivers District is not immune to the cautions, concerns and high-priced business basics that (grand plans or not) “it takes money to make money.”

“Leveraging public infrastructure investments to attract private sector capital is a key element of economic development,” Moran points out. “The plans for the Rivers District have a combination of public and private investment. When Calgary city council set aside funds for three major projects within the Rivers District – Arts Commons expansion, BMO Centre expansion and a new events centre – it was based on leveraging other funds. The investment will spur new hotels, condos, retail shops and other businesses.”

She mentions that this March the federal and provincial governments and the city contributed $166 million to just the BMO Centre expansion.

Although planning for location, layout, site development, revenues, construction activity, infrastructure and other aspects of the Rivers District master plan are vital, so is consideration regarding the evolution of the ever-changing community.

“Calgary is one of Canada’s fastest-growing and youngest metropolitan areas,” Moran says. “As the city grows and evolves, we need to think about the type of community that will have the amenities to support empty nesters, existing and new families, and the millennial generation as they settle down and attract the next wave of urban residents. The overarching goal of this area is to make Calgary a more attractive place to live, work and play.

“It should result in the city attracting new employers, young professionals and top talent as well as innovative organizations already here to grow and expand locally.”

“The master plan for Rivers District spans across 20 years,” Brown adds. “So, it isn’t intended to be so prescriptive that it can’t accommodate the changes in how Calgary and its residents will grow through that period. The success of the plan is in its ability to respond to the needs of residents and visitors and still provide a solid foundation for the community’s growth.” 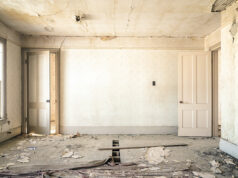