Once an underdog in the world of architectural creativity, Calgary is emerging as a front-runner in North America with several celebrated high-profile projects that are bucking the city’s conventional norm, say industry experts.

Yet the real impact of this artistic upheaval is still yet to come, as these insiders point to several recent and upcoming projects that will continue to put Calgary on the global map.

“Times have changed here in the city,” says Ryan Bessant, president of Calgary-based Heavy Industries, which is behind projects such as the Emergent exhibit at the Edison building, the Delta Gardens in West Eau Claire and the Wonderland sculpture at The Bow.

“The market is demanding more uniqueness to differentiate why someone would want to live or work there than somewhere else. It’s more than just a community or building with a cool name and logo. Calgarians want a better story. They want more purpose and intention behind the design of something.”

Projects such as the Central Library and National Music Centre have caught the world’s attention, with the former recently being celebrated as an “architectural masterpiece” by Time magazine in the publication’s 2019 list of Greatest Places.

The reverberation of that creativity is now being felt citywide. Heavy Industries – which specializes in fabrication, installation and art project management – is collaborating with builders such as Mattamy Homes in the southwest community of Yorkville and Qualico Communities in Harmony on placemaking features that aim to create something for the community to rally around.

“What we’re doing is one per cent, or far less, of a full project budget, but the impact we can make in what we do and how we do it is much greater,” says Bessant. “We can make up 99 per cent of the first and last impressions.

“It’s really driven by: what kind of unique experience can we add through something that’s built into a community or development?”

In the beltline district, meanwhile, the Underwood Tower on First Street SW is ground floor to a new food movement in the city that is blending an old-world theme with a fresh architectural design.

Home to the upcoming First Street Market, the main floor of the 30-storey condominium building will feature an 8,000-square-foot European-inspired food hall that features 10 chef-inspired stations and opens up to a 50-seat patio backing onto Haultain Park.

Designed by McKinley Burkart with construction overseen by Ryan Murphy Construction, the market will be the first concept of its kind in Calgary when it opens early next year.

“First Street Market is an example of building owners getting creative to attract tenants and foot traffic in areas of the city that have visibly been impacted by the economic slowdown,” says Lara Murphy, director of business development and strategy at Ryan Murphy Construction.

Murphy points to the added uniqueness of the Underwood Tower where it preserves and incorporates the original Underwood building, a red-brick structure built in 1905.

“When you face the market, to the right, there’s the facade of this heritage 1900-era portion of the building that had been there,” says Murphy. “It adds a unique character to the face of something new.”

In the southeast community of Seton, Wellspring Calgary recently lifted the veil on the new 12,000-square-foot three-floor Randy O’Dell House, one of the first WELL-certified buildings in the province.

The not-for-profit cancer support organization offers resources, support and programs for people (and their families) living with cancer after their diagnosis. When organizers began planning for a new location in Calgary, they wanted to make sure they were building a safe space for their members.

“Some of the things that came up again and again in our consultations were our members’ concerns about the materials going into the house – specifically, the materials that go into buildings and furniture, and how it impacts our health,” says Niki Fehr, centre manager of Wellspring Calgary Randy O’Dell House. “So, we looked at building the Randy O’Dell House to WELL Building Standard. This is where the excitement about the building itself comes.”

WELL is similar to LEED, but is a separate certification around the health and well-being of the people in the building. All construction materials have to go through background checks to ensure they don’t contain any carcinogens or harmful materials.

The certification also includes other requirements such as how much light comes into the building, access to nature, water quality and the food offered. The staircase to the second floor even had to be positioned in the middle of the building to promote fitness.

“One of the big stressors that people face after being diagnosed is fear of reoccurrence. People become hyper aware of their environment,” says Fehr. “By building the building to WELL certification, we are taking an extra step to fulfilling our mission and creating a safe space, both physically and psychologically.”

After first breaking ground in June 2018, the building opened to the public this past October. It was designed by S2 Architecture, with construction overseen by Centron.

From care to collaboration, Canada’s first co-warehousing facility for tradespeople also opened this year when TradeSpace launched in the city’s southeast.

“It was born out of necessity. With the real competitive landscape right now, a lot of the mid-sized and smaller contractors and subcontractors are trying to find ways to manage overhead to remain competitive,” says MINT Projects president Jordan Tetreau, who helped design the space and is also co-founder of TradeSpace.

Current tenants range from an electrical contractor and land surveyor to a custom homebuilder, a meat delivery service company that was featured on Dragons’ Den and a company that modifies Mercedes-Benz Sprinter vans into campers.

“We live in a really entrepreneurial city right now,” says Tetreau. “There are a lot of subcontractors who want to go out on their own and forge their own path and build out their own businesses their way.

“We originally thought it would be just for tradespeople, but obviously a lot of folks don’t fit the traditional coworking model that’s just traditionally an office.”

Tetreau adds projects such as TradeSpace and First Street Market are only helped by the exposure other larger construction initiatives have recently brought to Calgary.

“There’s a talented group of people here with a lot of pride in their city,” he says.

“Some of the more traditional larger-scale construction here in Calgary might be considered typical, but then around the corner you’ll see something like the Central Library and National Music Centre that really break the mould.

“Calgary should be pretty proud of those achievements, and I’m sure there are more to come.” 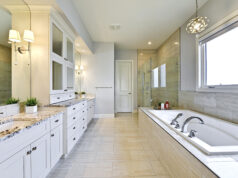 Positivity in the face of a pandemic 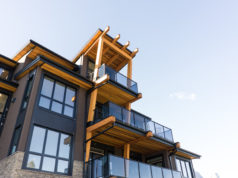 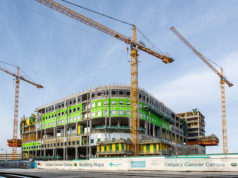 Commercial Construction in the New Normal