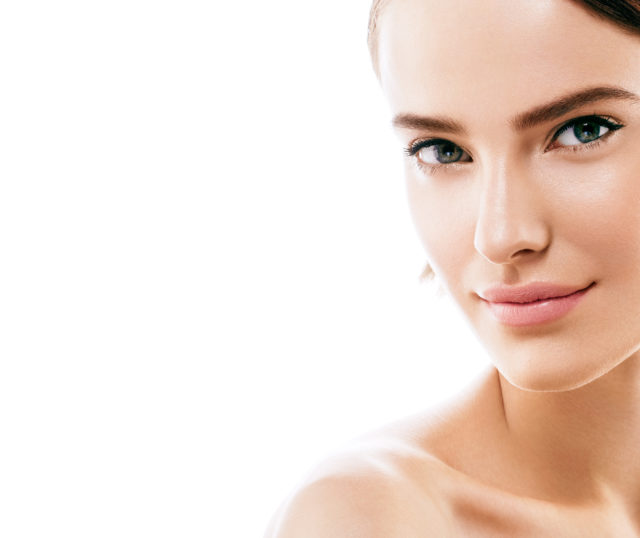 Store shelves are lined with sunscreens. Sun-protection literature is ubiquitous. Yet melanoma rates continue to rise in Canada. Evidently, there’s a huge disconnect between knowledge and sun-protection practices compounded by misconceptions, invincible attitudes and a desire for the sun-kissed look.

According to the Canadian Dermatology Association (CDA), there has been a significant increase in the percentage of Canadians who believe that sun exposure without sunscreen is needed to meet vitamin D requirements. This is a fallacy – especially given that 80 to 90 per cent of skin cancers are caused by exposure to ultraviolet (UV) radiation from the sun, tanning beds or sunlamps.

Early sun exposure is a major risk factor, underlining the importance of sun protection during childhood. “Effects from the sun are cumulative and delayed often by one or two decades,” says Dr. Todd Remington, a certified dermatologist at Calgary’s Remington Laser Dermatology Centre. His father Dr. Kent Remington opened this first private laser clinic in Canada in 1979.

Genetic predisposition is also a major risk factor. The two skin types at the highest risk of skin cancer are fair-skinned people (especially with reddish hair, prone to freckling and of Irish or Scottish ancestry) and Caucasians.

The best beauty secret is sunscreen, says Remington. Aging of the skin, wrinkling, sunspots and freckling are all caused by sun exposure so the best anti-aging agents are sunscreen and sun-protective measures.

If you’re travelling to warmer climes for the winter, he urges the use of sunscreen with SPF 60 for prolonged outdoor activity. Reapply sunscreen every two hours and reapply if you’re sweating and after swimming.

“I’m terrified of the sun,” admits Erin Rollheiser, 31, of Cochrane, after being diagnosed with stage 3 malignant melanoma six years ago. Suspecting that being fair skinned and many childhood sunburns were a cause, she is vigilant about lathering sunscreen and dressing herself and her two young boys in long-sleeved rash guard shirts when they play in the sun. Add a wide-brimmed hat, and sun-protective clothing is more effective than sunscreen, says the CDA.

Avoid tanning beds. Many people think that visiting a tanning bed to get a “base tan” before jetting to a tropical spot will prevent a sunburn. “A suntan from a tanning bed is equivalent to SPF 4. It’s only giving you a false sense of security and exposing you to significant ultraviolet radiation,” says Remington.

Since UVA rays are constant throughout the year, SPF 60 is recommended for outdoor winter activities, like skiing where there’s a reflection off the snow and a high altitude that exposes you to more rays.

There are many types of skin cancer but the three main ones are melanoma and the non-melanomas basal cell carcinoma and squamous cell carcinoma.

Basal cell carcinoma (BCC) is the most common skin cancer but the least dangerous and most curable. It can appear as a translucent bump; a scaly, reddish patch; or a white, waxy scar-like lesion on the face, neck, ears and scalp. If a biopsy confirms BCC, it is typically treated in a dermatologist’s office by surgical excision, or Mohs surgery, in which the cancerous skin is removed layer-by-layer with local anesthetic, and analyzed in clinic, until no abnormal cells remain. When detected early, it has the highest cure rate of more than 99 per cent.

Treatments are based on size, location and depth of the tumour and also include prescription topical creams; a new treatment called photodynamic therapy combining photosensitizing drugs and light; electrodessication and curettage which involves removing the surface of the skin cancer with a scraping instrument (curette) and then searing the base of the cancer with an electrocautery needle; and laser.

“SCC is slightly more likely to spread to distant sites, and therefore has a higher mortality than BCC,” says Calgary’s Dr. Susan Poelman, a certified dermatologist with the CDA.

Important to watch for is actinic keratosis (AK), a precancerous skin condition on sun-exposed areas such as the face, ears, neck, lips, arms and hands. It appears as rough, scaly or flaky patches of skin that are treated with liquid nitrogen, photodynamic therapy or prescription topical creams. If left untreated, AK has about an eight per cent chance of turning into SCC.

Melanoma
Melanoma is the most serious type of skin cancer. According to the Canadian Cancer Society, melanoma is the fourth most commonly diagnosed cancer at seven per cent, after breast (23 per cent), thyroid (13 per cent) and colorectal (eight per cent) in Canadians aged 30 to 49. In 2019, an estimated 4,300 men will be diagnosed with melanoma and 840 will die from it; 3,500 women will be diagnosed and 280 will die from it.

Half of melanomas arise from a changing, pre-existing mole (nevus), and the other half are new, appearing on normal skin. Early detection is key to successful treatment so it’s crucial to watch for unusual-looking growths with such characteristics as ABCDE:

A is for asymmetrical shape.
B is for irregular (notched or scalloped) borders.
C is for changes in colour or uneven distribution of colour.
D is for diameter: new growth in a mole; six millimetres or greater is considered high risk.
E is for evolution: changes in a mole’s size, shape, colour, elevation or new symptoms such as bleeding, itching or crusting.

TREATMENT
A biopsy provides the most accurate diagnosis. If you receive a melanoma diagnosis, the type of treatment depends on how deep it is. The melanoma can grow laterally without issue, but when it grows vertically, entering the bloodstream and the lymphatic system, it can cause serious complications and is one of the most lethal cancers.

If it’s a shallow melanoma, less than one millimetre deep, it can be removed by excision or Mohs surgery with an excellent cure rate. If it’s deeper than one millimetre, patients will be sent to the specialty melanoma clinic at the Tom Baker Cancer Centre. For advanced melanoma, major breakthroughs have occurred in the past decade with a class of medications called biologic therapies that target specific components of the immune system to help fight off the melanoma.

Rollheiser initially thought the irritation on the back of her right upper thigh was an ingrown hair until she popped it and the puss-filled sore never healed. She advocated to see a dermatologist, her first visit at age 25. In two separate surgeries, oncologists at Tom Baker removed the five-millimetre-deep melanoma and a lymph node and then the remaining lymph nodes from her leg.

It’s never too early to see a dermatologist, especially if there are risk factors, says Poelman. Visit a dermatologist once a year, and if you notice any suspicious skin changes between visits, see your dermatologist immediately. 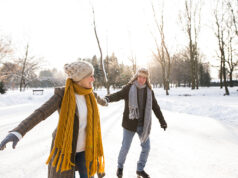 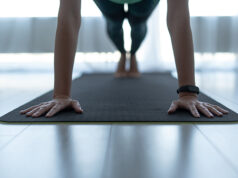 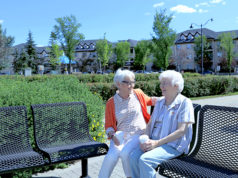