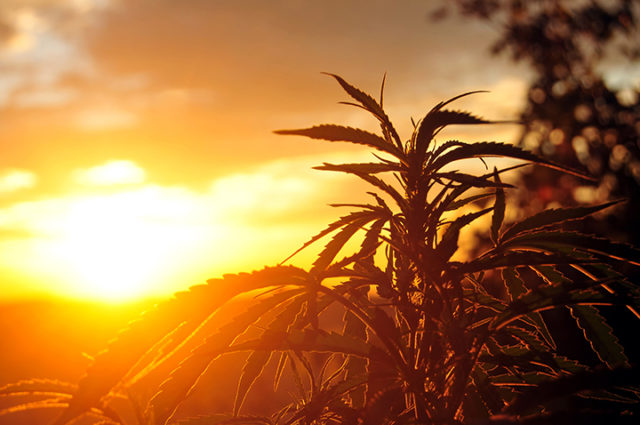 Cannabis is a double-barrelled, high-impact fact of Canadian life. Of course there is transformative social impact. But, maybe not quite as high profile and consumer interesting, is the tremendous business impact.

Despite the headlines about primarily retail and recreational cannabis, the business of cannabis is proving to be exciting. New research is showing potentially hundreds of uses of cannabis and hemp beyond pharmacology, natural medicine and recreational drug use. And many complementary industries – like the agricultural, industrial, technology and services sectors – are vital to the growing cannabis industry.

Cannabis is already big business and getting bigger with a wide range of guesstimates about the actual size of the market: from annual sales between $10 billion (CIBC World Markets) and $22.6 billion (Deloitte) and staggering international market projection of $200 billion.

On an aggregate basis, recreational cannabis sales have totalled CA$688.58 million ($519.27 million) since Oct. 17, 2018. Given the steady incline in sales, Canada’s first trailing year of full legalization will likely land between CA$950 million and CA$1 billion.

The business of cannabis is a particularly exciting Alberta and Calgary story. According to StatCan, Alberta is the top cannabis marketplace in Canada, with $126 million in sales.

“Leading the nation in total number of licensed locations (more than the rest of Canada combined) is a significant factor in this success,” says AGLC spokesperson Heather Holmen.

“It is because Alberta implemented a private retail model that closely mirrors our retail model for liquor as well. AGLC worked hard in advance of legalization to secure supply contracts, set up a wholesale delivery system, an online retail platform and a licensing framework that delivered on licensing hundreds of retail locations in a short period of time.”

Andrew Stordeur, president of Sundial Growers, one of Canada’s largest licensed cannabis producers, acknowledges, “The Canadian cannabis businesses is dynamic but also complex with growing pains. One of the biggest challenges, for cannabis and many startups, is rapid pace of growth. The larger the organization grows, the harder it is to ensure each function of the business is working together effectively. Having the right employees, dedicated leadership, procedures, systems and management standards are essential for success.”

It’s not such a business revelation for George Jurčić, president at CannaBuild Partners, the Calgary-based specialists providing innovative turnkey construction solutions for the cannabis industry. “Historically, Albertans typically consume more cannabis than the national average, but the growth in sales are largely driven by the province’s free-market regime of private stores. Alberta has taken a fairly liberal approach to the retail roll-out which has enhanced the growth of the market, especially in comparison to the more conservative approach that other provinces are taking.”

Holmen details that, currently, Alberta has 292 licensed retailers, with 65 licensed retail locations in Calgary, and 115 Calgary applications are pending. “This figure (115) may not translate to the number of anticipated stores Calgary may yet see,” she adds, “as applicants must meet municipal business licence requirements as well.”

In many ways, it is solidly documented that cannabis is a viable business opportunity and investors are strategizing to invest millions of dollars in “the other” green rush.

“There are so many different facets to the cannabis industry and it is creating a lot of opportunity for both small and large businesses,” says Darren Bondar, president and CEO of Spiritleaf, the successful retail source of recreational cannabis, with franchise locations across the country. “There have been billions of dollars in capital invested, thousands of jobs created, commercial real estate developed, factories and warehouse space converted, and ancillary businesses created.”

For Stordeur, the business of cannabis is not only an achievement but a source of pride. “Alberta has a world-leading agricultural history, and the innovative entrepreneurial spirit of Albertans is a recipe for future growth,” he beams. “Much like how the craft beer movement began to thrive in this province with the government’s support, we need to find the areas that cannabis can attract world-class businesses, employment and innovation.”

Differentiating the business of cannabis from other bullish startups, Jurčić states, “Setting up a cannabis business can be complicated. The main challenges are laws, compliance, scalability and growth. The ability to remain nimble and having the awareness of the changing market conditions is key to success.

“CannaBuild Partners has a unique approach, in that we have assembled some of the most experienced, brightest talents within the cannabis industry to offer our clients a full suite of cannabis building solutions – from design to operations.”

Brad Mahon, dean of the faculty of continuing education at Mount Royal University, enthusiastically notes, “The success of the cannabis retail market in Alberta is not a surprise. The cannabis industry as a whole has been embraced by the province and the industry as an important part of the new Alberta economy.” Mount Royal University offers three cannabis education courses with focuses on plant production and facility management, marketing a cannabis enterprise, and government relations and finance. “Attracting a mix of curious tire-kickers, recreational users and budding entrepreneurs, it’s comparable to the end of prohibition.”

Jurčić is positive but realistic about the momentum and the business potential. “The thought of cannabis as a viable business sector is still in its infancy. Despite many options for established industries to participate in the cannabis industry, there have not been large transactions or market entry similar to those made by alcohol or tobacco companies.”

The business of cannabis is already experiencing some speed bumps. Supply and demand problems, with retailers sometimes struggling with shortages. The blunt facts of business life caution that the surge of well-funded growing operations skews toward big businesses with deep pockets. And some insiders also suggest that booming sales could trigger drops in retail prices, worsening the odds of running a profitable smaller cannabis operation.

Although there are invariably challenges to any startup business, particularly for licensed producers and retailers, Bondar says, “When you factor in three different levels of government oversight and regulation, it definitely creates additional delays, requiring more business persistence, additional capital and patience to overcome.”

“Looking at the business opportunity on a global level and Canada being the first G7 nation to federally legalize cannabis, we have a window of opportunity to be a global player,” he says with enthusiasm.

No doubt about it. The business of cannabis is booming. Stordeur roars with positivity about an informal Sundial mantra that “Alberta is not only oil and gas, it is oil and grass.” 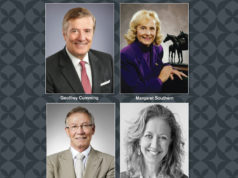 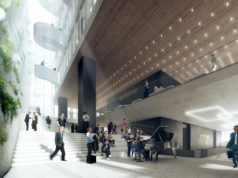