Over the years, Alberta’s economy has shifted from boom to bust and back again. To be successful, businesses have had to adapt to challenges and ride out the tough times. Since its inception in 2006, Synergy Land Services hasn’t enjoyed a booming economic cycle but despite that, it has continued to grow with the times and stay ahead of the curve.

“We’ve never been in optimal years but what that does is sharpen your business acumen,” says Bill Giese, Synergy’s founder and president/CEO.

That’s saying something considering the pedigree of Giese and his vast experience in the industry. Giese has worked in energy for over 30 years, first in utilities and then as a land man in oil and gas. After leaving another land brokerage firm, Giese found himself at a crossroads. His former clients urged him to start his own company so they could continue working with him, prompting Giese to hang up a shingle and venture out on his own.

Giese and his wife chose to call the company Synergy to reflect their core beliefs and fundamental conviction of working together toward the greater good. They identified a vision that they still believe in today.

“Whether a project entails bringing heat to homes, power to agriculture, or individuals to family via roadways, Synergy strives to ensure it reaches a positive, mutually agreeable outcome,” he says. “Through professionalism, continuous training and genuine care for the communities where we work, we aim to achieve true synergy with the public and industry.”

In the early days, he operated Synergy out of the basement of his house with his wife taking on bookkeeping duties. The first hire was an experienced industry colleague who provided land administration support while Giese worked in the field and pounded the pavement seeking business opportunities.

Giese rode out the downturn in 2007 and 2008 by earning respect and trust in the industry and slowly building up a client base. The company came out the other end stronger. As the economy improved and projects got bigger and more frequent, Synergy grew as well.

The industry is close-knit, and brokers, clients and resource companies all talk. When clients were looking for an excellent broker, word on the street was to try Synergy, a group of fresh thinkers providing services clients were used to: great value, communication and experience.

One of the company’s original clients allowed Giese to put his utilities experience to good use assisting them in growing the province’s underdeveloped power infrastructure.

“They were the ones who really got Synergy started in the industry. They were and continue to be a fantastic client,” he says.

The relationship was, aptly enough, synergistic. Giese’s specialty in utilities and power gave their client, one of Alberta’s largest power transmission companies, the confidence that work would be done right, and that confidence led to Synergy landing more of their projects as well as from others. Subsequent large pipeline and midstream projects led Synergy through exponential growth.

Synergy’s expansion across the country was organic, establishing a presence where the industry needed it. To facilitate further growth, a key addition was a former co-worker, Keith Turner. Turner, current executive vice-president, came aboard as a business partner, joining Giese at the helm of the growing land broker.

“He brought organizational and project management skills and that allowed me to focus on more business development. In any successful business you need a team and the addition of Keith brought management stability that was needed to keep the ‘home fires burning’,” Giese says.

Giese believes in the value of adding team members with different proficiencies than his own to offer a full complement of skills. Not long after Turner joined, Synergy started to fill some important positions, hiring fantastic people who have become the company’s current senior management staff.

“They learned what Synergy was all about and that happened to parallel what was in their hearts; passion for what we do, deep trust, taking chances and ensuring our clients are number one,” he says.

“We want to be the go-to land company for all aspects related to land and we’re not afraid to grow the business as far as industry wants us to take it,” Giese says.

This fearlessness has paid off. Since the early days, Synergy grew to a peak of more than 80 staff working out of seven locations across Canada; its head office is in Calgary with branch offices in Fort Macleod, St. Albert, Regina, Brandon, Fort St. John and Cambridge. It has also diversified its land services. Synergy has trained professionals ready to lead projects in everything from transportation to communications, upstream to minerals, asset management to renewable resources.

“We’re not just doing power transmission lines or exploration work. We’ve diversified into other areas and we are trying to grow all sides of our business right now,” Turner says.

Synergy has thrived in tough economic times by cultivating strong relationships with clients as well as staff. Whether Synergy professionals are helping clients select a route for a new project, negotiating agreements, making applications for regulatory and third-party consent, or meeting with landowners when a project is completed, clients are in good hands. Synergy is there for them at every stage, acting as an invaluable resource and applying a wealth of knowledge and experience to keep projects running smoothly.

Clients remember the service, hard work and quality products received from Synergy. Much of the company’s work is with longtime clients who continue to rely on Synergy’s expertise and capabilities. In an industry notorious for professionals moving from company to company, Synergy has been rewarded with continued work from many of these professionals in their new positions with new companies. In this way, Synergy has expanded its client base along with its business scope.

“One of the things we do well is to take the time to listen to what our clients want and expect as well as to ensure that we have the knowledge and experience to meet those expectations,” Turner says.

Synergy has experience and knowledge in spades and is taking advantage of the economic downturn to further build its business from the inside, adding specialized talent to augment an already outstanding team. This opens the door for future expansion into other areas including the renewables market and the environmental side of the business. Accomplishing this requires attracting people with the right skills and experience, and Giese and Turner want to retain them long term. They work hard to ensure that their work family is happy.

“I know every organization relies on its people and we’re no different. Our culture is to do everything we can for our employees and more, and boy do they give back in return,” Giese says.

The staff shares in management’s passion, often putting in long hours to get the job done well. Giese and Turner are grateful for this dedication and reward beyond competitive salaries and benefits. The head office houses a large, bright lunch room and amenities such as televisions, ping-pong and pool tables. When designing its current space, the company added a gym and showers as a healthy perk for staff.

“When things do start to recover, we are beyond ready,” Giese says.

Whatever the next economic phase brings, Synergy will meet it head on with grit, determination and excitement. The opportunities are endless, from partnerships for international projects to rebuilding Alberta’s economy, and Synergy is ready for anything.

“I think the future is bright for Synergy,” Turner says. And if the full-service land broker’s past decade is any indication, he just may be right. 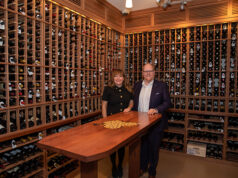 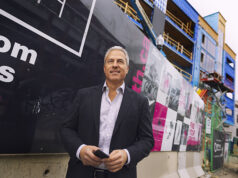