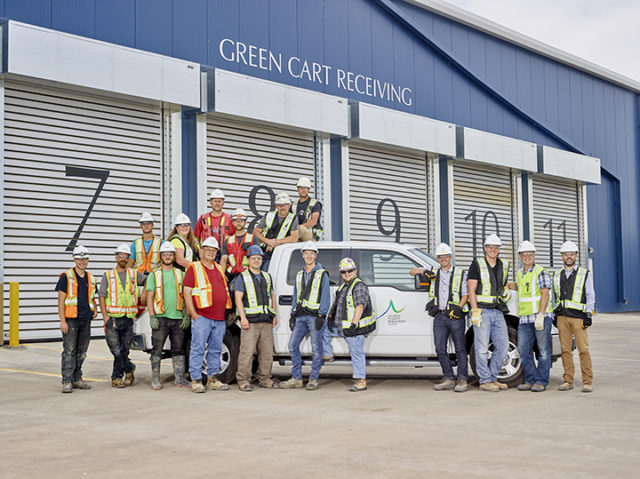 Maple Reinders is a full-service builder with offices across Canada and a portfolio of over 2,600 completed projects from coast to coast. Now, in its 50th year of operations, the company that specializes in building, civil and environmental construction, has grown to be one of the most respected firms of its kind in Canada.

“The company was founded in 1967 by Fred J. Reinders, who still serves as the company’s chairman and CEO,” says Jeremy Olthius, the company’s national vice president of buildings. “Mr. Reinders was exposed to engineering from an early age, as his father played a prominent role as a marine engineer in the Netherlands. He graduated as a civil engineer and came to Canada, first cutting his teeth with various marine projects, including along the St. Lawrence Seaway. Over time, Mr. Reinders came to notice what he perceived to be a lack of synergy between the disciplines of engineering and construction, and so he founded the company as a way to marry those two concepts. His vision from the start was to apply sound engineering principles to the design and construction of all the projects the company undertook.”

Reinders was an immigrant from Holland and was proud to become Canadian. He launched his company during Canada’s centennial year. The unique name was developed to denote the Canadian roots of the company, with the maple leaf itself being an important part of the company logo and Reinders, naturally, being the family name. The colours behind the logo are also important: blue to symbolize Mr. Reinders’ roots in marine engineering and construction, and orange to honour the Dutch roots of his home country.

It didn’t take long for the Maple Reinders name to become synonymous in the industry with quality, dependability, outstanding customer service, and a company that could take a project from start to finish in an efficient, safe and ecologically responsible manner. Diverse industries, from transportation and manufacturing, and to commercial and academic, sought the company’s expertise. Maple Reinders also quickly became a leader in the areas of environmental projects and water/wastewater management.

Two of Maple Reinders’ latest high-profile projects include the City of Calgary’s composting facility, a 356,860 square foot mastery of engineering that is the largest indoor composting facility in North America. With the ability to process 100,000 wet tonnes per year of source separated organics, leaf and yard material, as well as approximately 40,000 wet tonnes per year of biosolids, this facility will help the city reach its goal of diverting 80 per cent of its waste from landfills by 2020.

Secondly, Maple Reinders’ work on the Sechelt Water Resource Centre in B.C. has been the recipient of numerous industry awards including the CCA Environmental Achievement Award and the Canadian Design Build Institute’s Award of Excellence.

“We created a way to treat wastewater by utilizing the technology of a greenhouse on top of the plant to clean and treat the wastewater while also growing fruitful and lush plants,” Olthius describes of the botanical water resource center, which is as beautiful as it is functional.
Maple Reinders looks inwards, too, to ensure excellence in employee and human resource management, and that kind of reflection has earned the company platinum status in the Best Managed Companies program.

“The Best Managed Companies designation is not an easy one to attain,” Olthius admits. “The Best Managed program recognizes best-in-class Canadian-owned and managed businesses that show strategy, capability and commitment to achieving sustainable growth; and by consistently demonstrating excellence in these fields, Maple Reinders has passed the rigorous evaluation procedures. This year, Maple Reinders was honoured with becoming a platinum member with Best Managed Companies, meaning we have retained our Best Managed designation for seven consecutive years. This serves as a testament to the company’s management skills and practices, but also as a testament to Maple’s employees, who all contribute to making the company as successful as it is.”

That success is earned every day as the company constantly adapts to meet the needs of a changing market.

“The company is growing rapidly, and the economy is ever-changing,” confirms Olthius. “We are adapting and trying to be frontrunners in the markets in which we see opportunity, as well as value. We have restructured to handle our growth, and to have more efficiencies within the company.”

It’s a crucial time for the company’s evolution, Olthius notes. Over the past 50 years of Maple Reinders’ operations, “Projects have become more complex. The contracts have become more complex. This has pushed us to develop more innovative systems to enable us to keep up. Project sizes have grown, and we went from a company of 50 persons to 450. We have developed and perfected the idea of “giving more for less.” This means, based on our half a century of experience and constant innovation, that we can often provide building and design solutions for less than the market, or our competitors.”

Social responsibility is a very big part of Maple Reinders. In fact, the company donates 10 per cent of its profit to charity through its Reinders Family Foundation, along with supporting initiatives such as: the Hockey 4 SickKids tournament, the Ride to Conquer Cancer, Relay for Life, Run for Wells and many more.

Olthius, who has been with the company for 20 years, says 100 in business is the next milestone. He looks forward to seeing the company through the next generation of leadership and ownership, and to Maple Reinders continuing to be a leader in the industry. “We don’t want to be the biggest. We want to remain the trusted partner that provides exceptional value, and we want to uphold our reputation of being very good at what we do.”

On behalf of Maple Reinders, Olthius is pleased to thank the company’s past and present staff, clients, vendors, supporters and community partners for 50 great years. “I also want to acknowledge our executive team, who are a big part of everything we do. It would have been a very different company today without their leadership.”

Maple Reinders looks forward to continuing to make a measurable impact and difference in the communities it works in by offering complete solutions for the many varied needs of the industries it serves.