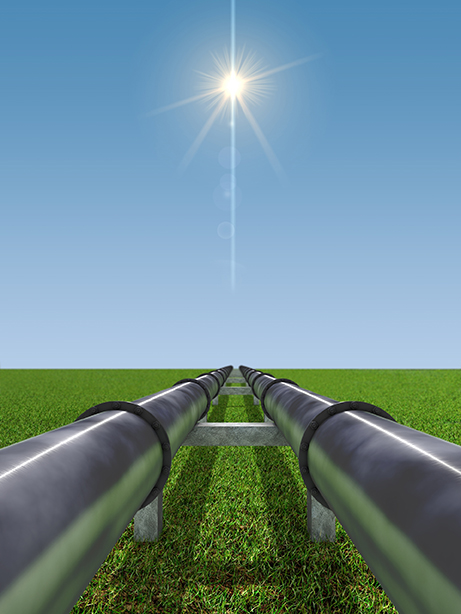 Iggy Domagalski sees a light at the end of the tunnel. He just believes it’ll take some time to get there.

The CEO of Calgary-headquartered Tundra Process Solutions says recent bright spots in Alberta’s oil patch has many like him in the industry’s service sector optimistic for the first time since oil prices plummeted more than three years ago. While the differential between West Texas Intermediate (WTI) and Western Canadian Select (WCS) is still significant and will hamper ongoing development in the province, he also believes decision makers are getting used to the new pricing reality and are willing to start spending again.

“At this pricing, I believe people will start to build more,” says Domagalski, whose company provides industrial controls, equipment and support to industries such as oil and gas, mining, pulp and paper, and power.

“The Trans Mountain Pipeline will get built, Keystone is getting finished up, and then there’s the Enbridge Line 3 replacement project. Those three projects alone will add 1.5 million barrels of capacity to the market on a four-million Canada-wide base.

“It seems like over the past six months that Canada is starting to appreciate the oil and gas industry more so than it once did. There seems to be a positive sentiment.”

Tundra vice-president of marketing Blaine Barnes agrees that some things have changed. For example, the work is different – more maintenance, less project work.

“They’re more interested in things like optimization – how can we get more with what we have,” he says. “They’re looking to Tundra to help provide them with a solution that they can put on top of a well to produce more gas or more oil.

“The pump that’s in the ground has been the same for a long time, but the way we control it, the way we gather that data and what we do with it, that’s what’s increasingly efficiencies. We’re not re-inventing the wheel. We’re just making it spin faster.”

Service companies are also being asked to absorb more risk – something Tundra is happy to accept.

“We’ve got things like increased warranties,” says Barnes. “But we’re also saying, ‘give us more opportunities to work with you and we can help mitigate the risk of things like surplus equipment and help ensure the products you have are the products suited for your operation.’”

“The quality of their margins is not improving,” says Whalen, whose association represents the service, supply, and manufacturing sectors within the upstream petroleum industry.

“It’s marginally better than it was, but we’re not seeing the same improvements as E&P companies.”

“In terms of actually having money to put back into the business, they just don’t have it,” says Whalen. “Companies are still pretty hard pressed to justify adding costs. There are some cases where they are adding equipment, but it’s more a case of ‘we need to have it’ versus ‘nice to have it.’

“For any of our service companies in Canada to be healthy, they have to be able to get something incrementally over cost recovery. Quite frankly, they’re not getting very much, if any.”

Earlier this year, PSAC lowered its forecast for drilling activity in 2018 by 500 wells, or 6 per cent, to 7,400 across Canada. While it acknowledged the oil field sector was marginally busier than it was the year prior, the “disconnect and volatility” of the differential between WTI and WCS pricing and shift from gas to oil well drilling means “our services sector is far from healthy.”

PSAC’s forecast called for 3,800 new wells in Alberta, down from 4,000 in the original forecast. In Saskatchewan, the organization expects 2,840 wells to be drilled compared to 2,930.

“If we had to predict what the rest of the year is going to look like, it’s going to be very flat to last year,” adds Whalen. “When we first did our projections in the fall of 2017, we were projecting a double-digit increase. Now, we’ve been slowly coming off those projections.”

Meanwhile, a separate report released in mid-July is suggesting Alberta-bred companies looking to make their next move might fare better south of the border.

Titled Going Global, the reports ranks the United States as number one out of 15 countries around the world with opportunities for Canadian oilfield service expansion.

“The United States is a suitable market for smaller, first time exporters, or larger companies with limited or no export experience, but with products or services in demand in the American market,” says the report, which involved the Alberta government, PSAC and Export Development Canada.

Some companies are already making the move. Precision Drilling Corp. has shifted rigs and crews from Alberta’s Deep Basin to the Marcellus shale play in Pennsylvania, while Citadel Drilling Inc. has relocated some of its operations to the Permian Basin in midland Texas.

In PSAC’s recent annual member survey, 10 per cent of companies say they are considering markets outside Canada for the first time due to constraints domestically, and 14 per cent are considering exiting Canada altogether.

“It’s alarming. We would not have gotten those responses even in the worst periods of 2015-2016,” says Whalen, pointing to Oklahoma, Wyoming, and Texas as new landing spots for many of these companies. “People were hunkering down at that time and were loyal and willing to stick it out. What we’re seeing now is some fatigue in the notion of riding it out.”

In Tundra’s case, the company expanded to the Permian Basin in 2012 when it purchased SSI Manufacturing, a subsidiary that specializes in innovative surface mounted artificial lift systems for oil and gas producers. According to Domagalski, the move was motivated by demand in the region for these types of rod lift systems, not because the company had lost faith in the Alberta market.

“We get a lot of demand from clients down there, so we decided to open up shop,” he says, noting that in addition to its home base in Calgary, Tundra also operates in Edmonton and recently added a seven-person team to Grand Prairie. “But overall, we’re still really optimistic about the oil and gas industry here in Western Canada.” 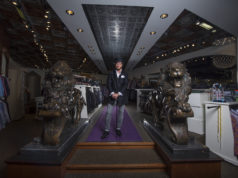 Standing Up for Small Business 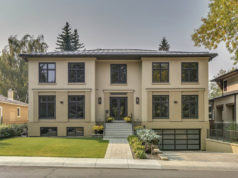