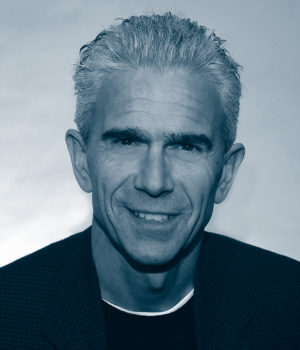 The debate about energy development, and protection of the environment, is not new but has recently become more polarized. Canada, and especially Alberta, is blessed with abundant natural resources and development of these resources has yielded great economic benefits, which is always pointed out by the energy sector. Environmentalists, however, say this poses a threat to the air we breathe and the land we live on. Therefore, they think development should be limited.

Finding common ground between both sides of the debate involves connecting the dots. We must be aware that demand for cheap energy drives the planet’s consumption of just under 100 million barrels of oil a day, but we must also recognize that our energy resources are limited and the wealth they create must be reinvested in the future.

This debate has come to the forefront in recent discussions about pipelines, but the public is largely misinformed about the pipeline issue. In fact, pipelines are the safest and most economical way of moving hydrocarbons to market. While hampering pipeline development will potentially slow the development of Alberta’s oil sands, it is unlikely to have any impact on global demand for oil.

Here is the key. If we really want to lower our carbon emissions, our collective values must change. As consumers, we need to prefer products with a lower carbon footprint. This involves sacrifice (i.e., giving up our SUVs), or paying more for some energy services that come from renewable sources. The challenge for many people is that the environment does not become an issue until they are personally impacted. An excellent example? Coastal communities that are now experiencing a rise in water levels.

A pragmatic approach is to reinvest the wealth created by our energy industry, which, by the way, has a proven record in safety, good labour practices, and continuous improvement in reducing its environmental footprint. Norway’s Oil Fund was created with oil revenues invested for the future. This $1-trillion fund is about 20 times the size of Alberta’s Oil Fund and is often cited as a shining example of public policy directed at the future. However, the Norwegian oil industry is largely government owned and it would be difficult to match such a scale in Canada.

For Alberta, and Canada, we should set more modest goals. It is important for an energy fund built from revenues derived from the energy industry to have independent governance and not to fund other government programs. A carbon tax and, to a lesser extent cap-and-trade programs, are the most pragmatic ways to provide such revenues. However, the public needs assurance that the funds will be reinvested in long-term projects that benefit the environment.

Today the primary constraint to investment is energy regulation, which has been upset by federal-provincial confrontation. The lack of firm regulatory policy has put off foreign investors, and Canada suffers from this.

What we need is a coherent national policy, based on economic and environmental benefits that are long-term. This is what will ultimately benefit all Canadians and put us on the right track with the environment.

Bill Ross is a former energy industry executive who leads Vercerta, a consulting practice that specializes in risk management advice for engineering, energy, and telecommunications companies, and for government and regulatory agencies.

Canada Day is our Independence Day!

Ball Position and your Instinct