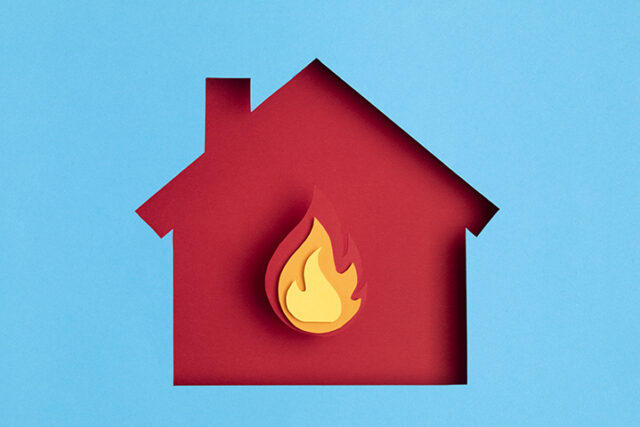 The phrase, “a new normal” has been overused ad nauseum when discussing life during and after COVID-19. Yet for the recreational real estate market, it’s been anything but normal.

Real estate experts say the pandemic has brought with it sweeping changes to the second-home market, with pent-up demand and limited inventory leading to record sales activity, drastic price increases and a dream scenario for sellers.

Alberta Real Estate Association chief economic Ann-Marie Lurie says recreation hot spots such as Canmore are seeing an overwhelming resurgence in interest from homebuyers over the past year. She notes sales activity in the popular Rocky Mountain town continues to outpace available inventory, which has been trending below historical levels, around two months of supply, for consecutive quarters now.

“As a result, conditions are pretty tight,” says Lurie. “And this is already in a high-priced market. In 2020, they actually saw a one per cent price gain in prices.”

She notes the benchmark price, which represents the selling price of a typical home in a given area, to start the year in Canmore is around $780,000.

Lurie primarily attributes increased demand in recreational properties to historically low interest rates. Yet she also acknowledges the pandemic’s impact, which has derailed many people’s vacation plans and had many people looking at other options.

“If you weren’t impacted by the pandemic and you were just working from home, chances are you weren’t spending as much. And that’s been one of the rationales as to why we’re seeing improvements in the recreational property market. People want an alternative place to go,” she says.

Still, Lurie’s quick to point out that these purchases are less spur-of-the-moment than it would appear. Rather, she says these buyers have likely been testing the recreation property market waters for some time. They’re just now being encouraged to take the plunge.

“They probably were already considering something like this. The low rates likely pushed them into it,” she says.

For Brad Hawker, he’s never seen anything like this during his 29 years in real estate.

“We’ve had an incredible turnaround from the lockdown in March last year when sales went down 80 per cent to where, since May, sales have taken off,” says Hawker, broker/owner of Royal LePage Rocky Mountain Realty, pointing to nearly 100 sales in February, compared with just over 20 during the same period in 2020. “I’ve honestly never seen it like this.”

For his part, Hawker attributes demand to a combination of factors, ranging from people accelerating their retirement plans to professionals now having the ability to work anywhere. He says this is on top of those who are now spending less, saving more and want to switch where they spend their free time.

“The pandemic has made people re-evaluate their lives on many different levels, and many are choosing to make changes. And one of those things is purchasing or selling real estate,” he says, noting many of the buyers he’s come across are not financing, but instead making cash purchases.

It’s been a similar story in British Columbia where key recreation hot spots popular among Alberta buyers have also seen peak levels of activity for the past several months.

In the Kootenay Rockies – which includes popular recreational property locations such as Cranbrook, Kimberly, Fernie, Invermere, Radium and Golden – annual sales activity was up 35.1 per cent to kick off the new year, with 219 residential unit sales.

The Kootenay Association of REALTORS (KAR) reports the average residential price in the region during this time was $427,543, a 28.2 per cent rise from $333,331 recorded in the same month last year.

KAR vice-president Bruce Seitz notes this is a continuation of a theme that played out for much of 2020. Annual sales activity increased by 20 per cent, paced by a 26.5 per cent hike in the East Kootenay region. Meanwhile, the average residential price in the region increased by 11.5 per cent for all residential property types.

“Demand for housing types through all price ranges continues to be strong, but the most active continues to be the $350,000 to $450,000, which generally represents a three-bedroom, two-bathroom 2,000-square-foot single-family home,” says Seitz.

He acknowledges a lack of inventory is behind the months-long upward trend increase in housing prices within the Kootenays. At the end of February, 525 single-family homes were on the market, which is trending toward historical lows.

“There’s just not enough homes for sale. With the spring market here, we’re hoping to see more listings come onto the market as sellers take advantage of low inventory as a way to drive prices,” he says.

Seitz says it’s mixed as to where buyers are coming from due to so much diversity within the region.

“In the Fernie and Invermere region, we’re continuing to see a steady migration of Albertans into the community. Meanwhile, large industries such as mining are bringing in a lot of skilled labour in places such as Sparwood,” says Seitz, noting the Canadian Rockies International Airport in Cranbrook is a significant driver when looking to attract workers – and, in turn, homebuyers – to the region.

“And, of course, we have some of the best recreational opportunities in the world. The fact you’re never far away from ski hills, lakes and beaches is a driving force behind many people’s homebuying habits … as is the fact that working from home is a real option now. With many companies allowing their employees the flexibility to work from anywhere, many are now looking to the Kootenay region where home ownership is fairly affordable and the recreational opportunities are at their doorsteps.”

In the B.C. interior, residential real estate sales similarly hit record highs throughout 2020 and into the first month of 2021, reports the Association of Interior REALTORS.

Overall sales across the area – which extends from Revelstoke to Eastgate Manning Park and into the South Peace River region – in January were up 60 per cent, with 796 units sold compared to 497 in January 2000. Specifically, the Shuswap and Revelstoke region saw sales activity increase 50 per cent from 40 units in 2020 to 60 in January 2021.

With the Association of Interior REALTORS continuing to cite a “chronic shortage” of available inventory throughout the region that dates back to mid-2020, these persistent sellers’ conditions have, in turn, led to significant increase in prices. The benchmark price increased upward of 14 per cent to start the year, depending on the property type and region.

Sarah Johnston is seeing this play out first-hand. The associate broker for CIR Realty recently relocated from Calgary to Kelowna earlier this year to help set up the brokerage’s first office outside of Alberta, and says it’s as hot of a real estate market as she’s ever seen.

In general, Johnston says high demand and lack of inventory is, incredibly, pushing some prices north of 20 per cent from what they were just a couple years ago.

“Kelowna is the epicenter right now and it’s extremely expensive. So therefore, people are finding it much more economical in places such as Vernon, Peachland and West Kelowna. All of a sudden Penticton looks like a downright deal,” says Johnston, who sees the multi-family market growing moving forward – especially in Kelowna where city council is currently reviewing applications for condominium towers upward of 42 storeys.

On the other side, Johnston is seeing many Albertans take advantage of the current situation and make the leap full-time to the region.

“Alberta has always had a connection with the Okanagan, but now, the pandemic has encouraged many of them to re-evaluate their situations and go after the life they’ve always wanted. And a lot of people are deciding that lifestyle is their ultimate goal,” she says.