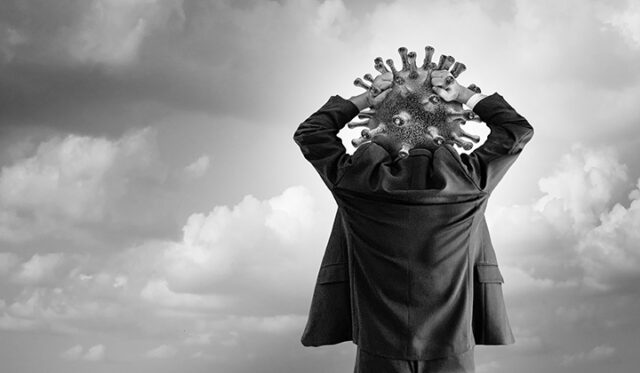 Like many, the Calgary-based chief executive officer at the Alberta Mortgage Brokers Association (AMBA) and her five-person team switched to a work-from home model last March following government-mandated lockdowns due to COVID-19 pandemic.

It didn’t take long for the novelty to fade though as Swaffield discovered something all too familiar to many in the Canadian workforce.

“Honestly, the mental health of the team was starting to concern me,” she says. “By the end of mid-July, we were all acknowledging things weren’t going well. And any leader worth their salt knows that when your workers are in a bad place mentally, the work suffers.”

Naturally, the AMBA team all too eagerly welcomed a return to the office this past summer – only to again return home in the late fall as the pandemic’s second wave swept across the Prairies. This time though, Swaffield says they were prepared.

“One of the mistakes we made the first time was focus just on the work,” she says. “We had strategies for getting the work done. What we didn’t pay enough attention to what was on the other side of it, which were the things that naturally happen in an office that don’t when you’re working remotely. The watercooler talk, so to speak.

“So we’ve put in place a lot more strategies to make it safer from a mental health perspective. We’re not excited about leaving the office, but we’re certainly feeling much more prepared.”

Swaffield and her team are not alone. A Mental Health Index report released last fall by human resources services and technology firm Morneau Shepell painted the picture of a mental health crisis as the pandemic gained steam heading into the New Year.

The score of -11.4 in October matched the lowest points from April 2020. It measures the improvement or decline in mental health from the pre-2020 benchmark of 75.

“The first is the extent of change. For many of us, it’s impacted so many areas of our lives,” she says. “Second is lack of predictability – not knowing exactly when this will end, what this will look like on the other side or what it will mean from an economic point of view. And the last is isolation. We’ve seen it as the second strongest driver in terms of people having mental health behind financial insecurity.”

“All of those emotional things are running in the background. Some of us don’t realize it, but it’s still there. Some might get a little blue or a little angry or a little anxiety and then it will go away. Others are really overwhelmed by it.”

Subsequently, these factors are also affecting productivity, she adds.

“Workers might still be producing what they used to, but when we look under the hood it’s because they are working more hours. The actual productivity in an hour has been compromised. This is just a drained population.”

Andrew Szeto, director of the University of Calgary’s mental health strategy and an associate professor in the Department of Psychology, traces some of that lost productivity to a sense of not feeling grounded – the loss of identity that many Canadian workers have suffered.

“Work makes up a huge part of who we are. When you take that away and instead have us do that work from home, it has a large impact on our identities,” he says. “And for most of us, a lot of the people we interact with each day are colleagues. When you distance yourself from them, that has immense impacts.”

He says one of the ways workers can manage this plethora of change is to re-introduce some structure in their lives, whether that be regular hours or a dedicated workspace.

“Set up a home work station that’s separate from the rest of your living space,” he says, noting other things such as having the right tech stack and even proper ergonomics. “I know this idea of separation is easier said than done because you’re always going to bring work home or home to work but the more you can create a physical separation, the more it will help.”

Other mental health experts are encouraging employers to focus on better communication as a tool in helping their staff navigate this pandemic remotely.

Karen Gallagher-Burt, director of community engagement at Calgary Mental Health Association Calgary, says to ask the not-so-simple question: How are you? No really, how are you?

Cindy Negrello, director of operations at CMHA Calgary, adds complementing any mental health strategies with common sense, such as promoting self-care and self-awareness.

“It’s about getting enough sleep, connection, nutrition and some sort of exercise. And then it’s about reaching out if you need help and not feeling like doing so means you’ll be judged or performance managed,” she says.

Gallagher-Burt also advocates employers be patient when expecting a turnaround. She compares this pandemic with any crisis response in that it will include six stages: Waiting for the event, the actual impact, a heroic stage, the honeymoon, disillusionment and, lastly, recovery.

“Disillusionment is what we’re going through right now – and it’s the longest phase,” she says. “Normally in a disaster, you can predict a year to 18 months to recover from a disaster. But with a mental health pandemic, we haven’t seen anything like this in a generation. Which means we don’t know when it will end and we don’t know what the world will look like afterward.”

In fact, Negrello anticipates it could take several years before things start feeling like normal again.

“An 18-month recovery is just the physical part – getting things back to regular operations. The mental health toll can take five years to recover from,” she says. “It took that long when dealing with the floods from 2013, and we’re still seeing the fallout from the Fort McMurray fires in 2016. This is going to be the very long term.”

Part of the University of Calgary’s mental health strategy has focused on getting people connected while also promoting self-care. The university converted its annual UFlourish mental health event from a week-long event to a month-long series of sessions, webinars and conversations.

Szeto noted more than 1,400 members from the school’s community took part in more than 40 events this year that included everything from walking challenges, baking and even an in-person and socially-distant line dancing event.

At AMBA, Swaffield and her team have introduced several strategies to outlast the ongoing pandemic. They now start their days with a virtual coffee – no shoptalk allowed. They have also collectively agreed to get dressed in work clothes every morning.

“It’s not by any means a policy, but it just puts us in the right mental state and helps us draw those boundaries,” says Swaffield.

They’ve also added fitness challenges where the team encourages one another to take part in some fresh-air activity every day, even if it’s just 10 minutes walking around the block and tracking the progress on Slack.

Aligned with that, they have also increased the company’s coverage for mental health support through their benefits plan – a change that Swaffield says was an “easy fix.”

“I find now, more than ever, a lot of my focus is on asking them what they need. What do they need to be successful? To be happy? To be healthy? Your team will tell you if you’ve created a culture where they are comfortable to do so,” she says.