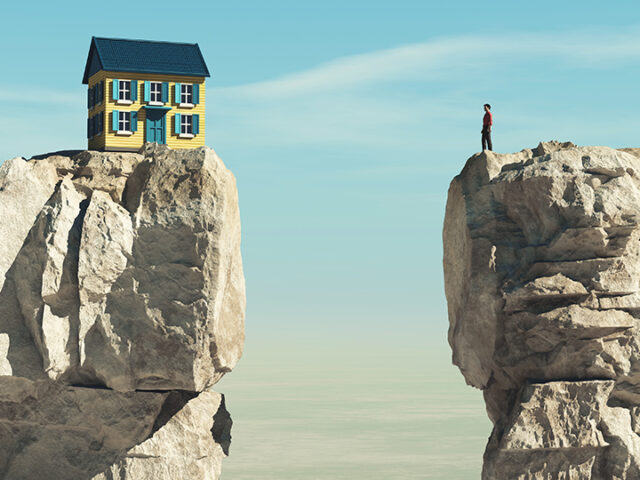 Shock and awe: That’s the best way many Calgary real estate experts are summarizing the 2021 housing market, which continues to defy expectations as we approach the new year.

“It’s defied prediction,” says Brian Hahn, CEO of BILD Calgary Region, which represents the local building industry. “Many members expected demand, and business, to fall off the edge. And while there was a period where that occurred in 2020, it’s bounced back with a strong end to the year and a similarly strong 2021.

“And there’s still and optimism that there’s some strength left going forward – especially given Calgary has, relative to other markets across Canada, a very competitively priced housing market. People will want to come here.”

In the residential resale market, persistent demand-to-supply imbalance created sellers’ conditions in virtually all segments of the market.

Ann-Marie Lurie, chief economist at both CREB and the Alberta Real Estate Association (AREA), notes there has, “just not been enough supply to meet the stronger-than-expected demand. In fact, the results would have likely been stronger if the supply was there.”

Despite a slight cooling off over the later part of the year, the average price of a home in Calgary earlier this fall was up nearly eight per cent year over year to $484,302 – driven by a year-long spike in sales activity. More than 23,000 units sold as of the end of October, up 76 per cent from the same period last year and well above the 10-year average.

“People who weren’t impacted by the pandemic also were not spending on things such as travel. So savings levels actually improved for many people, and some of that is translating into improved activity in the housing market,” says Lurie.

“It’s also been driven by the fact that rates have been so low. It’s made homeownership really appealing.”

Calgary’s detached, semi-detached and row segments all saw healthy year-to-date price gains of six to nine per cent in 2021. The apartment condo sector, however, saw a more modest three per cent.

“While we’re in selling marketing conditions for detached homes, that’s not the case for apartment condos. It’s been a day-and-night difference,” says Lurie. “While the conditions are better than what they’ve been, it’s much more balanced. There’s still a lot of supply in the condo market to get through.”

Lurie points to several additional dynamics that have occurred during the pandemic, notably the fast pace of sales activity outside of Calgary.

And with persistent sellers’ market conditions showing no signs of letting up, it’s led to significant price gains in that city of 13.65 per cent year over year to a benchmark price of $388,767.

“It’s been tighter market conditions outside of the city than what we’ve seen in Calgary,” says Lurie. “Even within Calgary, while we’ve certainly seen sales improve in the city centre, it’s not as high as what we’re seeing in outlying areas such as the city’s north district.”

The new home market has seen a similar uptick in activity. Canada Mortgage and Housing Corp. (CMHC) reported year-to-date starts as of the end of September was 10,415, up from 6,461 the year prior, while completed and absorbed levels remained relatively consistent.

The average price of an absorbed single detached home in Calgary was $626,707 at the end of September.

CMHC senior economics analyst Michael Mak traces strong demand in the Calgary’s housing market as far back as mid 2020 when the initial lockdowns due to the COVID-19 pandemic started gradually opening up again.

“We saw sales initially pick up in summer 2020 and continue into 2021 as people who would have originally bought in Q1 last year made their home purchases slightly later,” says Mak, who echoed Lurie in noting record-low mortgage rates has further encouraged sales activity.

“We also saw the demand profile shift due to the disproportionate effect of the pandemic between higher earners who were more likely to keep their jobs and service workers who were largely affected by lockdowns. Starting in late summer, early fall 2020, we started to see increased demand in single-detached homes … particularly in the $1-million-plus segment.”

Specific to the new home market, Mak further noted strong demand throughout 2021 has dropped new housing inventory levels below what CMHC qualifies as excess levels. In a housing market assessment for Calgary released earlier this fall, CMHC reported that the total inventory of unsold units continued to fall from a record high in 2020 with 1,236 units remaining unsold, a level last seen in 2016.

Upon completion, close to 90 per cent of single-detached homes were absorbed in the first half of 2021, compared with 80 per cent in 2020.

After having uncharacteristically high inventory levels for the past several years, CMHC noted the new condo sector has seen the highest absorption gains as unsold inventory levels dropped by 44 per cent from 911 to 566 units by the end of Q2.

“Based on the four factors of overheating, price acceleration, overvaluation and excess inventories, Calgary’s housing market is still exhibiting moderate since of market vulnerability,” says Mak. “The main factor that’s driving that is excess inventories that, while not as high anymore, but continues to be moderate.”

Hahn of BILDCR says there’s cautious optimism among the association’s members heading in 2022. He points to supply chain challenges as being something many in the industry are keeping a close eye on.

“There are still challenges such as costs and availability of materials. Yet overall, our members are very optimistic about our community going forward,” he says.

The rental market, meanwhile, continues to go through a roller-coaster ride to what Calgary Residential Rental Association executive director Gerry Baxter hope will be a light at the end of the tunnel as the new year quickly approaches.

Baxter notes factors such as the economic downturn, lockdowns, out-migration from the province and excess new home inventory has created more supply than demand in the local rental market over the past few years. Yet he is hopeful now that with many pandemic lockdown measures have been removed and interprovincial migration and international immigration trends are resuming to normal.

“Since this past summer, conditions have improved somewhat. Many of the incentives that landlords previously offered almost universally in the marketplace are either no longer being offered or have been reduced,” says Baxter, noting the exceptions are downtown and the Beltline, where vacancy rates continue to outpace the rest of the city.

He goes on to note that turnover surveys have surprisingly remained unchanged during the pandemic, with outgoing tenants continuing to indicate their main reason for leaving is to purchase homes.

“We’re seeing that in the housing market, with record sales this past year. Many of those people are coming out of rental properties,” says Baxter.