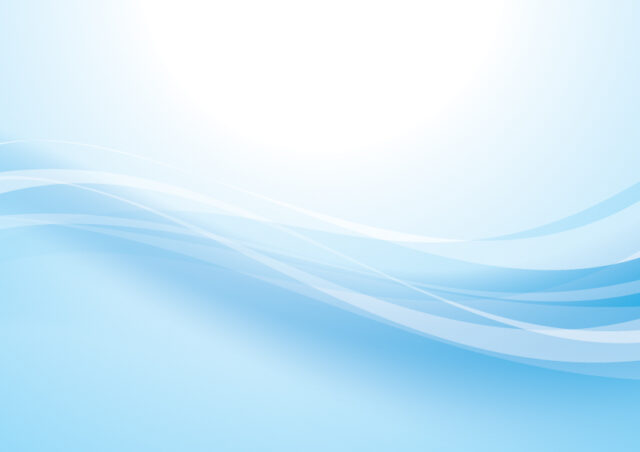 On April 27, the Calgary Influential Women in Business (CIWB) Awards will be presented to six outstanding professionals recognized for supporting diverse leadership across the city. While their roles are all vastly different, each demonstrates a passion for elevating those around them by broadening representation at the table.

Dawn Farrell, chancellor at Mount Royal University, says it’s “magical” to work on diverse teams drawing on individual strengths. She first experienced that magic in 2004 at BC Hydro under the leadership of Bob Elton. “He had a passion for diversity and deliberately created a diverse team of men and women,” says Farrell. “To benefit from diversity, you must accept that each of us ­– with our experiences, genders, habits, talents and weaknesses – brings something different to the mix. We must love these differences and draw from them when making decisions and driving change.”

As CEO at TransAlta Corporation for over nine years, Farrell ensured her management team was diverse and worked with the board chair to put over 30 per cent female representation on the board, setting a goal for 50/50 by 2030. “We became students on how to use diverse teams to make better decisions,” she says.

Farrell is also devoted to mentoring women to take on leadership positions. “My belief is that there are very few environments where women will be ‘given’ the opportunity to be heard. With mentorship by those who have ‘been in the room,’ women can learn to lean in, be respected and be heard. It’s key that they play hard, stand back up after every failure and just stay in the game. It just takes courage and they all have that at their core.”

In achieving the CIWB Lifetime Achievement Award, it’s being amongst a group of strong women and the recognition from Farrell’s peers in Calgary that means the most. “These women set up these awards so that women behind us would know they too can achieve their dreams,” says Farrell. “I want women to build the confidence early in their careers that they can both win and lose, overcoming the belief that they must do everything perfectly every day.”

In an incredible career of firsts and rapid progress, Jana Mosley, president at ENMAX Power, appreciates the value in female representation at the organizational and board levels. “When I first stepped into a vice president role, the number of women who shared how inspiring it was to see a female at that level in our organization surprised me,” says Mosley. “People say if you can see it, you can be it. I believe that.”

She also knows the deeper impact diverse collaboration brings. “We need all types of thought, backgrounds, strengths and beliefs, particularly in organizations that are serving our diverse community,” says Mosley.

While she has often been the sole female on a project, team, work trip or in a meeting, Mosley felt prepared after attending male-dominated engineering school. She’s since worked to address gender diversity in STEM and workplaces so all people can sense belonging and flourish. “Corporate commitments to environmental, social and governance, as well as diversity, inclusion and belonging are aiding progression,” she says.

With Mosley’s sponsorship, the number of females in leadership roles at ENMAX has increased five per cent over 18 months, with 36 per cent of their leaders across the organization identifying as females. In achieving the CIWB Large Enterprise Award, Mosley is especially honoured to be recognized by the city she loves and appreciates, while continuing to give back to the community as a passionate advocate for women. “I’m excited for the new relationships and opportunities to serve Calgarians that will come out of this honorable recognition,” she says.

Eleanor Chiu, chief financial officer with The Trico Group and Trico Homes, knows that when gender, race and other factors are removed from the equation, teams are built stronger and better. “When we can hire the right person for the right position, they really excel in their career,” says Chiu.

While public perception may infer the building industry is dominated by male workers, Trico boasts approximately 48 per cent female employees, especially in drafting, interior design, accounting and sales. It’s not only gender diversity Trico has embraced. Their team includes over 25 ethnic groups with strong representation in visible minorities, gender and LGBTQ+ workers at all levels.

“Any growing business working to be successful must have good in-depth knowledge of its market and customers,” says Chiu. “Because Canada has such a diverse ethnic culture and our population comes from all over the world, it is even more important for a home builder to understand what kind of homes our diverse customers are looking for. Having a diverse team gives us firsthand information when designing products, especially for immigrants and non-Caucasian customers.”

In achieving the CIWB Medium Enterprise Award, Chiu is most excited to set an example for younger generations of women pursuing business. Appreciative of her happy 40-year marriage, proud of her three caring, hardworking children and driven to make a difference in the lives of Calgarians, Chiu’s journey is truly inspiring. “Yes, we can do it and we can have it all,” she says. “If I, a visual minority woman who immigrated to Canada can do this, anyone can.”

Working in financial services within the Canadian energy sector might mean working with many more men than women at the leadership level, but Cheryl Sandercock, managing director and co-head of Energy A&D Advisory with BMO Capital Markets, appreciates the enhanced opportunities gained by welcoming diverse perspectives.

“Part of diversity in business and community involves valuing everyone’s different ways of thinking,” says Sandercock. “There’s also the aspect of being inspired by someone you find relatable. There’s an interesting balance that takes place to have the benefits of new perspectives brought to the table, while appreciating that most people connect more easily when there are shared past experiences.”

A trusted advisor to Canadian, international, public and private clients and energy organizations with over $75 billion in transactions, Sandercock appreciates the experiences uniquely afforded to women. In strong teams with more diverse representation, each client can be better served. “This can play in while building relationships with different clients, including women,” she says. “There are great benefits to having numerous aspects of diversity in business and we continue to make progress in this area.”

In achieving the CIWB Professional Services Award, Sandercock says she is humbled. “This is an amazing honour to be recognized along with the other outstanding women and men celebrated over the last few years,” says Sandercock. “Being acknowledged as a trusted advisor to my clients is particularly special and this high-level recognition from this group and the community is truly wonderful.”

Kim Ruse, CEO with Calgary Women’s Emergency Shelter (CWES), is on a mission to support all Calgarians impacted by family violence while creating new ways to prevent it in the first place. “It’s an honour to be a woman in leadership in my field,” she says. “We serve everybody, but a large portion of that group are women. It’s important to have the voices of those we serve represented and elevated around the table and in our decision-making.”

Under Ruse’s leadership, key successes for CWES include launching new initiatives that better support a wider network of people – including Indigenous and racialized families – as well as doubling their annual revenue. The fact that a Canadian woman is murdered by her current or former partner every five days while over 30,000 annual calls for help are made to Calgary Police Service hits hard, deeply motivating Ruse and her team.

“We’re working to innovate and approach things differently,” says Ruse. “We want to change the narrative in the community and work with everybody towards zero tolerance for violence and abuse.”

Achieving the CIWB Social Enterprise Award signals great community interest to meet Ruse’s passion for the cause. “If we’re looking to have a city that’s truly great for all, moving towards non-violence is something profound we should all be working at,” she says. “If you think you don’t know someone affected, it’s likely you do but just aren’t aware of it. It’s such a privilege for me to work with my team to make a difference for those impacted.”

Male Champion Award presented by CIBC: Jim Dewald, Dean and Professor, Haskayne School of Business at the University of Calgary

Jim Dewald, dean and professor with Haskayne School of Business at the University of Calgary, firmly believes that business schools have tremendous influence in their potential to shape tomorrow’s leaders. It’s a responsibility he takes seriously.

“Diversity is number one on our agenda right now,” says Dewald. “We have done some good work, but we have so much more to do. We take specific action to increase diversity in recruiting, leadership positions and remuneration.”

Dewald says addressing deeply rooted unconscious bias and systemic policies, as well as other actions that threaten fair, respectful treatment for everyone is critical. “There are still many challenges to achieving true diversity, equity and inclusion,” he says, adding that accepting each individual’s contributions makes for a stronger society in general. “Whether it is producing and selling products, services, expertise or advice, it all comes down to understanding and serving people’s needs. To be successful, a business must understand people; to understand people it is essential for any business to have a diverse workforce and leadership team.”

While honoured to receive CIWB Male Champion Award, Dewald says it also emboldens him to step up his commitment as a champion for women. “I am completely overwhelmed and humbled with this honour. I accept it on behalf of the incredibly strong and dedicated women in my life and work. They are leaders, researchers, alumnae, and above all, students who inspire me,” he says. “There is no time to be proud, only more work to do.”