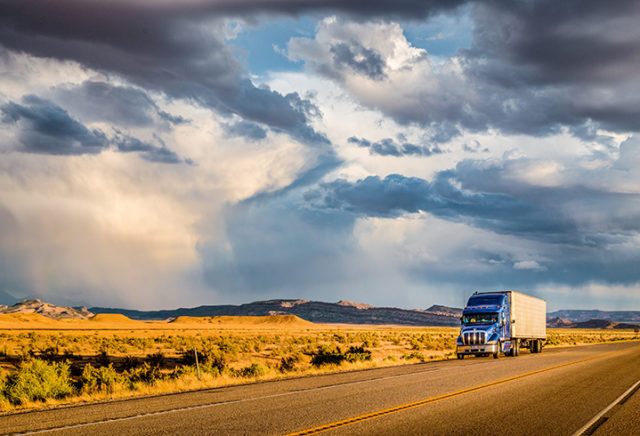 Like flipping a switch, turning on the tap, going to the fridge, logging in and this year’s transformational COVID-19 life changer occasionally reminds us—we take basics and modern creature comforts for granted.

Particularly aspects that we don’t really notice because they don’t directly impact us. Like transportation.

Whether it’s the hard core essential of the economy with containerized cargo, crude oil, potash, and petroleum products or despite fluky and grave challenges, making sure grocery shelves are stocked—it is transportation! Not only a vital lynch pin of Canada’s economy and an essential fact of Canadian life. Whether it is trucks, rail and ships, Canada has an efficient, high-capacity multimodal transport spanning often vast distances between natural resource extraction sites, agricultural and urban areas, from Calgary, Montreal, Vancouver and Halifax.

It’s a statistical fact that Canada is the world’s second-largest country in total area. Transportation is sometimes challenging but it is crucial. Canada’s transportation system includes more than 1,400,000 km of roads, 10 major international airports, 72,093 km of functioning railway track and more than 300 commercial ports and harbours.

Research recently done by Trucking HR Canada and the Conference Board of Canada says that about 300,000 truck drivers in Canada move an estimated $850-billion worth of goods annually, including $550 billion in imports and $300 billion in exports.

For comparison, Canada’s largest railway, CNR, transports about $250 billion worth of goods annually.

According to Dr. Osman Alp, associate professor, operations and supply chain management at Calgary’s Haskayne School of Business, “The trucking industry is the strongest and most viable among the three. Railroad industry is probably at its maturity, performances can be improved with investment in capacity. We can also see this in the GDP by industry. Trucking industry GDP for Canada steadily increases since 2013 whereas rail industry GDP is stable during the same time horizon.”

Of course rail is vital and, despite some challenging outside factors, continues a steady growth in Canada. According to the most recent report from Railway Association of Canada (RAC), “Record results in 2018 show that Canada’s railways have fully recovered from the shock of the 2008-09 global recession, originated a record number of more than 6.1 million carloads while delivering unprecedented performance and service.”

The RAC Report outlines that the increases enable rail customers to compete and win in the global marketplace and underscores that that investments in rail were also at a record high (at almost $2.4 billion into Canadian networks) and RAC members paid a record-high $2.0 billion in taxes to Canadian governments, allowing them to deliver important services that Canadians rely on daily.

Calgary shares in the success. The Calgary Region is home to two major intermodal operations. CP Rail not only has its headquarters in Calgary but has its Calgary Logistics Park with terrific connections to not only Vancouver and eastern Canada, but also to the port of Prince Rupert, B.C., which is advantageous for access to the lucrative Far East market.

Industry experts voice consensus that the trucking and logistics sector is a massive economic force in Canada, employing hundreds of thousands of workers and acting as a key component of interprovincial and international trade. Over the years, the transportation and logistics industry has experienced steady and dependable growth. The industry continues to play an important role in the health of the Canadian economy.

“Trucking is the dominant sector in terms of business volume,” Alp says. “The rail sector is key for Canadian transportation, as rail is a cost-effective alternative for long distance movement of freight which is tied to intermodal transportation through seaports for overseas exports/imports and that can connect to trucking for the final segment to destination.”

Calgary’s competitive edge in the trucking sector of transportation is that it sits at the epicenter of major east, west, north, south highway routes, connecting not only eastern and western Canada but also northern Canada with the United States and Mexico (through the CANAMEX corridor). Within one truck’s day drive of Calgary (13 hours being a trucker’s standard day), can access a market in excess of 18 million people. Extend that to a 24-hour day and it can access more than 50 million people.

The strength and growth of the trucking industry is also good business news for Calgary. “The tonne-kilometers of truck shipments has fluctuated in recent years, but the revenue per tonne-kilometer has an increasing trend in both domestic and trans-border shipments,” Alp says. “This is a positive sign for the profitability of the sector. The price index for trucking industry has increased about 10 per cent in the last few years but the general trend is also strong to support the industry. Contrary increases in the trucking industry, the revenue of rail industry per tonne kilometer has been steady since 2017.”

Although transportation sector deals with consistent challenges like the economy, the weather, and the whims of supply and demand, transportation (particularly truck and rail) is confronting two contemporary issues.

Haskayne’s Osman Alp emphasizes that the key factor for transportation is: sustainability. Transportation accounts for 20 to 25 per cent of Canada’s overall GHG emissions. The experts agree that although there are numerous initiatives taken in industry in all sectors (rail, road, air) to reduce emissions, changes are important.

“In trucking and the railroad industry,” he says, “alternative fuel adoption must increase. Electric or hydrogen fuel are the two candidates for this transformation. Carbon offsetting requirements will start for aviation in the near future; reducing emissions will also be a driving factor for other transportation modes. Alternative fuels coupled with autonomous technologies will be standard of future for the trucking industry, and the rail industry, as well. This is a challenge for the transportation sector in general.”

The trucking sector has a lingering and quirky issue to deal with: people. A looming driver shortage has been a lingering problem for the trucking industry for a few years and industry insiders say it may now be reaching a critical point, not just for Canada but in North America in general. Boomer drivers are ageing and younger generations do not find the trucker lifestyle or the trucker profession very appealing. The shortage is particularly pronounced for long-haul drivers, for whom the job vacancy rate is 9.4 per cent compared to an industry rate of 6.8 per cent.