After nearly 40 years in the industry and having seen so much become somewhat confrontational over the last decade, I have never been prouder to work with some of our industry’s best leaders in what has to be one of the most significant examples of collaboration I have ever experienced.

In the weeks leading up to March 15th all in the Construction Industry were tracking how COVID was spreading. They knew that it was only a matter of time before it would impact us in Calgary. With major events cancelling the week or two prior and other developments elsewhere they saw the pattern progressing and then when the province announced school closures on the Sunday – we were “live”.

The Calgary Construction Association (CCA) immediately reached out to a number of local industry leaders and early on March 18th, a group of over 25 local construction leaders assembled via Zoom to discuss the overall situation as an industry. There were senior leadership and business owners on the call that spanned a range of large to smaller sized organizations including general contractors, trades and suppliers.

With construction projects being closed down throughout cities in the US and with other provinces raising similar questions associated with site safety concerns related to COVID, they knew that this would be a key factor in the industry being able to continue to operate on sites. Local news medias were already picking up on the sentiments from elsewhere, were targeting specific sites in Calgary and raising their questions.

There are three realities that bore significantly on this challenge as far as construction is concerned. We sometimes overlook these in the industry because they are just “the norm”:

Despite these daunting realities we succeed time and time again.

Against such a backdrop COVID was another safety concern and a project challenge that had to be tackled head-on without delaying progress.

The Construction Industry focusses on safety first and then we build. The safety professionals that work across the industry are dedicated, well trained and are experienced in continually assessing the risks, implementing protocols for universal application and for site specific scenarios. We therefore had the inherent skillsets and aptitude for this challenge.

Such was the conversation during the course of the phone call with the overall question being:

“How do we keep our people safe and allow them to keep working on the sites and how do we mobilize on an industry scale?”

There was also one other reality to consider in that, the larger firms have significant in-house resources dedicated to safety and the smaller ones are not able to sustain that same level. With that in mind how do we ensure an industry-wide response?

This is where the reality of a common threat comes into play in how it galvanized all the stakeholders.

In an unprecedented show of collaboration over the course of the call, one by one the larger firms represented offered to share the work that their teams had already begun, some of it, in its raw form and CCA agreed to consolidate the content in one document for industry-wide release.

With characteristic speed several different copies were shared from a number of sources that same day and the work to consolidate began immediately. Two days later on Friday March 20th, Version 1.0 of the Pandemic Planning Document was published via the Alberta Construction Association (ACA) and it was shared across the province.

The leadership calls continued several times a week so that industry could share what was being learned from daily experience on sites and compare notes. As the protocols continued to evolve based on these events the material continued to be shared by each company and the Pandemic Planning Document was updated continually eventually reaching Version 4.0 over the following weeks.

Originally intended as a local and then provincial “open source” response, the document spread nationally and was utilized by many different groups locally and across Canada who were all dealing with the same challenge.

Of course, enforcement is key and we cannot relax or take our foot off the pedal for a second. This is an ever-present risk, as are all the others, and the industry has continued to ensure that these measures are in place and being maintain consistently.

There have been no known cases of site-based transmission in Alberta to date but we are far from out of the woods.

Offices have remained with reduced staff and COVID measures in place throughout the crisis. Many organizations have found that they have been able to function well, continue to support their sites and their businesses well despite the increase in remote work. The spirit of collaboration has continued through Zoom and other such platforms; despite some conference call fatigue, many have learned new ways to be highly effective and some habits will likely be forever changed.

The COVID Industry Leaders calls are still occurring regularly and, with the example of collaboration experienced to date and the commitment shown on an industry scale , there is little doubt that the leadership taken right from the start will be able to respond to any further matters that arise and continue to make safety the priority it should be for all in the industry.

As construction seeks to fulfil its natural role as a major engine for economic growth in Alberta post COVID and beyond, the lessons learned through this crisis have made us stronger than ever before and form a strong foundation for the future. 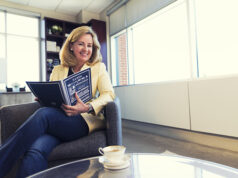 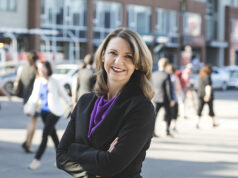