Desirée Bombenon’s life to date has all the makings of an inspiring, from-the-ground-up female success story. A humble, Canadian immigrant childhood; a young, single mother working through university; an entry-level start to her career; the gradual movement up the ranks to the role of CEO; the leadership and transformation of a successful company; a dedicated involvement with the community and desire to give back, particularly to girls and women, in many ways; a creative and energetic woman happily wearing many hats.

Today, the president and CEO of SureCall Contact Centres Ltd., a 24-7, 365-days-per-year contact centre headquartered in Calgary, has many hot irons in the fire. Taking up most of her time is SureCall, which she co-owns with husband Marc Bombenon. Over 35 years (Bombenon has been involved for 30 years), it has evolved from a small, local dispatch centre for pager communications to a full-service business process outsourcing (BPO) provider for clients of every size all over the world. Business is busier, and better, than ever.

“This year is pretty crazy so far,” Bombenon admits from her Calgary office. “It looks very promising. We’re in the middle of a scale-out growth mindset program within the organization, which has been continuing since 2019. It’s busy and we love it.”

Much more than a contact centre, SureCall offers a range of front-end and back-office customer support, BPO and emergency response services to its clients. “We support inbound and outbound customer service through multiple channels,” she explains. “It’s what is known as omni-channel offerings. We’re not just looking at the various marketing streams to assist clients but also at all of the technical, innovation, applications, social media – every kind of contact that our client has, we can manage it.”

The majority of clients are from all over Canada and the U.S. “It can be any size client,” she says. “We have everybody from startups to small and mid-size enterprises, to large corporations and government entities. We help everybody.”

To the energy industry, for example, SureCall provides applications such as emergency response planning and employee tracking and monitoring. “We also do order entry for a number of large restaurants, food and beverage and consumer goods companies,” she continues. “We do complete customer support and fulfilment services, whether that’s inputting information into a database, sending out coupons for large grocery chains or connecting organizations with their customer base. If you can name it, we can do it.”

Originally born in Sri Lanka, Bombenon moved to Calgary with her parents when she was three years old. The family lived a humble life. “It was a pretty tough life,” she recalls of growing up in Calgary in the 1970s. “I ate oatmeal for most of my young adult life because you could buy it in bulk. It’s cheap but good for you.”

Bombenon started at SureCall (then called Page Direct) in 1989 in the call centre. With two young children and her job, she nonetheless managed to attend the University of Calgary, graduating with a business degree concentrated in marketing. Her position at Page Direct rose.

At the same time, Page Direct’s competitive landscape was transformed with the advent of cellphones. “We sold our paging divisions and opened several cellular stores (Telus stores today),” she explains. “We eventually became the largest dealer for cellular in Alberta.”

The company eventually sold all of the paging and cellular phone assets. “We had this dispatch centre left over from the paging days, and didn’t know what to do with it,” she says. “We were going to close it down; however, with the encouragement of several customers, we opened an after-hours servicing centre.” That centre operated as a service bureau for several years until SureCall was reborn in 2013 and Bombenon took over the role of CEO.

Today, SureCall employs between 100 and 130 Canadians, located across the country. “We have employees from B.C. all the way out to Newfoundland,” she says. “We use work-from-home remote agent solutions along with our in-house agent pool. We’re a 24-7 centre, so we have shifts all throughout the day and night. But we’re quite flexible with our shifts, for whatever works best for our teams.”

Amongst her employees, Bombenon is lovingly referred to as SureCall’s chief disruption officer. “I feel compelled to change how our industry is looked at and to raise the bar through technology and creative innovations that showcase how valuable outsourced solutions could be to companies who embrace them,” she explains. “The traditional view of what our industry does is old school and I am constantly introducing new technology and pushing our team outside of their comfort zone.”

A recent highlight occurred in April 2019, when SureCall became a Certified B Corporation – the only certification that measures a company’s entire social and environmental performance. “The verification is an important factor for retaining great talent and engaging new clients; it’s something everybody is looking for,” Bombenon says proudly. “We were named ‘best for the world honoree’ for 2019 in community giving.”

Not content to remain static, Bombenon is working on a number of projects for SureCall now, with big plans for the future. “We’re looking at a potential platform change,” she reveals. “A fully cloud-based platform that allows us to integrate artificial intelligence into our services. For long term, we’re looking at a global scale-out. We want to progressively expand into Europe, Australia and some other large markets globally.”

SureCall is not Bombenon’s singular focus. She also owns a boutique wine and specialty spirits import business – Desirée Imports – which she launched 10 years ago out of her passion for good wine. A certified sommelier, Bombenon’s goal with the wine business was to bring great, socially-responsible wines to Canada. “We want wine that tastes great but is also environmentally sustainable,” she says, noting much of the wine is sourced from France with some New-World additions coming soon. “We sell to boutique wine stores, restaurants and liquor stores here. We get to travel to all of these amazing vineyards to try all the wines; so fun!”

Two of her grown children are now involved in the business, which she believes has major potential. “It started as more of a hobby than a business but it’s starting to expand and grow now. It’s becoming a real going concern.”

In addition to businesswoman and sommelier, Bombenon is also an accomplished writer, the author of two novels. During a sabbatical in 2010 she started writing an action adventure novel called The Offering, which was published in 2012. Her followup novel – The Congregation – was published in 2015.

“It was a lot of fun and it helped me work through some of the things in order to get my mind back into business,” she says. “The books, believe it or not, started to get some attention and were getting picked up mostly online in the U.S.”

Her desire to give back, particularly to women and girls, has been evident for many years. After 10 years of work in the area, she launched Mentor In A Mini-Skirt, a program that encourages and fosters female mentorship. “We may think we’ve moved the needle on gender parity, but I think we have a long way to go,” she warns.

Mentorship is not just for young women either, she notes. “Women of every age are looking for mentorship to help them find not only their voice but also to navigate the journey of leadership, especially in predominantly male-led industries.”

In 2017, as a fellow at Harvard University’s Advanced Leadership Initiative, Bombenon designed the Hero Girls project. Its mission is to educate underserved females in developing countries. “We provide scholarships for early education to the girls who would not otherwise be allowed to attend school,” she says. “My pride is actually the entrepreneurial program I designed for the older females where they learn about business and how to launch an innovation project. We also support a mother’s group with microcredit loans for local businesses. It is a really great program and still going on today.”

Bombenon and her husband Marc attended the graduation of the first class of Hero Girls in Nepal last November. “There were 105 girls that went through the program with 30 successful innovation projects launched in their community,” she beams. “It was very exciting for us.”

Closer to home, Bombenon is involved with the Calgary Chamber (as chair of governance and HR, for the board), Children First Canada (also as a member of the board and chair of the governance and HR nominating committee), the National Music Centre, the Distress Centre and Inn from the Cold, to name a few.

She joined the Young Presidents’ Organization (YPO) in 2004 and in 2011, became the first female to chair the Canadian region. “YPO is a wonderful organization of like-minded individuals and everybody is very much about helping each other succeed,” she says. “But it is still predominately male members. In order to get more female members we have to gain the same respect and have the same confidence as men. You can only do that in a position of leadership where you can contribute your opinion and ideas about how to make the organization better for everyone.”

For all her efforts, Bombenon has been recognized and awarded many times over. Notably, she was a 2019 EY Entrepreneur of the Year and a 2018 Leaders Award winner. She was nominated for a 2019 Women of Inspiration Award and made the list of Canada’s Top 100 Most Powerful Women in 2016 and 2017. “Those were all meaningful things, but really, the awards are a reflection of the work my team and I do together every day,” she explains. “Really, the awards belong to my team at SureCall.”

She’s bullish on Calgary, despite recent economic troubles, noting the “true grit” in this city. “We’ll continue to find ways around these obstacles and get to that creative mindset of designing, innovating and finding new ways to do business and to flourish,” she urges. “It’s one of the reasons I have never moved from Calgary. To me, it is one of the best places in the world to live and raise a family.” SureCall, she adds, has continued to grow throughout the downturn.

Her wisdom is apparent when reflecting on the challenges she’s faced in life and business. “It’s been 30 years of crucibles to the point that if something isn’t going wrong I think something must be going wrong,” she laughs. “You just put a check mark in the lesson learned column every time. Because failure is the foothold for your climb to success and without it, you’ll never reach your full potential.”

Bombenon’s story is inspiring, for women and men, young and old, rich and poor, immigrants and Canadian-born. The principles she has lived by – hard work, embracing challenge, giving of oneself – have served her well, and everything she touches. She is a true leading lady. 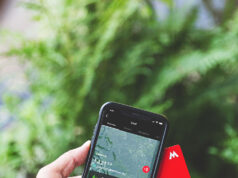 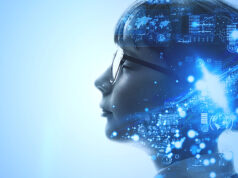