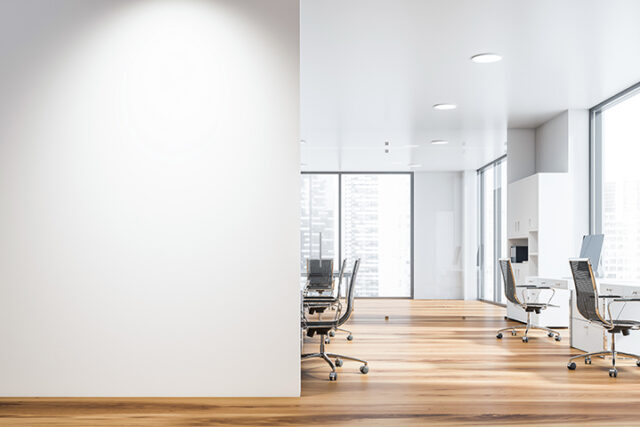 The road back to the office post-pandemic will be paved with good intentions. Yet local interior design experts urge employers to avoid the fast lane back, and instead use this opportunity to reset the traditional workspace aesthetic.

The incentive? An opportunity to promote creativity, productivity and collaboration when its arguably needed the most.

“We’re finally returning to the office from home where we’ve been for what seems like forever. And there’s a newfound level of excitement that comes with that … as well as a bit of apprehension,” says Lucy McMurray, a Calgary-based architecture and design market manager with Conexxion, a contract furniture agency.

“This is a great time for employers to capture that energy and freshen things up a bit – break away from the norm and try some new things, specifically as it relates to design.”

A poll conducted earlier this year by market researcher Leger found four out of five respondents in Canada don’t want to go back to their pre-pandemic schedule. Dig into that a bit more and the poll also found 82 per cent of respondents gave their working-at-home experience a positive review.

“People who have been working from home during the pandemic and are now coming back have become used to certain creature comforts. We’ve become used to having the kitchen a few steps away or being able to lounge on the couch or sinking into a comfy chair while trying to pound out some documents,” says Julie Okamura, principal with Calgary-based interior design firm Pop Design Group.

“It’s understandable that people would come back and have a bit anxiety. They are not able to relax and be themselves like they were in their own home.”

Some of those creature comforts will include everything from lounge areas and games rooms to restaurant-style lunchrooms and multi-functional outdoor spaces.

“Part of it is about creating that social experience,” says Okamura. “But it’s also about creating a lifestyle within the office workspace, which never used to be the case.”

Adds McMurray: “We call it ‘resimercial design’ – the combination of residential and commercial interior design. It’s about having these flexible and comfortable spaces that resemble home – more lounge furniture and casual collaboration spaces.”

Okamura also points to the importance of natural light – “people will crave it after being holed up their homes for so long” – as well as well-placed artificial light. She recommends something in the range of 2,500 to 3,000 Kelvin.

Meanwhile, colours, textures and even scents offer the opportunity to bring Mother Nature inside, whether through aromatherapy or vibrant greens, yellows, oranges and pinks.

“These scents and colours give us more energy, which can lead to improve creativity and collaboration,” says Okamura.

Joanne Young, president of Greenery Office Interiors, says plants were already making their way into many Calgary offices pre-COVID. Now with workers returning to the office, that little touch of green will go a long way in making them feel right at home.

“Offices are going to change. They have to,” says Young, whose company offers interior plant service and office plant leasing services. The company’s more recognizable projects include the Winter Garden in Jamieson Place and the award-winning “The Staghorn” Living Wall project for ATB built in partnership with Green Over Grey.

A study titled “The Global Impact of Biophilic Design in the Workplace” commissioned by flooring company Interface and led by psychologist Cary Cooper found employees who worked in environments with biophilic design elements were 15 per cent more productive in comparison to groups with no greenery or natural environments.

The study also found nearly 90 per cent of workers in offices with biophilic design reported improved wellbeing following the change.

“In addition to providing increased oxygen, there are obvious mental health benefits to incorporating plants into the office. And healthier environments equal more productive employees,” says Young, noting that in addition to traditional planters, some of the more popular trends recently include living or moss walls.

“When you also consider things such as worker productivity, creativity and improved concentration, the cost of purchasing and maintaining plants provides a great return on investment for companies. The benefits far outweigh the costs.”

Strategically placed planters can even be multi-functional in also providing physical distancing in the office – something McMurray anticipates will be in place for some time still. In fact, she expects to see larger workstations, more open space and even higher cubicle panels making their way into offices moving forward.

On the way out? Benching – where workers sit side-by-side in a long row of desks – along with hot desking or desk sharing and even large corporate boardrooms.

“I just don’t see 20 people being crowded in a boardroom being the norm moving forward,’ says McMurray. “In their place, I see more things like smaller breakout spaces for up to four to five people. We will still crave connection. We will still crave collaboration. We just need to be respectful and conscious of what people may or may not be comfortable with in an office environment moving forward.

She also points to a new product by Artopex called the Mute Box. The free-standing phone booth is encased by double glass walls and three-inch air chamber and high-density soundproofing.

“One of reasons it’s fantastic during these times is it has a robust ventilation system – almost 10 times better than you would see in an office model in terms of air circulation,” says McMurray, noting air in the Mute Box circulates once per minute.

For small businesses on a budget, Okamura says a fresh coat of paint and the right choice of lights will go a long way.

“If you could only do one thing, I would say play with some really fun, vibrant colours that will allow you to update your space. It’s the easiest and least-expensive way to spruce up a place,” she says.

McMurray agrees, saying even the smallest things that an employer can do to elevate the look of their office offers an opportunity to inspire their employees and make them excited about coming back.

“We’ve all been so disconnected for so long. Going back into the office doesn’t have to be a mundane transition. We can be excited about it, and the first way to do that is making the office a really inviting and inspiring atmosphere.”