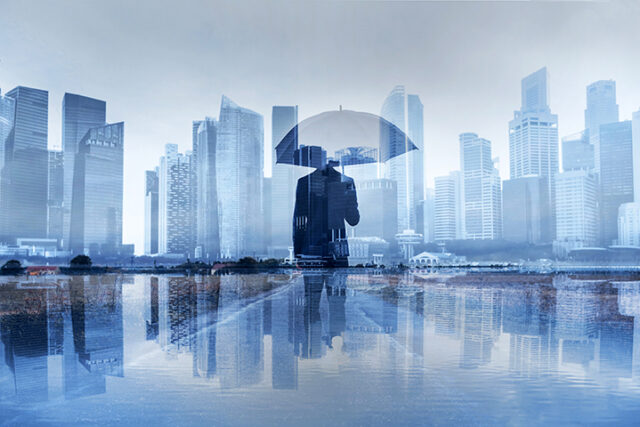 For some personal and some business-strategic reasons, succession planning can be a touchy topic for business leaders and owners. While the topic itself is complex, so is the reluctance, procrastination and avoidance.

Unfortunately, the numbers are telltale. While many business leaders agree about the importance of eventually transitioning the business and the need for a sound succession plan, only a minority are doing something about it.

According to the Canadian Federation of Independent Business (CFIB): “The approaching retirement of the Baby Boomer generation means that the business landscape is poised for a dramatic shift. Some 72 per cent of business owners intend to exit their business within the next decade, with over $1.5 trillion worth of business assets to be transferred to a new generation of business owners.”

CFIB’s Getting the Transition Right survey for small business succession planning urges that “ensuring a smooth transition of ownership requires an effective succession plan. Yet less than half (49%) of business owners have a succession plan, and only about one in 10 (8%) have a formal written plan.”

With all the years of strategizing, business successes and speedbumps and savvy business experience, some business owners are reluctant about succession planning, not only because it’s often an emotional ending but because it is something they’re not used to doing. “Business owners know how to run their businesses. They have been doing it every day for years, even decades,” says the respected Jim Rea, partner with MNP’s Private Enterprise group in Calgary and MNP’s regional succession services leader.

“They do get better at it every year, but business owners typically don’t transfer or sell their business more than once. So, anything they do only once is highly susceptible to something going wrong. And they don’t want to have the final, most valuable, transaction of the business to fail.”

With much experience, and a uniquely empathetic touch, he points out that “anything that doesn’t have a firm deadline usually ends up taking a back seat to the day-to-day issues that consume a business owner’s time and energy. Some business owners assume that their daughter or son will take over the business, although we find these assumptions are often made without forthright conversations with the family. They procrastinate having the conversation fearing they will hear something that they don’t want to hear. And, frankly, many owners just don’t know where to start.”

While he outlines the detailed planning, decision-making and steps for an efficient transition, Rea says, “A succession should be carefully planned, well in advance, so the new leaders (whether inside the family, or the management team) can be groomed for the roles the owner will be vacating. The grooming may involve leadership training and building rapport and trust with major customers, suppliers, financiers and the employee group.”

Although classic business logic has consistently warned against it, succession planning invariably overlaps business and personal. Part of the overlap is the business owner’s initial big decision to sell the business to family, to employees or an outside buyer.

MNP Calgary’s Jim Rea has much succession planning experience and adds that that succession may not always be more viable than selling. “True, it may allow for a more gradual transition for the exiting owner, with more flexibility if they decide they want to work less than they had promised after the handover. But, for some, selling to a third-party gives them freedom to detach themselves from the business and pursue other goals.

“Depending on the type of business, a family succession may help maintain customer and supplier relationships, especially if the successors have been working in the business a long time and have been given the authority to make decisions. This is one of the most important parts of the succession plan: preparing the business to prosper without the founder having to control things or even be in the office.”

He agrees that the family aspects of succession can get tricky. “Family issues are often the biggest roadblock in succession planning. More often than not, we find that resentments over past events come to the surface during succession planning. Siblings, feeling they are being treated unfairly or their wishes are not being considered, are common sources of conflict.”

Selling the business has its own list of pros and cons. “Recently, many business owners have been approached by unsolicited buyers,” Rea adds. “For the business owner, having in place a company that is sale ready, including appropriate structuring to ensure optimal after-tax cash, and having optimized value, together with personal planning, means being able to address those offers with confidence and exiting on the owner’s own terms and timelines.”

He underscores that getting professional help is vital. “Advisors who have taken families through this process many times have a lot to offer. Rarely are business owners not surprised by some revelations brought to light during a comprehensive succession process.”

The business bottom line is that, ultimately, succession planning is important planning for the future. CFIB stats and trends point out that seven in 10 business owners agree that the two-plus years of pandemic disruptions have changed their thinking about continuity, succession planning and how they plan to retire or exit their business.

Jim Rea senses that the past couple of years of business broadsides have likely triggered business owner interest about the future and the option of succession planning. “Many businesses have suffered profoundly over the past two years, not only from having to close or cut-back operations, but from employees pursuing other opportunities. Some businesses have prospered by being agile in changing how they deliver their goods and services, but I don’t know any business that doesn’t need more employees right now.

“We are hearing from a lot more business owners who have done some soul-searching and think it’s time to get serious about succession,” he says. “Many are implementing employee stock ownership plans to retain employees that are key to the growth of the firm and its future leadership.”