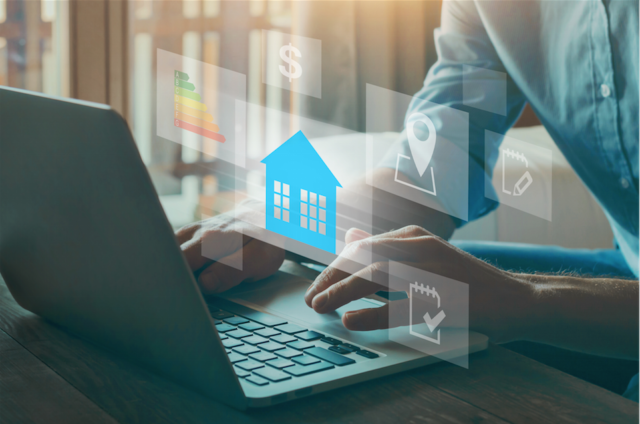 After more than a year of spiked home prices and real estate frenzy – in Calgary and throughout most of the country – the hot real estate market has begun to cool.

The stats and trending reveal that Calgary as well as Toronto, Vancouver, Montreal, Ottawa and Edmonton experienced declines in home sales as Bank of Canada interest rate hikes have cut into affordability and dampened demand.

A late-July report from RBC details a ‘historic’ housing correction happening in Canada. The report points out that the Bank of Canada’s aggressive interest rate hiking campaign has weighed on the real estate market and caused four consecutive months of price declines. The RBC report also noted that it now expects the average home prices across Canada to decline by approximately 12 per cent from the hot market February peak, by early 2023.

While the RBC forecast says that if that projection materializes it would rank as the steepest correction of the past five national downturns. The bank also cautions that the correction will play out differently depending on the specific market.

Calgary appears to be an exception.

While the Canadian real estate market closely tracks sales-to-new-listings ratios for major markets and shows balanced conditions between buyers and sellers in most of the country, Calgary is an exception and continues a mostly seller’s market.

The economy in-general and spiking mortgage rates get the credit – or blame. According to analysts and real estate experts, increases in borrowing costs and more expected interest rate hikes will impact sales and prices even more for the remainder of the year.

“Equally, rising rates will increase construction costs, mainly due to increased financing costs. Compounded with surging material costs and labour shortages, this constrains housing supply. Taken together, the Canadian housing markets are expected to experience a downturn by mid-2023,” he says. “Estimating what is needed to solve Canada’s housing affordability crisis by 2030, this would then lead to more pressure on the rental segment. Potential homeowners will stay renting longer and rental vacancy rates will be even lower.”

Respected Calgary realtor and former CREB chair Corinne Lyall, owner/broker of Royal LePage Benchmark points out that “spiking mortgage rates will inevitably balance the market. It will lead to an adjustment period as buyers will have to save more down payment to qualify for mortgage amounts. Sellers will have to start thinking about being realistic about their list prices as more inventory comes on the market. There shouldn’t be a concern about prices coming down but more a cooling off period as less buyers enter the market.”

Calgary’s real estate market is affected by many of the factors which impact the economy. Consumer confidence. Inflation. Migration. Unemployment. And, of course, interest rates.

“Higher interest rates mean borrowing costs go up, which will likely see the economics of both private and public sector projects re-evaluated,” notes Deborah Yedlin, president and CEO, Calgary Chamber of Commerce. “It’s not out of the question there will be projects that will be delayed because the costs are higher. This is on top of cost inflation associated with supply chain issues, which has already caused some projects to be put on hold or delayed.”

“While we are starting to see some transition, it is important to note that in Calgary year-to-date sales are still at record levels and prices are still far above expectations for the year.”

Hike mortgage rates are already impacting the Calgary market. According to CREB chief economist Ann-Marie Lurie, “It was inevitable. Higher interest rates have an affect on Calgary home sales, helping to shift the market toward more balanced conditions and taking some pressure off prices.”

CMHC’s Dugan is part of the professional consensus that “the hot market” couldn’t and wouldn’t last. Something had to give. “The skyrocketed prices and low interest rates were unsustainable. The cost of housing reached levels that are unaffordable for a large share of new home buyers, translating into a slowdown in 2022.

“The expected increases in borrowing costs will contribute to a further slowdown in house price growth in 2022 and 2023. Mortgage rates eventually start to stabilize in 2024,” he adds. “Supported by rising household income and higher immigration, house prices are expected to return to positive but moderate growth.”

Although the Calgary markets cooldown is not as sharp as other markets (like Vancouver and Toronto,) Calgary realtors and business leaders are positive about the Calgary momentum going in the right direction.

“We talk a lot about an inclusive recovery, because it has real economic benefits,” Yedlin says. “That means ensuring equity-deserving groups have a seat at the table and a stake in decisions. Affordability is part of this. If people don’t see opportunities, or can’t afford to access them, we’ll miss out. Higher interest rates will cause housing prices to moderate, which will cool housing markets and potentially improve affordability.”

Migration is also a key factor for a real estate market. And for Calgary, that is encouraging good news. Migration from other provinces to Western Canada continues to prop up housing demand and prices, as prospective home buyers from Ontario and B.C., priced out of their respective local markets, flock to Alberta. As a result, Calgary has become a relative hotspot for many first-time homebuyers and young couples.

From a hot market to a balanced market? It is getting there, but slowly.

“As expected, higher interest rates are starting to have an affect on home sales. This is helping shift the market toward more balanced conditions and taking some of the pressure off prices,” explains Lurie. “While we are starting to see some transition, it is important to note that in Calgary year-to-date sales are still at record levels and prices are still far above expectations for the year.”

“The current economic conditions in Calgary should help continue to favour migration to the city,” Lyall says. “Even with real estate prices increasing the last few years, Calgary is still one of the most affordable cities to live in Canada. As well, it helps that there is pent up demand for people moving to Canada since the pandemic and we will continue to receive our fair share of migrants.”

“Relative to other cities, Calgary still stands out as a more affordable place to live, work, and play,” Yedlin points out with positivity. “According to the most recent survey issued by the Economist Intelligence Unit, Calgary ranked as the world’s third most liveable city. That said, we need to continue to make strategic investments, such as affordable housing stock, to continue to be a city that attracts talent, capital, and opportunity. Right now, we are seeing rising rental costs, which is going to squeeze people and families in the lower income brackets.”